About frames for the military industrial complex of the country

March 18 2015
7
Prime Minister of the Russian Federation in March of this year. approved a plan for training specialists for enterprises of the military-industrial complex of the country. In a number of industries, its implementation has already begun. This is a very important indication, and therefore I would like to share with the readers of the Military Review some experience in this work.

After graduating from college and then university (aerospace instrumentation), in 1963, I was sent to work in one of the defense research institutes of the city of Leningrad. At the University he was secretary of the Komsomol organization, a member of the party and a freelance instructor of the Leningrad Regional Committee of the Komsomol. I had good mentors and teachers, so by the end of the university I already had published scientific work, and at the department I took part in research (I created the model management system for aircraft). As I had enough time for all this, I’m not going to let my mind go. After presenting a diploma for protection (I prepared it ahead of time), I was sent to participate in the reporting and electoral Komsomol conference in the Moscow district of the city. The conference was held, and I was elected the second secretary of the Moscow district committee of the Komsomol of the city of Leningrad.

I appear after that at the university, the rector calls me (Prof. A. Kapustin), looks at me and says: “Have you been stunned? What district committee of Komsomol? ”VS Ovchinnikov, head of the department of philosophy, and S. S. Dunin-Karvitsky, deputy dean, calls to him. And all three of them in one voice demanded that I go to work in a scientific research institute, my place is there, and not in party work.

I had to go to Smolny in the Komsomol City Committee and write a statement saying that I want to work in industry for at least two years, and then, if necessary, I will return to party work. There were still four days left until my candidate was appointed as secretary of the Moscow Komsomol District Communist Party Bureau, so my request was granted, but they made a remark to me. Each leader in the Smolny defended their positions. And they could be understood. After all, at the university I was sent to study as an excellent student, in a special unit after graduating from a secondary military-technical school, since he grew up after the war with his mother, his father died defending Leningrad. Therefore, we, cadet honors students, were sent to study at universities, and in 18 years I already had the rank of lieutenant. 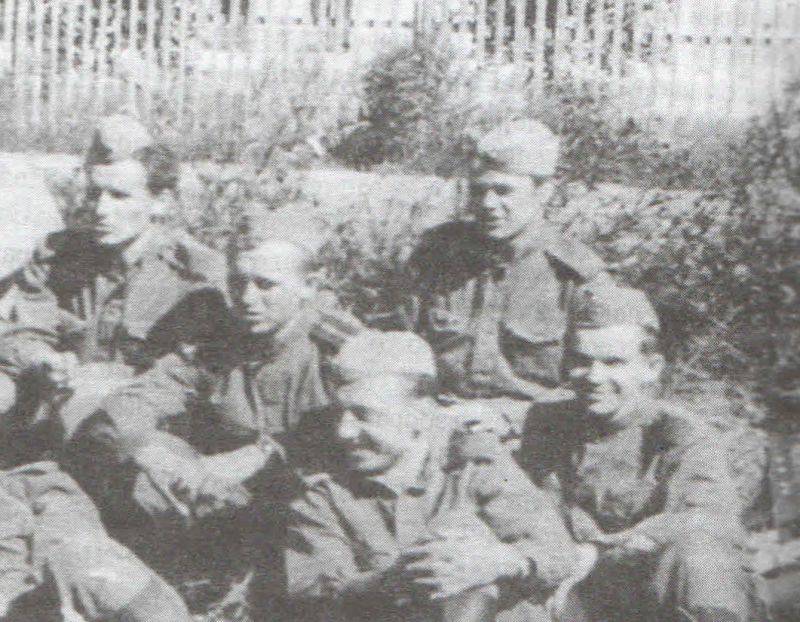 Having defended my diploma, I was sent to work at SRI-33. This is how my mentors aimed me for the development of the cause to which they dedicated their whole lives and defended the country during the Great Patriotic War.

After going to work at SRI-33 as an engineer, I worked only one day in the laboratory, where I wrote my thesis. The next morning I was summoned to the director of the Institute. There were several executives in his office. When I entered the office, I noticed that they all somehow stared at me. I reported. Next, I omit an interesting conversation. I was brought to the decision of the USSR Ministry of Radio Industry that one full-time position was open at the post-graduate NII-33. On the recommendation of the Party Regional Committee, I was asked to submit an application for admission to graduate school. Two weeks passed, and I, after passing the exams in the specialty and foreign language, was enrolled in full-time graduate school, continuing to work part-time in the laboratory as an engineer. And I passed my Ph.D. in philosophy back at the university right after defending my thesis. So you could do it. Attaching great importance to the theoretical training of future scientists, I, with three graduate students from other research institutes, were assigned to the Physics and Mathematics Faculty of the Leningrad University for training in a special program. Preparation lasted 3 month.

By coincidence, I managed to prepare my dissertation in a year and a half. At the same time, scientific articles were published, copyright certificates for inventions were obtained and a number of research and development reports were issued. The solution of my scientific task was connected with the automation of the landing of aircraft, and I completed it. The system has passed all kinds of tests and was adopted. More than 50 hours as a researcher and co-pilot, I flew in the process of testing on the aircraft Li-2 and IL-18. And on MiG-21 airplanes I already had to sign flight assignments for test pilots with the chief designer of the onboard equipment Rhomb-1K.

By the end of 70-s, many types of military hardware were created under my guidance and direct participation at the Scientific Research Institute-33, which entered service and began to be mass-produced by a number of enterprises in the country. In 1979, I was transferred to Moscow by the head of the GU of one of the defense ministries. From this period, in addition to the main work, I had to train personnel for enterprises under the jurisdiction of the State Administration. According to the technological cards from the design documentation for a new type of hardware, which were transferred to serial production, we had not only to assess the availability of specific jobs for the release in the required volumes of hardware, but also the required number of specialists in professions and qualifications. In the event of their absence, the enterprise set the time frame for their preparation and provided assistance in training specialists for specific jobs. For this, the system of vocational schools, special courses at the enterprise or related enterprises worked. So, for example, personnel were trained for the release of military hardware, where they were widely used during that period of time:

- sital substrates and microassemblies for microminiature onboard equipment of the aircraft;
- processors for specialized calculators of radar stations and amplifiers for HEADLIGHTS;
- machining centers, flexible automated areas, production, workshops, etc.

For 15, the leadership of the subdivision of breakdowns in pre-production, including specialists for the release of new types of military equipment, has not been for years. Interesting is the experience of the government of Moscow, when in the middle of 2000-ies there was a tendency of obsolescence of personnel in defense enterprises and the salaries of specialists and workers began to decline. At that time 305 of defense enterprises worked in Moscow. By the decision of the Moscow Government, land plots were allocated for the construction of residential buildings for young professionals and workers of these enterprises. At the same time apartments were provided to them at cost, and not on commercial terms. Also, the Moscow government has allocated funds from the city budget for supplementing young specialists and workers in the defense industry enterprises with monthly stipends. In this case, their monthly salary began to exceed the salary of the enterprise. Two years later, the average age of specialists at Moscow’s defense industry enterprises became lower than 35 years. The problem was solved.

An interesting experience in targeted training of specialists and workers appeared at the enterprises of OJSC Concern VKO Almaz-Antey in St. Petersburg. There are six enterprises of the concern. On the initiative of the Deputy General Director of Concern EKR Almaz-Antey OJSC, Doctor of Technical Sciences, Professor ML Podvyaznikov, who is at the same time the General Director of Obukhovsky Zavod OJSC and the North-West Regional Center of the Alma-Ago Concern VKO Antey ”, a personnel center was created, whose task was to train workers in the professions required for the production of six enterprises. At the same time they are in the Baltic University "Voenmech" them. Df Ustinov was established basic department for targeted training. At the direction of M. Podbyvnikov All St. Petersburg enterprises of the concern submitted their proposals to the federal program for targeted training of specialists, starting with the 1 course, at the expense of the budget. At present, under the jurisdiction of M.L. Podvyaznikov. enterprises in St. Petersburg employ more than 10 thousands of specialists, and the volume of products manufactured by these enterprises exceeds 50 billion rubles. For St. Petersburg, this is very important, since the wages at the enterprises of the concern are at a fairly high level. 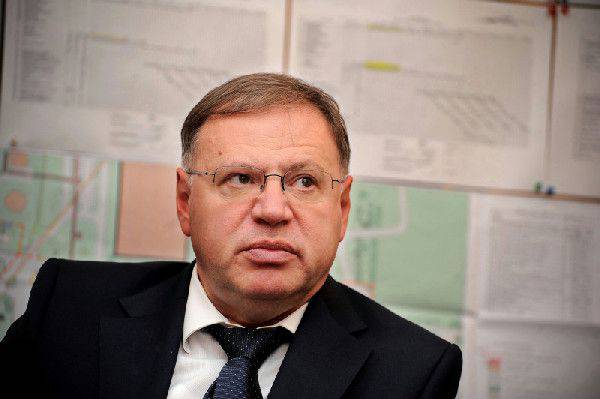 At the enterprises of the defense-industrial complex of the instrument-making profile, as a rule, the 3-4 technologist at 40-50 employees worked to create new types of equipment. Of all the types of basic technologies, no more than 30 types of technologies are used in enterprises of this profile. In this case, it was possible not only to use advanced technologies in the creation of products, but also to reduce the labor intensity already mastered in the production of military hardware to increase their profitability and the possibility of increasing profits in enterprises. Also, on special assignments for special types of products, it was possible to develop simplified technologies.

The work of the base department of VNIIRA OJSC and St. Petersburg Aerospace University allowed in 2014 to assess the quality of training young professionals for instrument-making enterprises of the military-industrial complex. Monitoring the enterprises of this profile in a number of regions of the country for the quality of training young specialists in the following specialties: 2130062, 214040068, 21020062, 16090565 allowed us to establish employers' requirements for the knowledge of the specialists they are going to hire. These requirements extended to the following subjects: physics, statistical radio engineering, optics, mathematics, radio engineering, microelectronics, systems, complexes and projects modeling, working with applied programs, working with state standards complexes, programming and using languages, basic knowledge (to be able to work with digital oscilloscopes, spectrum analyzers, frequency generators, etc. 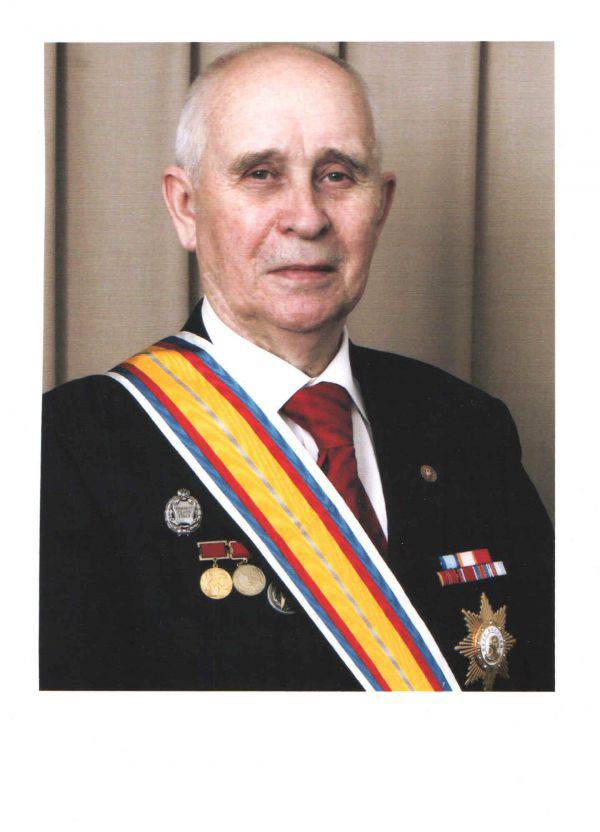 The results of our research I reported on the NTS MIC in December 2014. The reaction was positive, and as a result, apparently, a training program was developed for specialists of military-industrial complex enterprises of the country.

Currently, the Concern VKO Almaz-Antey OJSC includes more than 80 enterprises, which employ more than 150 thousands of specialists. The number of base departments in these enterprises has already exceeded 40. For the targeted retraining of specialists from all enterprises, the concern’s management has set up a training center in Moscow. The initiator of this area of ​​training and ensuring their competitiveness is the head of the concern’s personnel department V. Fedorov. 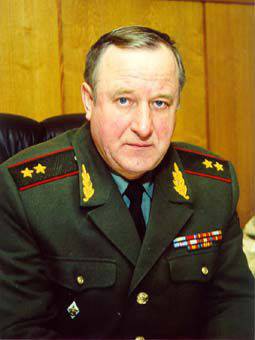 On his initiative, all the basic departments of the concern's enterprises presented to the personnel management not only lectures delivered to students, but also monographs and textbooks published by the scientists of the concern's enterprises. This approach to systematic professional development of the concern’s enterprises and the growth of their competitiveness should be carried out in other industries of the country. Of particular interest is the concern's policy of maintaining young professionals in all enterprises. An annual scholarship is established for the most gifted and positive results. Also at the enterprises of the concern held competitions called "Golden Idea". The winners of these competitions receive scholarships and gratitude from the management of enterprises. Gifted young specialists enter graduate schools of enterprises, where they are provided with scientific guidance, the publication of scientific achievements and the thesis defense at specialized councils. So, for example, in VNIIRA OJSC (former SRI-33) for 2014, young specialists published in scientific journals more than 60 scientific papers and reports at conferences.