How was created Y-2 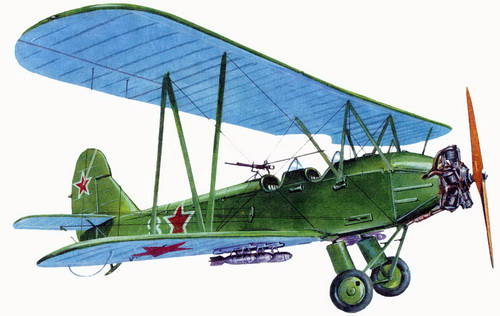 Everyone knows that the aircraft N. N. Polikarpov U-2 played a large role in stories domestic, and perhaps world aviation. On this machine, tens of thousands of pilots studied flying. Cheap in production and unpretentious in operation, the U-2 was built in series for many years.

In one of the flight schools, the instructor explained to the cadets the main features of the machine design:
“The U-2 plane consists of rods and holes. Sticks for reinforcement, holes for relief. ”

For all the anecdotalities such an explanation contained a rational grain. The aerobatic qualities of the Y-2 were also unique. He barely entered the corkscrew and left it with minimal delay. It is said that one day V.P. Chkalov at the ground turned U-2 along a roll almost 90 degrees to fly between two birches, the distance between which was less than the wingspan.

In numerous publications, the construction and history of this remarkable machine has been described in sufficient detail. Nevertheless, the history of the aircraft is largely unknown to readers. And even in the detailed book of V. B. Shavrov, quite a few have been written about this. Let's try to open the curtain of time and tell you how U-2 was created.

Beginning with 1919, our main training aircraft was U-1, created on the basis of the British intelligence officer Avro-504, whose first flight took place back in 1913 year. It is not by chance that in 1922, the question arose of the need to develop a more modern training machine, especially since by that time the methodology of teaching flight business had undergone significant changes. It was recognized that it was necessary to carry out training for independent flights on initial training aircraft, and to grind up skills on training (transitional) machines. 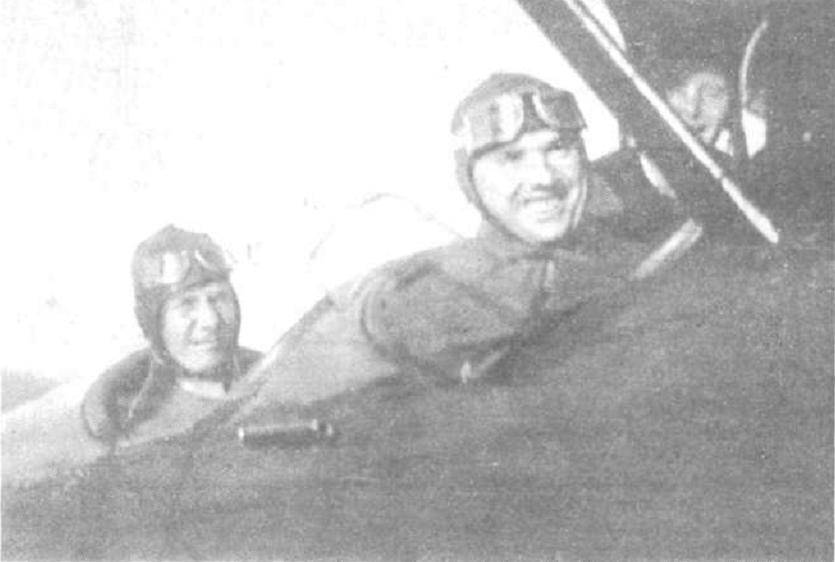 N.N. Polikarpov in the cabin U-2

Nikolai Nikolayevich Polikarpov directly engaged in the development of training aircraft in 1923. One of his first works in this direction was the project of a two-seater "small training aircraft with an ABC engine" with a capacity of 18 l. with. The car was a pure-form monoplane of pure forms with a maximum flight speed of up to 107 km / h. However, the low power of the engine did not allow for training aerobatics. The project was not implemented.

In October, the 1924 of the Air Force Scientific and Technical Complex developed general tactical and technical requirements for initial training and transitional aircraft. The desire to have as such a biplane with a small landing speed was emphasized.

Under these requirements, Polikarpov designed the 1925U-BZ in “2” - “the second training with the BMW-3 motor” of liquid cooling with the power of 185 l. with. It was possible to install a BMW-IV engine in 240 l. c, then the plane could be considered as transitional. Note that in V. B. Shavrov’s book “The History of Aircraft Designs in the USSR before 1938”, the author of the machine was mistakenly named Moiseyev, at that time the head of the design half-department in the Polikarpov Design Bureau. 2U-BZ differed good aerodynamic forms, sound design. Its construction was completed in February 1926, and in March began testing.

However, the new requirements for the initial training machines made it necessary to treat the plane as transitional, and therefore it was renamed П-1. The tests confirmed the good flight characteristics of the P-1 (2-BZ), in the flight test report, in particular, it was noted that "making a corkscrew sluggish resembles a steep spiral." A series of these machines was ordered, but the building did not take place due to another change in the requirements for transitional aircraft: as instructed by P.I.Baranov, the then head of the air traffic control unit of the NPO, weapons must be installed on the transitional aircraft so that it can be used simultaneously - fighting machine, and light corps scout. So there was an armed version of the P-1 with a BMW-IV engine, and then a P-2 with an M-6 engine.

By the middle of 1925, it was decided to build an initial training aircraft with an engine of about 100 l. with. It was assumed that such an engine in the near future will be able to create domestic design teams. 27 September 1925, the city of Aviatrest, informed Polikarpov in a letter that
"... the initial training aircraft will begin to be designed by special order in connection with the construction of a new engine."

However, Polikarpov had already completed several preliminary draft designs of this type of aircraft before this letter.

By the middle of 1926, the design teams headed by A. D. Shvetsov (Plant No. 4) and N. R. Brilling (NAM I) managed to build the M-11 and M-12 motors and begin their testing. Initially, the scale leaned toward M-12, in connection with which 3 July 1926. Aviatrest officially ordered to begin designing the training aircraft U-2 for this engine. The technical requirements for the car were formulated by the Air Force Scientific-Technical Complex and signed by the chief of the aircraft section of the SV Ilyushin 15 July 1926 g. Actively participated in their development as a member of the Air Force Scientific and Technical Complex and N. N. Polikarpov himself. The requirements, in particular, stipulated that the maximum flight speed should not exceed 120 km / h, and landing - 60 km / h, the plane should be only a biplane scheme and be built from the materials available in the USSR.

During the development of the project, Polikarpov tried to position the student’s and instructor’s seats closer to the center of gravity (unlike the 2U-BZ aircraft). Particular attention was paid to ease of piloting the aircraft. To reduce the cost of operation and production of the upper and lower wings had the same design, providing interchangeability. The wing and tail forms in the plan were made rectangular (“chopped”) to simplify production, which distinguished the first specimen from all subsequent experimental and serial versions of the Y-2. This, of course, worsened the aerodynamics, but in view of the low (even in those times) requirements for maximum speed, it was considered acceptable.

In the Aviatrest report, Polikarpov noted:
"For the first time, significant operational improvements have been introduced in the aircraft, such as: mobile foot controls, mobile seats, foot and hand controls that can be switched off, interchangeable ailerons, elevators, etc."

The exhaust pipes of the engine cylinders were combined into a common annular manifold. The carburetor air intake was located at the bottom of the hood. The cable control had mostly internal wiring, which also distinguished this option from the following ones.

October 6 The 1926 draft concept was reviewed at a meeting of the Technical Council of Aviatrest. The resolution noted that

"The general direction for the design of the U2-M12 aircraft, taken by the land department, is correct"

(in those years, the N. N. Polikarpov Design Bureau existed on the rights of the ground aircraft construction department of the Central Design Bureau of Aviatress). However, it was prescribed to move the gas tanks from the fuselage to the upper wing and "take them out from under the center section." Polikarpov objected to this point, considering that such a placement of gas tanks would worsen the wing aerodynamics, but could not do anything.

Layout U-2 built to 5 February 1927, and immediately began to build the first copy of the machine. However, complete clarity with the motor was not yet. M-12, on which the management of Aviathrest made a major stake, broke down on the stand. Earlier in the resolution of 2 February 1927, the Technical Council of Aviatrest made a proposal to work out the possibility of installing on the U-2 overseas Lucifer motors with a capacity of 100 l. with. and "Salmson" in 120 l. c, in a copy of which was located in various institutions in the USSR.

Drawing Y-2
By the end of March, it turned out that the Lucifer, which was available at the Serpukhov Aviation School, was mounted on a snowmobile and crashed during the run. “Salmson” in NAMI also stood on snowmobiles, worked more than 150 hours and was thoroughly worn out. Therefore, at the end of April, the Aviatrest 1927 ordered to install A.D. Shvetsov's designs on the first prototype of the M-11, which by that time still passed the bench tests, but did not pass the state ones. 23 June 1927. The aircraft was launched to the airfield.

The tests began with 24 June 1927 g. It soon became clear that the oil overheated on the M-11 in flight, often failures occur. In a word, the motor diseases of a child were fully manifested. In fact, flight tests were conducted and the refinement was not so much of the aircraft as of the engine. The Air Cross gave an urgent instruction to install an M-2 engine on the U-12, but M-12 was never able to bring it to the proper degree of reliability. Together, KB Polikarpov and Shvetsova many of the shortcomings of the M-11 still managed to be eliminated. 15 September 1927, the plane passed on state tests in the Institute of the Air Force. They showed that the car has good flight characteristics, including a corkscrew, and generally meets the requirements of the Air Force, with the exception of climb. On the second copy of N. N. Polikarpov significantly improved aerodynamics, putting elliptical wing tips and plumage. The thick wing profile of the Prandtl-Р65 was replaced by another, more subtle, profile “No. 2”, developed by the aerodynamics of NN Polikarpov Design Bureau, since there was no suitable profile in TsAGI. To improve the performance characteristics put the increased rudder. The car was somewhat eased to reasonable limits. Some data suggest that the second copy, which fully reflected Polikarpov’s views on such a plane, was designed simultaneously with the first one, but for various reasons it was decided not to transfer it to production until the testing of the first copy was completed. However, the projects were very close: the same step of the ribs, frames, the same design of all the main elements.

The draft of the second copy was approved by 28 February 1928, after the start of the test. 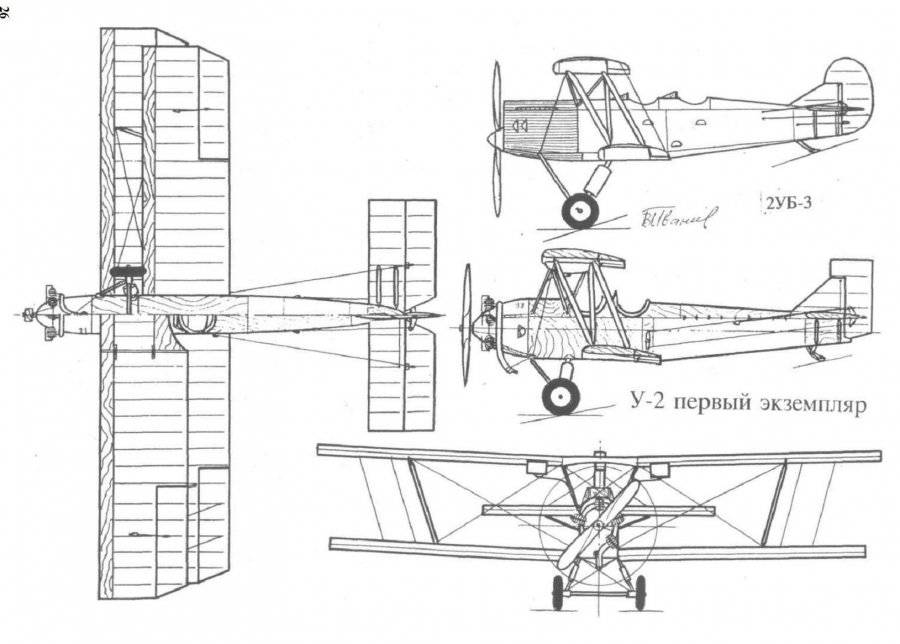 The tests conducted by the pilot Gromov from January 1928, showed excellent flight qualities of the U-2.

- noted in the summary report of the first stage of flight tests.

Already 29 in March 1928 of the NTC Air Force decided to build an experimental series of U-2 from 6 copies at the plant number 25 for pilot operation in flight schools. Serial production unfolded at the Leningrad Aviation Plant number 23. By October 29 1929, this plant built 25 Y-2, of which handed over to the customer 19 machines. In the future, production developed very quickly. For example, only for 1933. 23-th plant produced 1508 machines. Serial aircraft differed from the second instance, basically, the modified hood.

Y-2 had a long life and great fame.

Ctrl Enter
Noticed oshЫbku Highlight text and press. Ctrl + Enter
We are
An-12 in AfghanistanHistory of Soviet Aviation. Polikarpov P-1 - the first serial Soviet aircraft
17 comments
Information
Dear reader, to leave comments on the publication, you must to register.