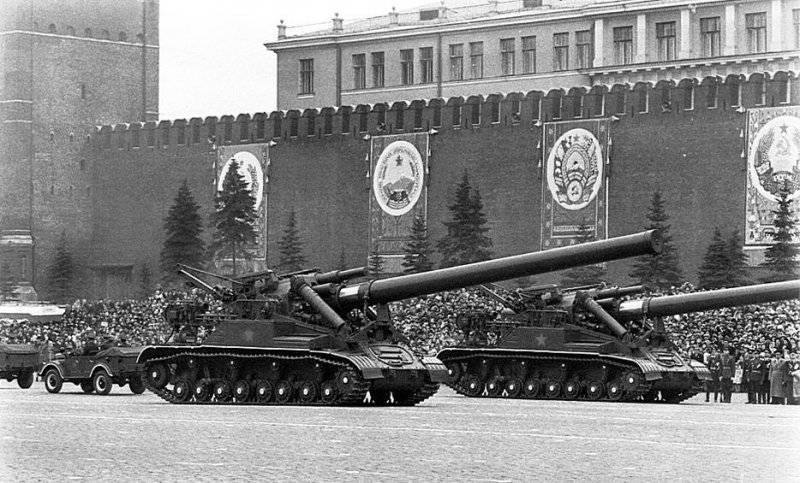 The self-propelled gun "Condenser-2P", index GRAU 2А3 - heavy self-propelled unit weighing 64 tons, capable of sending 570 kilogram projectile at a distance of 25,6 kilometer. Not commercially available, it was all made 4 guns. For the first time, a self-propelled gun was shown at a parade on Red Square in 1957. Shown SAU created a sensation among domestic viewers and foreign journalists. Some foreign experts have suggested that the vehicles shown during the parade were fake, designed for the effect of intimidation, but in reality it was the real 406-mm caliber gun system that was shot at the test site.

The creation of a 406-mm self-propelled gun of special power in the USSR began in the 1954 year. This ACS was designed to destroy conventional and nuclear projectiles of large industrial and military facilities of the enemy, located at a distance of more than 25 kilometers. In any case, the USSR began to develop the 3-x nuclear superorders: guns, mortars and recoilless guns, caliber significantly exceeding the existing atomic guns. The huge caliber chosen was the result of the inability of the Soviet nuclear scientists to produce compact ammunition. In the process of development, in order to ensure secrecy, the artillery system was given the designation “Capacitor-2П” (271 object), and later the gun received its current 2А3 index. The ACS was developed in parallel with the 420-mm self-propelled mortar 2B1 "Oka" (object 273), according to the decree of the Council of Ministers of the year 18.04.1955. 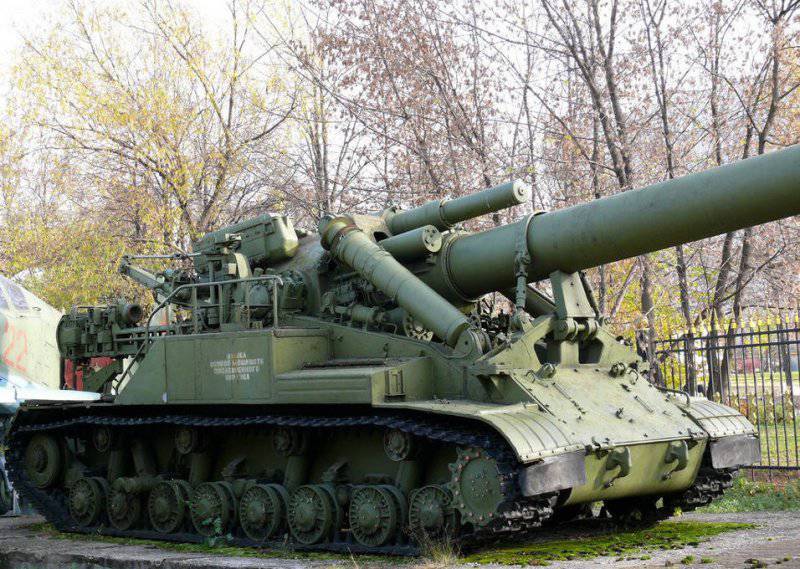 Due to the fact that there was no suitable chassis for mounting such a large gun in the USSR, the OKBT of the Leningrad plant named after Kirov for self-propelled guns 2A3 "Condenser-2P" on the basis of components, parts, technical solutions of the heavy chassis tank T-10M (object 272) a new eight-wheeled chassis was created, which received the designation "object 271". When developing this chassis, the developers focused on the need to perceive large recoil forces when firing a shot. The chassis they developed had descending sloths and hydraulic shock absorbers that were supposed to partially extinguish the recoil energy. The motor-power plant for this self-propelled gun was borrowed from the T-10 heavy tank, almost without any changes.

In 1955, the plant number 221 completed work on the creation of the 406-mm experimental ballistic trunk CM-E124, which was carried out testing of the shots to the CM-54. In August of the same year, the first fully equipped artillery part of the SM-54 gun was ready at the factory. Its installation on the chassis of the Kirov factory was completed on December 26 1956. The tests of the ACS “Condenser-2P” took place from 1957 to 1959 year at the Central Artillery range near Leningrad, also known as “Rzhevsky range”. The tests were carried out in conjunction with the 420-mm self-propelled mortar 2B1 "Oka". Before conducting these tests, many experts were skeptical that this self-propelled artillery gun could survive a shot without destruction. However, the 406-2 “Capacitor-3P” 2-SAU quite successfully passed the test by mileage and shooting.

At the first stage, tests of the ACS were accompanied by numerous breakdowns. So when fired, the recoil force of the CM-54 cannon mounted on the ACS was such that the self-propelled caterpillar cannon rolled back a few meters. When carrying out the first firing using simulators of nuclear projectiles from the ACS, sloths were damaged, which could not withstand the enormous recoil forces of this weapon. In a number of other cases, cases were noted with the equipment installation falling apart, disrupting the gearbox anchorages. 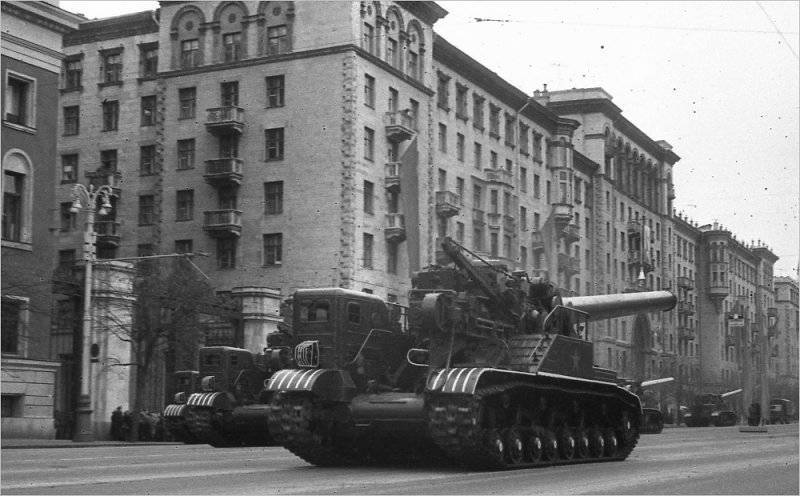 After each shot, the engineers carefully studied the state of the material part, determined the weak parts and components of the structure, and invented new technical solutions to eliminate them. As a result of such actions, the design of the ACS was continuously improved, the reliability of the installation increased. On the tests also revealed low maneuverability and maneuverability ACS. At the same time, it was not possible to defeat all the defects found. It was not possible to completely extinguish the recoil of the gun, when fired the gun drove back a few meters. The angle of horizontal guidance was also insufficient. Due to its significant weight and size characteristics (weight about 64 tons, length along with the gun - 20 meters), it took a significant amount of time to prepare the positions of the 2А3 ACS "Condenser-2П". The specified accuracy of firing the guns required not only accurate guidance, but also thorough preparation of the artillery position. For loading the gun used special equipment, while loading was carried out only in a horizontal position.

4 copies of 406-mm ACS “Condenser-2P” were made, all of them were shown in 1957 during the parade on Red Square. Despite the skepticism of a number of foreign military and journalists, the installation was militant, although it had a number of significant flaws. The mobility of the artillery system left much to be desired, it could not pass through the streets of small cities, under bridges, along country bridges, under power lines. According to the parameters and in its firing range, it could not compete with the divisional tactical missile "Luna", therefore, in service with the forces of the SAU 2А3, the "Capacitor-2P" never arrived.