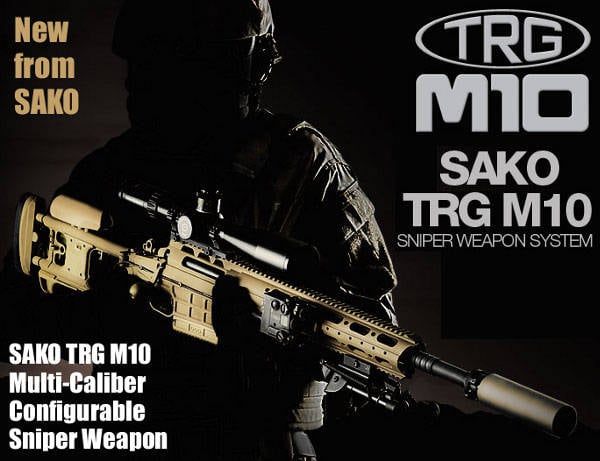 Finns have developed a universal weapon for the sniper. M PORT offers you to look at a rifle, suitable for any fight.

The group of arms companies Beretta Defense Technologies presented to the interested public its promising development. This is a new sniper rifle Sako TRG M10.

This weapon was created by the Finnish company Sako. It is assumed that the new sniper rifles will be replaced by similar M-24, M-40, Mk-13, which are currently in service with the US special forces.

Actually, the development of these small arms has become part of a large-scale US Department of Defense program to provide the army and fleet precision weapons. 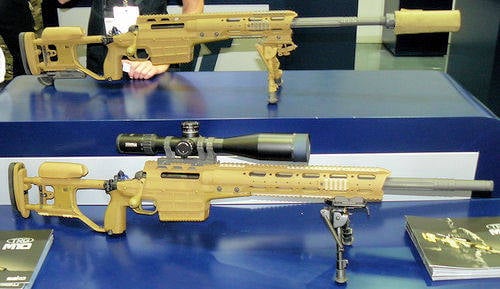 The basis for the creation of a new rifle became its predecessor - rifles TRG-22 and TRG-42. The main advantage of the novelty is in its ability to quickly transform to a specific caliber of cartridge, depending on the conditions of the battle. In addition, unlike earlier models, the TRG M10 is equipped with a special cushion for convenience and greater accuracy of shooting. 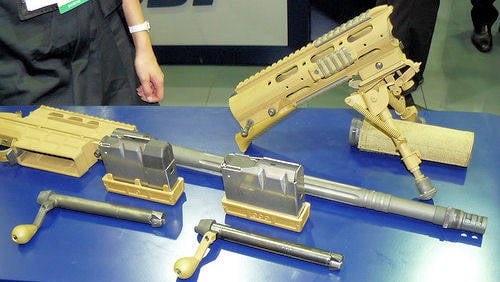 In accordance with these calibers, magazines with a capacity of 10, 11 and 7 cartridges can be installed on the TRG M8 rifle. Moreover, all three types of stores are identical in size to each other.

In addition to replaceable gates, the developers had to provide a rifle and three interchangeable barrels. They differ from each other not only in diameter, but also in length.

Finnish gunsmiths also thought about the convenience of quickly replacing rifle components in rapidly changing combat conditions. In particular, all interchangeable assemblies have their own special marks, well recognizable by touch.

We are in Yandex Zen
Sniper fire in local wars
What should be a modern sniper (part of 1)
37 comments
Information
Dear reader, to leave comments on the publication, you must to register.