Alexander Luzan. Ukraine will not save and default 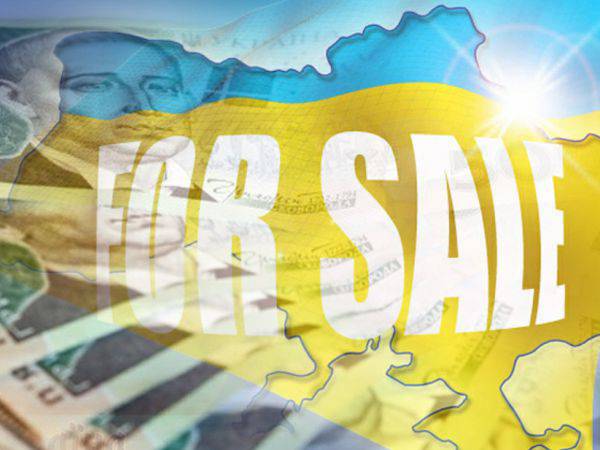 It has never been so bad

It is impossible to speak about the state of the economy of Ukraine without validol. It has never been so bad. Well, maybe only during the Civil War in the last century. But those who remember this are almost no longer alive. At the beginning of 90, the situation was better. Then just let the ruble in free swimming, but there was no such devastation. And there was no war. What can we talk about, if production in Ukraine only in January of this year collapsed by 21%. If during the four years of the reign of Yanukovych and Azarov, the issue of money amounted to 140 billion hryvnia, and in one 2014 year - more than 200 billion hryvnia. It is surprising that the collapse of the hryvnia did not happen in the fall, but only now. And no Gontareva is to blame for this. On the contrary. So long held. Today, take the most brilliant economists - put them at the head of the government and the National Bank, and they will not do anything. Because it's too late to do anything.

Not so long ago, Soros came to Ukraine. At first, he said that Ukraine needed 40 billion dollars right now. When I arrived, I got acquainted with the situation closer - the verdict was unequivocal. The patient is dead. The corpse is numb. Resuscitation is useless. After responded and the IMF. The International Monetary Fund promises to provide Ukraine with financial assistance, but only when the situation in the country becomes stable. Such a statement was made by IMF Managing Director Christine Lagarde. Now they will not give money. Lagarde, in particular, stressed that during the determination of financial assistance in the spring of 2014, the IMF proceeded from the assumption that the conflict in Donbass would end before the beginning of winter. But these expectations were not met.

Kiev actually lost the war to the people's militia. Lost to former miners and tractor drivers. Lost to his own people - it's time to surrender, not to conclude a truce. And call a spade a spade. By the way, in Donetsk they did exactly what the Maidan demanded. They took everything from the oligarchs and nationalized, and corruption was defeated. And in Kiev, the oligarchs are enriched - corruption is flourishing. So are our people so stupid and stupid that they are ready to continue shedding blood for corruption and the oligarchs? And to justify all this with the machinations of Russia, which supposedly encroaches on someone there. And continue to believe the same oligarchs and corrupt officials that it is not they, but Russia is to blame. It’s high time for the Kiev authorities to pack their bags and flee this country, otherwise it’s not an hour right on the Maidan and they will hang. And finally, stop this national arrogance, which leads Ukraine to death. And pseudo-patriotism. There are no patriots in a civil war. Because we do not protect the fatherland, but destroy it. And the continuation of the war will only lead to new victims and tanks in Kiev and Lviv. It is time to stop and begin to build good neighborly relations with Russia.

And if the IMF already requires stabilization at the beginning, and then is only ready to provide loans, then everything is completely bad. Ukraine's debts already exceed the size of GDP. This means that even if Ukraine gives up all that remains, it will still not be enough to pay off debts. About any rescue of the economy we are no longer talking. Ukraine is already bankrupt. And the default actually came. Just not properly decorated. And this is the worst of all. We are deceiving ourselves and the whole world. If we can not pay the bills - it is necessary to say so. Because only permanent pre-default state is worse than default.

Default is not so much a problem of Ukraine, as a problem of creditors. That they need to think about what to do in order to return at least something from the money invested in Ukraine. Default is debt restructuring. Some debts will be written off, payments on others are postponed for some time, when Ukraine can really pay for it. The default will allow you to assess the realities and feel the ground under your feet.

By the way, there was a default in Russia in 1998 year. Nothing bad happened. They took off "Kindersurprise" and became Prime Minister Primakov. Yeltsin could not hold his man through the Duma. Well, well, I could not. And then the economy went up. So do not be afraid of the inevitable. It is necessary to go through and go forward once. Of course, the situation is burdened by civil war. And the recognition of default means the same death of the junta as a military defeat, so it will cling to the IMF loan to the last, no matter what.

Against this background, on the one hand, Yatsenyuk’s position weakened somewhat, under which, for the first time since his election, the prime minister’s chair reeled, which immediately affected the voting of deputies in the Rada. On the other hand, this situation is trying to take advantage of Poroshenko, who has intensified the struggle for influence on the decisions made by the government and wants to introduce his man under Yatsenyuk as the first deputy prime minister (his longtime associate Igor Kononenko), with which he resists furiously.

This fact did not go unnoticed by the deputies themselves. Thus, the deputy from the BPP Natalia Novak noted that “there are many people in the BPP and in general in the coalition who are dissatisfied with the prime minister. As in the “Popular Front”, there are probably a lot of people who are not happy with the president. However, the critical boiling point has not yet been reached. Everyone thinks: to remove the premiere - it means that there is a risk of the collapse of the coalition, and then what? After all, many have a lack of perception of the coalition with some factions, so there is no alternative in the current configuration of parliament. So the question is complicated. But, perhaps, he will sooner or later be on the agenda, and not necessarily because of the dissatisfaction of the deputies, but because of the position of the prime minister himself, who decides that he does not control the situation in the country. Although, in my opinion, he does not control it now. ”

This suggests that the IMF loan, if it is allocated to 11 in March, is exactly the same as the US military aid on the eve of the junta’s spring offensive, which does not solve much in the strategic plan for the Kiev junta. The situation has long been turned to the issues of short-term survival, when it is no longer a question of strategy, but only about how to stand for the night, but hold out for the day.