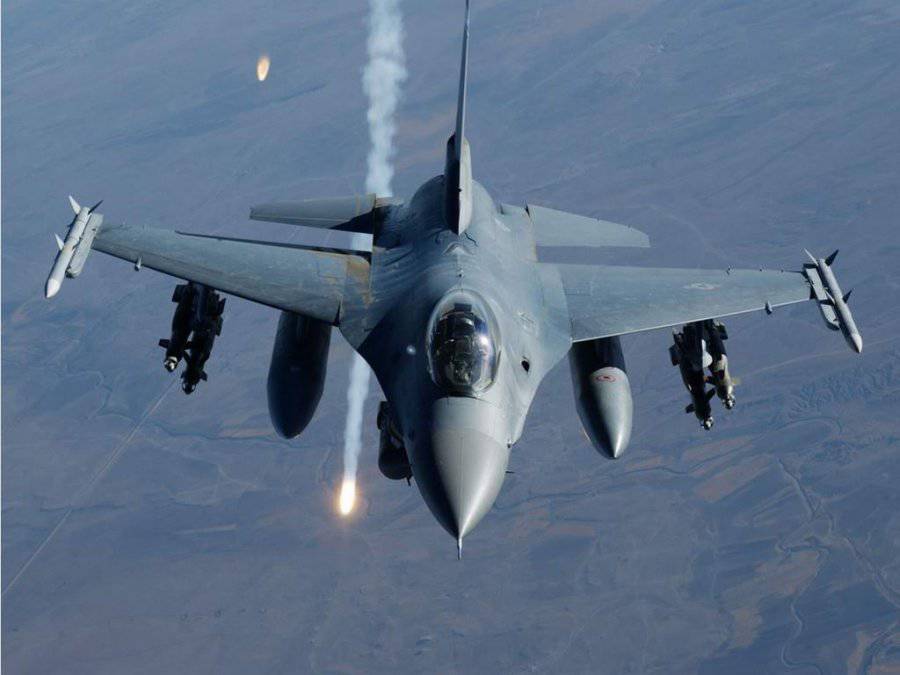 The US administration notified Congress of its intention to sell another batch of military equipment to Taiwan. Although earlier, Taipei insisted on supplying it with new F-16 fighter jets, Washington decided to limit itself to helping to modernize the island’s existing military aircraft. Nevertheless, this step also caused outrage among China, which threatened to reconsider military cooperation with the United States.

The White House agreed on a plan to provide military assistance to Taiwan.

"By selling Taiwan military equipment, we promote peace and stability in the Taiwan Strait"

According to the plan, the island state, not recognized by China, will be provided with equipment and technical support worth more than 5 billion dollars.
“The Defense Cooperation Agency today notified Congress about the possible sale of equipment for the modernization of the F-16 fighter fleet to the economic and cultural representation of Taipei in the USA,” RIA reports “News»Agency message.

The United States also intends to extend the F-16 pilot training program for five years, which will cost Taiwan another 500 million, and sell the island spare parts for various military aircraft worth 52 million dollars.
According to the plan, the island state, not recognized by China, will be provided with equipment and technical support worth more than 5 billion dollars.

“The Defense Cooperation Agency today notified Congress about the possible sale of equipment for upgrading the F-16 fleet to Taipei’s economic and cultural representation in the US, as well as technical support and logistical assistance,” the agency reports.
The United States also intends to extend the F-16 pilot training program for five years, which will cost Taiwan another 500 million, and sell the island spare parts for various military aircraft worth 52 million dollars.
“These sales will make a significant contribution to Taiwan’s air defense system ... They are an obvious manifestation of the current administration’s desire to support and improve Taiwan’s defense capability .... We firmly believe that by selling military equipment to Taiwan, we are promoting peace and stability in the Taiwan Strait ", - said in this regard, the official representative of the US State Department Victoria Nuland.

At the same time, Washington did not dare to satisfy Taipei’s request for the delivery of F-66 C / D fighters to the 16 island.
Taiwan, with 2007, asked the US to make this deal and replenish its armed forces with new fighters, explaining this need by the growth of China’s military power. The size of the contract in those days was supposed to be about 5 billion dollars.
A preliminary deal was reached in October 2008 during the administration of George W. Bush.

In response, the PRC, which has repeatedly criticized the United States for trying to arm Taiwan, which China considers its own province, interrupted the dialogue on defense issues with Washington until February 2009.
Late last year, Taiwan once again became a stumbling block in US-China relations after the US announced a deal to sell the island weapons total cost 6,4 billion dollars.
It was about supplying Taipei 60 Black Hawk helicopters worth 3,1 billion dollars, 114 improved Patriot air defense missiles, two ships to neutralize sea mines, as well as a dozen modern communication systems.
Commenting on their refusal to satisfy Taiwan’s request to sell fighters, Washington said that after modifying the island’s existing 146 F16 A / B will be almost as good as new fighters.
In particular, they intend to equip them with an electronic radar AESA.

However, observers have previously noted that the last word in disrupting the deal belonged to China, which put pressure on the United States.
However, the current agreement between Washington and Taipei is causing discontent with Beijing. In particular, as stated by the representative of the Ministry of Defense of China, Geng Yansheng, on Thursday, the American plans to arm Taiwan create "serious obstacles" for exchanges along the military line between the PRC and the US, ITAR-TASS reports.
On Thursday, Guan Yufei, deputy head of the department of international relations at the Ministry of Defense of the People's Republic of China, is expected to call the acting US military attache in China and declare to him a “strong protest” over the new round of American arms sales to Taiwan.

Ctrl Enter
Noticed oshЫbku Highlight text and press. Ctrl + Enter
We are
The global crisis and the “yellow threat” led to the arms race of the countries of the Asia-Pacific Region. Part of 3The United States decided not to sell the state-of-the-art fighter aircraft to China
6 comments
Information
Dear reader, to leave comments on the publication, you must to register.