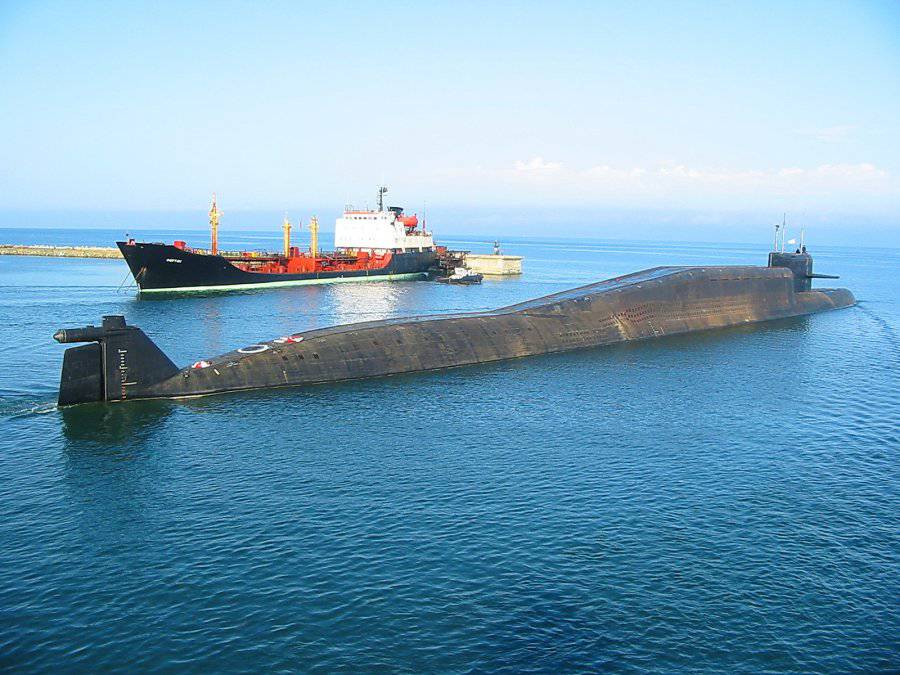 Strategic nuclear submarine "St. George the Victorious" Pacific fleet (Pacific Fleet) arrived at the base of the 25th Strategic Missile Submarine Division of the Pacific Fleet in Vilyuchinsk, Kamchatka, after a collision with the Donets fishing seiner in Avacha Bay. This was announced to ITAR-TASS today by a representative of the press service of the Pacific Fleet Roman Markov.

As reported on the eve of the State Maritime Rescue Coordination Center of the Russian Federation, on the evening of September 20, the fishing seyner “Donets”, owned by Rybnoye LLC, followed the port pier and collided with a submarine. At this point, the seiner made a maneuver by diverging on a collision course with the trawler "Helmsman".

A spokesman for the Pacific Fleet explained that at the time of the incident, the submarine was stationary without any movement, with signal lights turned on. As a result of a collision with a seiner, the body of St. George the Victorious, covered with a thick layer of rubber, received minor damage. No harm done.

Currently, the incident is under investigation.

The St. George Pobednosets nuclear submarine K-433 is a strategic submarine of the Kalmar project 667BDR. Launched 20 June 1980 of the year. November 3 The 1983 of the year was introduced into the 25 division of the 2 th flotilla of submarines of the Pacific Fleet based in the Krasheninnikov bay (Vilyuchinsk).

Ctrl Enter
Noticed oshЫbku Highlight text and press. Ctrl + Enter
We are
Media: For half a month there was a second emergency with a submarine in the Northern Fleet
12 comments
Information
Dear reader, to leave comments on the publication, you must to register.