Catherine Semenkova. Is it possible to stop capital flight from Russia? 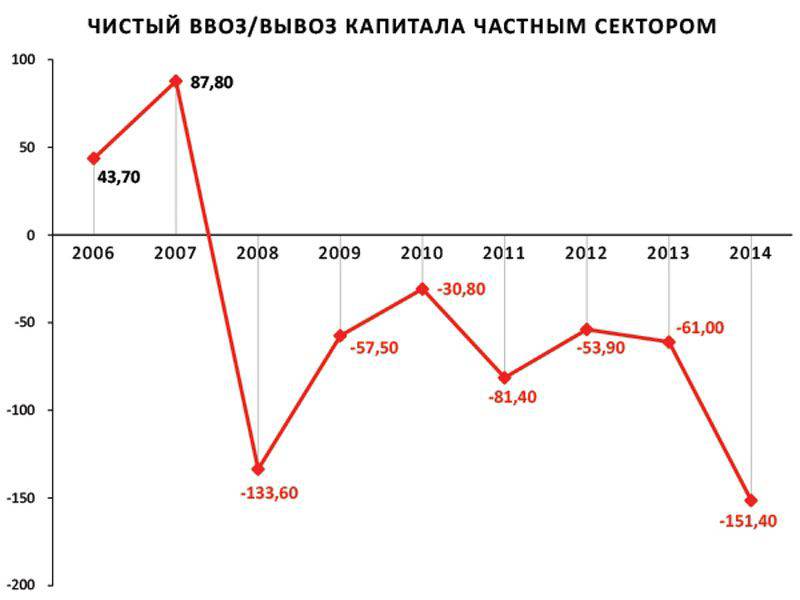 Import-export of capital, as well as its outflow-inflow from one country to another, should be considered as a reality ensuring the development of international markets for goods and capital. The position of the International Monetary Fund (IMF) on this overflow is well known, the free movement of goods and capital in general is regarded as a positive phenomenon, contributing to the development of world economic progress.

Another thing when it comes to leakage or flight of capital (leakage with increased speed) from the country. In this case, the national balance of capital inflows and outflows is almost always negative. Moreover, if the negative trend is growing, the country is losing important investment resources for its own development. In this case, both legal and, especially, illegal export of capital, dollarization of savings become factors constraining economic growth and provoking an economic crisis in the country.

Today, one of the main problems in Russia is the export of capital. Since the beginning of the global financial and economic crisis 2007, the country has seen a trend of net outflow of capital by the private sector.

The main reason for capital flight is that Russia has become a country of neo-colonial type, i.e. a country from which not only raw materials are pumped out, primarily oil and gas, but also financial resources.

Tools to combat the export of capital in foreign countries are well known: effective organization of currency control and currency regulation. There are two countries that have managed to achieve significant success in organizing effective systems of currency regulation and control - India and China. These countries were able to withstand the "pressure" on accelerating the process of liberalization and the abolition of currency restrictions by the IMF. A distinctive feature of the implementation of the process of liberalization of monetary policy of China and India is a gradual and cautious approach, including careful preparation and identification of the stages of reform, evaluation and analysis of their sequence for the entire economy of the country.

China develops a monetary policy strategy based on the characteristics of its economic growth, adhering to the principle of consistent, synchronous reforms with the banking sector, the stock market, mortgage lending, and the real estate market. Unlike other countries, the Chinese authorities are in no hurry to liberalize their exchange rate, given that the drastic liberalization of the capital account is detrimental to the financial system, which is not yet ready for this. China has consistently pursued a policy of liberalizing its foreign exchange regime over 30 years. Step by step, the monetary regulators “probe” the moves, implement pilot projects, which, in their opinion, can harmoniously integrate into the current economic system, opening up the channels of import and export of capital, but without causing a sharp influx or outflow.

In India in recent decades, the economy has been liberalized in accordance with a single initial plan for its implementation, according to which full capital account convertibility (FCAC) was perceived as a means to use the potential of the economy to the maximum extent possible at the lowest cost. At the same time, great attention at every stage of the reform of the liberalization process in India was paid to the study of the development of economic liberalization and the causes of financial and currency crises in foreign countries.

In Russia for many years and in today's difficult economic situation, the “liberal opposition” has been insisting on monetary liberalization. The leadership of the Ministry of Finance of the Russian Federation adheres to the same position. The consequences of such a policy — the ever-increasing flow of capital abroad — are absolutely devastating for Russia. And this is despite the fact that world experience suggests that it is possible and necessary to fight this evil. There would be a desire and skill.