The attack on the American ambassador to South Korea

March 5 2015
83
American Ambassador to the Republic of Korea Mark Lippert was attacked. On the 42-year-old Lippert was attacked by a man, in whose hands, according to some data, was a knife, on the other - a razor. The attacker attacked the US ambassador, threw him to the ground and struck several blows with a knife (razor) to the area of ​​the face and left hand, with which Lippert tried to close his face. 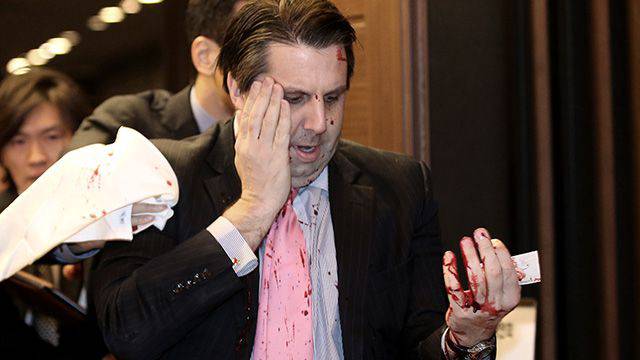 South Korean police were able to identify the assailant at the American ambassador. It turned out to be Kim Ki-joong - 55-year-old citizen of South Korea. He was detained at the scene of the crime.

The US State Department has commented on what happened. The Department of State condemned the attack on the American ambassador, and said that the attack could have been linked to the passing of US-South Korean military exercises and threats in this regard from Pyongyang.