In the future, Kazakhstan may purchase the most modern air defense systems in Russia. 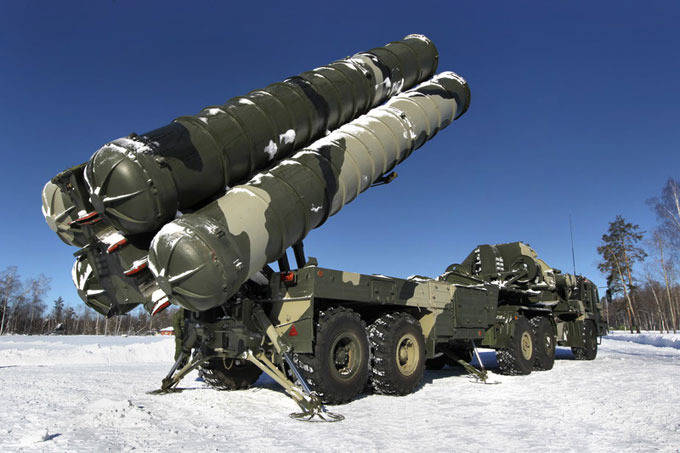 Russia and Kazakhstan are planning to create a joint air defense system that may appear in the near future, said Deputy Chief of the General Staff of the Russian Armed Forces Colonel-General Valery Gerasimov during a video link in the RIA News».

In particular, for equipping the air defense forces of Kazakhstan, the C-400 “Triumph” can be purchased. The adoption of these complexes, along with the solution of more complex tasks of intercepting air targets, will reduce the cost of training and operation, since IWOs have experience in operating the previously set C-300 SAMs.

At the military parade held on August 14 in Astana on the Constitution Day and the 30 anniversary of the independence of the republic, the air defense forces were represented by the C-20, C-125 and C-200 complexes.

As part of the mechanized column, the parade included the MBT T-72B and BMP-2 of the Land Forces of Kazakhstan. In addition, the TOC-1 "Buratino" heavy flamethrower system was recently demonstrated, which was recently commissioned by the Kazakh army, as well as the Strela-10M and the Shturm-S self-propelled anti-tank missile system.

A novelty of the military parade was the demonstration of the BTR-XNUMHA. The X-NUMX-mm howitzer D-82, the artillery 122-mm howitzer "Msta", the 30-mm self-propelled mortar "Tulpan" passed in the mechanized column of the combined rocket-artillery regiment. Following were MLRS "Smerch", "Grad", "Hurricane", mobile station radio interference "Tsikada".

We are in Yandex Zen
Su-30M arrived in Kazakhstan!
The first buyer of C-400 "Triumph" was China
6 comments
Information
Dear reader, to leave comments on the publication, you must to register.