Dzhemilev: "Crimean Tatars live by the expectations of the end of this nightmare" 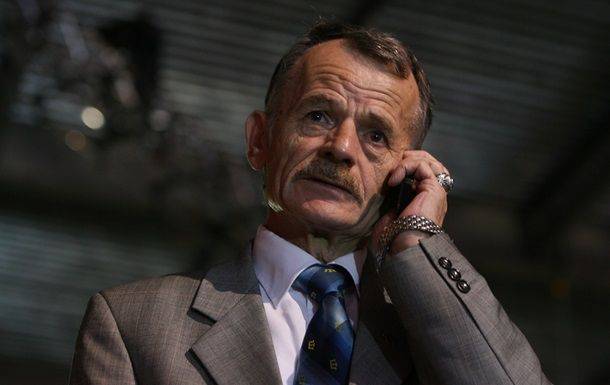 Dzhemilev claims that the Crimean Tatars "resisted as best they could," but they did not have weaponsto counter 20 to thousands of Russian military. Cemilev:

(Crimean Tatars) resisted as best they could, but the possibilities were too limited. First, Tatars make up the entire 14% of the autonomy's population. And in Sevastopol, with its 20-thousandth Russian military contingent and 350-thousandth population - about 0,5%. Secondly, the National Movement of the Crimean Tatars always adhered to the principles of non-violence, non-proliferation of blood and for several decades fought for their national rights by exclusively democratic methods, including under the conditions of the terrorist Soviet regime. Thirdly, what kind of appeal for armed resistance could we talk about when they did not have weapons? After all, the surrendered Ukrainian military units gave their weapons not to the Crimean Tatars, but to the Russians. To summon the Crimean Tatars in those conditions to power resistance would be almost equivalent to a call for the destruction of the nation. We had information that the occupiers also very much hoped for this, in order to “fundamentally solve the Crimean Tatar issue.” There was even information that they were going to “find” several corpses of Russian soldiers in the settlements of the Crimean Tatars, in order to start punitive operations against the latter. But still, if the Ukrainian military units in the Crimea had been ordered to resist in all possible ways and means, the Crimean Tatars would hardly have been left out without the calls of the Mejlis.

It turns out that Dzhemilev openly declares his readiness in 2014 to come out for arming the Crimean Tatars, which would clearly lead to the same consequences that they manifest themselves in the Donbass even without the Crimean Tatars.

In addition, Dzhemilev said that he spoke on the phone with Russian President Vladimir Putin, and did not meet in person, since Arseniy Yatsenyuk convinced him of refusing to meet him. According to Dzhemilev, he personally declared to Putin that it was illegal to hold a referendum in conditions of “occupation”. At the same time, Dzhemilev, who was at the same time lebezil in front of American grantors, pretends to be surprised why the entrance to the Crimea is closed for him. And it is closed precisely because in the Crimea peace and progressive development, and there, where such people like Dzhemilev and his puppeteers go - chaos, devastation and implanted interethnic and interfaith strife.

When asked how the Crimean Tatars feel on the peninsula today, Dzhemilev answered:
The vast majority, of course, live expectations of the end of this nightmare.

Crimean Tatars living on the peninsula have already responded to Dzhemilev's frank lie: “Do not give out your personal wishes for the wishes of the entire Crimean Tatar people!”
Ctrl Enter
Noticed oshЫbku Highlight text and press. Ctrl + Enter
We are
Military Reviewin Yandex News
Military Reviewin Google News
79 comments
Information
Dear reader, to leave comments on the publication, you must sign in.