Was there a war tomorrow? 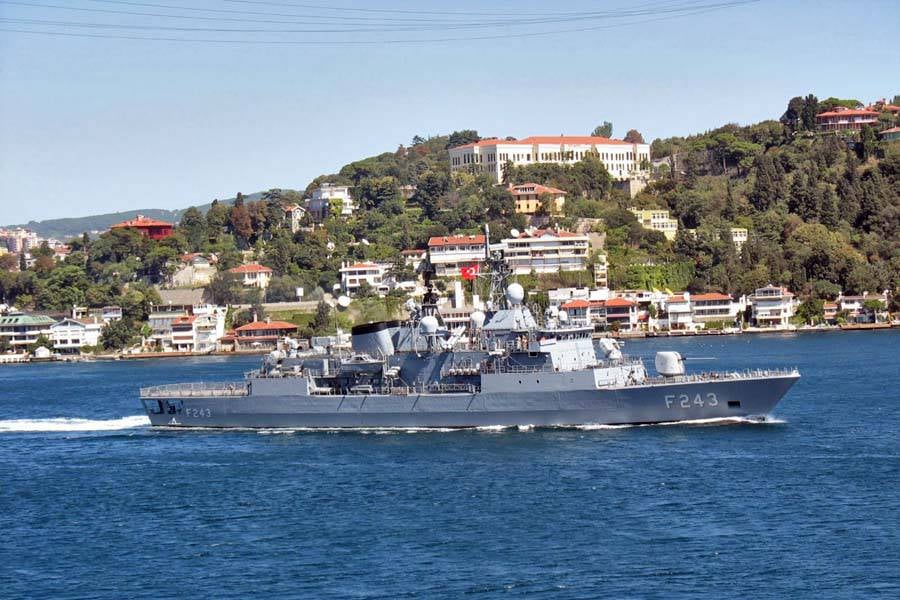 The Turkish authorities have stated that its new political strategy requires a significant expansion of the country's naval forces in the eastern Mediterranean. This directly threatens the interests of Greece and Israel in this region.

The word "Barbarossa" (Red-bearded) in the collective memory of different nations has different semantic meanings. Among the peoples of the former USSR, it is unequivocally associated with the Nazi plan of military aggression implemented by 22 June 1941. In Western European nations - with the medieval emperor of the Holy Roman Empire of the German nation Frederick I. And among the Islamic peoples of the Mediterranean, with a very colorful character from the beginning of the New Age, who was given the name Azor at birth, but became famous as Hyredreddin, or (in another spelling) as Khaird-Din.

In the near future, this word has a chance to acquire a fourth meaning, which in its negative connotation will surpass the meaning of all the previous ones. After all, it can become a symbol of a new large-scale war, the consequences of which can be, in a certain sense, larger than even the consequences of the events of the 1941 year. If, of course, the main actors, on whom the further development of the situation depends, will not find worthy options for getting out of the current crisis unfolding these days literally before our eyes.

So: September 7 of Turkey stated that its new political strategy requires a significant expansion of the country's naval forces in the eastern Mediterranean. As part of the redeployment of the Turkish Navy, two anti-submarine frigates and rocket corvettes, as well as auxiliary vessels, will be transferred from the Black and Marmara Seas to the Mediterranean and Aegean Seas. On the eve, Turkish Foreign Minister Ahmet Davutoglu announced that his country intends to strengthen its military presence in the eastern part of the Mediterranean Sea "to protect freedom of navigation."

The ships that will be on duty there will accompany the groups of ships breaking through the Israeli blockade of the Gaza Strip, and, if necessary, will force their way. Following this, the minister for contacts with the European Union, Egemen Bagis, spoke, saying that the Turkish Navy would not allow the EU member of the Republic of Cyprus to search for gas and oil in the Mediterranean Sea. This demarche was a response to the information of the companies Noble Energy (USA) and Delek (Israel) about the beginning of geological exploration on the shelf in the economic waters of Cyprus. Turkey does not recognize the agreements signed by Cyprus with Israel and Lebanon on the delimitation of economic zones - they say they violate the rights of the unrecognized Turkish Republic of Northern Cyprus.

Well, soon the heavy political artillery entered the battle. Turkish Prime Minister Recep Erdogan confirmed that Turkish warships will be sent to the maritime borders of Israel and Cyprus. Erdogan took full responsibility, saying that he ordered the warships to accompany Turkish civilian vessels with humanitarian aid for the Gaza Strip (which, it is worth adding, is controlled by the radical Islamist organization Hamas) and engage in battle, if on a new flotilla with goods in international waters, an attack will be made, as well as preventing Cyprus from prospecting offshore the Mediterranean.

It is these tasks (perhaps some other, which is not yet discussed) and contains the newest plan of “Barbarossa”.

In other words, we are talking about the classic escalation of tension in the eastern Mediterranean, which occurs before our eyes.

And events unfold further. On September 17, the Turkish side made two statements. At the eighth Yalta annual meeting “Ukraine and the World: Common Challenges, Common Future,” EU Minister Egemen Bagis stressed that the EU has double standards in relation to different countries. According to him, this EU position has already led to the fact that today in Turkey, only 8% of the population unequivocally believes that the EU is the choice of the country, and 30% oppose joining the European Union.

And according to Deputy Prime Minister Beshir Atalay, whose words are quoted by Reuters, Turkey will suspend all relations with the European Union if Cyprus presides over the EU next year. Recall that the island of Cyprus is divided into two parts: 60% is controlled by the authorities of the Republic of Cyprus, a member of the UN and the EU, inhabited mainly by the Greeks, the rest by the authorities of the unrecognized Turkish Republic of Northern Cyprus, on whose territory Turkey’s troops are located. The latter does not recognize the sovereignty of the Republic of Cyprus, so the deputy prime minister’s statement is quite logical: "If peace talks (with Cyprus) fail, and the EU makes southern Cyprus as its chairman, there will be a real crisis between Turkey and the EU ... We will freeze our relations with the European Union ... We announce this because the government has made a decision. "

To this it is worth adding that lately Turkey has complicated relations not only with Israel, Greece, Cyprus and the whole European Union, but also with Syria and Iran. In addition, sharp criticisms from Erdogan’s lips were made to the United States. What can mean such radicalization of the words and deeds of Ankara?

It seems that this is not about an accidental set of circumstances and not about the personal whim of the overbearing Recep Erdogan. This is an attempt to radically change the policy of Turkey and seriously reconsider the achievements of the times of Ataturk. And in order to understand the new course of the Republic of Turkey, it is worth referring to the keyword that symbolizes this change - the word “Barbarossa”.

Western media have responded to the name of the Turkish Navy plan by reporting that the Turkish (more precisely, Ottoman) admiral Barbarossa in the XVI century, led the largest pirate fleet in the Mediterranean. This is true, but not all. Barbarossa was born into a Christian family; his father and he converted to Islam, when the island of Lesbos, where they lived, was captured by the Ottomans. Azor made a rapid pirate career, while serving as the Sultan of the Ottoman Porta. There was nothing unusual in this combination - Sir Francis Drake reached the admiral's rank, too, thanks to his pirate exploits, only in the service of another emerging empire - the British. However, Barbarossa did not just rob and conquered: he purposefully devastated the areas inhabited by "jyauras" (that is, Christians), destroyed cities and sold tens of thousands of prisoners to slavery. For his military and political acts, Barbarossa received from the Sultan an honorary right to be called Khair ad-Din ("Keeper of Faith").

Understandable symbolism, is not it? It is clear - and it was not possible until recently in the Kemal Ataturk reforms of Turkey, which was significantly changed at the time ...

Today it looks quite organic for Turkey. By “clearing” the military leadership from opponents of Islamism, even moderate, who is professed by the ruling Justice and Development Party, having guaranteed itself with a high barrier (10%) a single-party majority in parliament, breaking its allied relations with Israel, the Erdogan government seemed to abandon the European integration in favor of turning their country into a regional superpower, the leader of the Arab world and the adjacent Islamic countries. In the context of this, in mid-September Erdogan made a tour of the states that had just dropped despotic regimes - Tunisia, Libya and Egypt - and delivered a keynote speech in Cairo at a meeting of the Arab League.

In this speech, he combined calls for renewal, democratization, changes in the Arab world in favor of the masses with harsh attacks on Israel and the United States, repeating his promises to resist Israel’s attempts to block the Gaza Strip from the sea and advocate immediate recognition of the Palestinian independence by the UN of the state.

It is not difficult to predict that after such recognition, military clashes at sea near the Gaza Strip will become inevitable: Palestine will consider the adjacent territorial waters as its own, Israel as its own, Turkey will send its warships there. Serious clashes at sea today are impossible without participation. aviation and missile forces. One has only to start - and to stop a large-scale war in the eastern Mediterranean will be impossible. Does Erdogan really think that he will get a victory in it? Or does it seem to him that the headless Turkish army will comply with any order to implement the claims of the state elite to become a regional superpower and the leader of the Islamic world?

We are in Yandex Zen
Turkey and Greece. Cold War airspace
Donbass liberation day. That sun, then the rain over the sacred height
24 comments
Information
Dear reader, to leave comments on the publication, you must to register.