The soldiers at the time "H" 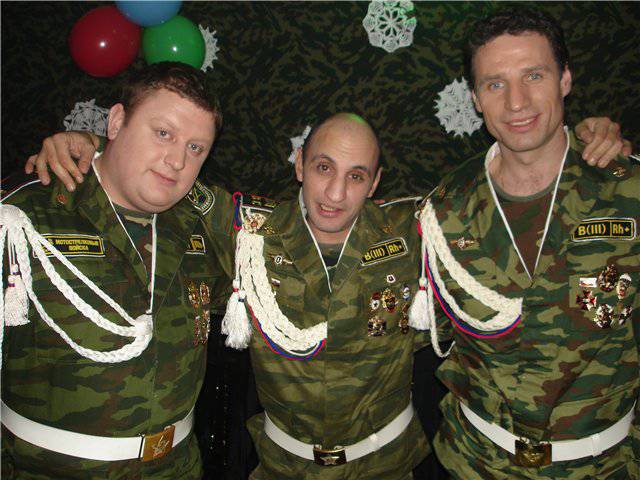 Yesterday, the State Duma deputies considered in the first reading a bill that radically changed the system of the stay of Russian citizens in the reserve.


As Viktor Ravarzin, one of the authors of the document, Chairman of the State Duma Committee on Defense, explained to the RG correspondent, this is about creating a professional mobilization reserve in Russia, which the army command, the leadership of the SVR and FSB will call under its banners during the war, major exercises or emergency situations.

Nobody is going to force people into the barracks who have already served in the army. Tear them away from home and work for the long term - too. The bill provides for the voluntary entry of the store in the reserve army. It can look like this. Before being discharged from the army, the commander will offer a demobilization - a conscript to sign a contract, according to which yesterday's fighter undertakes to return from time to time. Another way - a set of contract reservists through the military registration and enlistment offices.

In order to interest a person with an after-school service, they will begin to pay a certain amount every month. According to lawmakers, depending on the military specialty and the military rank of a person, it can be 5-7 thousand rubles per month. As the deputies say, after a significant increase in army salaries in 2012, the financial indicators are likely to be revised.

During the period of fees for reservists will keep their average salary per citizen. In addition, they will receive money as ordinary contract soldiers. For such people, they want to introduce additional payments, in particular, the regional coefficient and the monthly allowance for continuous stay in the reserve. The main thing is that the "partisan" wallet will be replenished, regardless of whether it is working or is currently in the military unit.

Today, a soldier and a reserve officer are called into operation about once every three years. Charges last no more than two months. There is no point in increasing their duration - otherwise the person will simply be dismissed from civil work. But you need to call reservists for retraining more often.

The authors of the draft law hope that financial preferences will arouse Russian interest in the mobilization service. So, it will be possible to select there really the best specialists.

According to the document, the former soldiers-sergeants and warrant officers midshipmen under the age of 42 years are entitled to conclude a mobilization contract. Junior officers up to and including the captain must not exceed 47 years. Majors, lieutenant colonels and their respective naval officers - 52 years. Colonels and captains of rank 1 - 57. There is a qualification for graduates of military departments of civilian universities. They will be forbidden to sign a contract for the service in the mobil reserve in 15 years after being transferred to the reserve and given the rank of lieutenant.

As with existing military personnel, the first "partisan" contract is for 3 of the year, the next - for 5 of years.

Deputies propose to form a personnel mobilization reserve in Russia in several stages, and to begin with the creation of a second front for the Armed Forces. According to the lawmakers, by 1 in January 2012, for the army and the Navy, it is realistic to recruit 4300 reservists, and at the final stage in 2014, to have 8600 professional storekeepers. Then, they say in the State Duma, the turn will reach the recruitment of personnel reserve in the FSB and SVR.

Well, those soldiers and sergeants who, before being fired, will not want to sign a contract for service in the mobilization reserve, will be included in the so-called mobilization resource. Staying there extra money will not bring people. They will still remain on military duty, but they will be less likely to call for army training than reservists. And in the event of an emergency, such people will be put under the gun secondarily.

We are in Yandex Zen
Civil Defense Day. Emergency forces are always ready to help
Payments to reservists want to be tied to new military salaries
26 comments
Information
Dear reader, to leave comments on the publication, you must to register.