The National Interest: four weapons systems that should be abandoned

March 3 2015
44
The military departments of various countries of the world regularly have to face accusations of excessive spending and inflating the defense budget. However, the military has an iron argument with which it is extremely difficult to argue. In such cases, they appeal to the defense of the country and the need to invest large amounts of money in its support. Such arguments often help to “fight back” from the legislators in the preparation of new budgets, but they are not able to completely rid the military of attacks. As a result, the topic of the expediency of certain projects is regularly raised, and there are also proposals to abandon them and thereby save money that could be spent more usefully.

The United States has the largest military budget in the world. According to the Stockholm Peace Research Institute (SIPRI), in 2013, the US military spent 640 billions of dollars, which is 37% of all the military budgets of the planet. Naturally, such large numbers are subject to criticism. January 26 The National Interest published the American edition of Dave Majumdar entitled 4 Future US Weapons of War (“Four promising US weapons systems that should be abandoned now”). The author of the publication reviewed several new Pentagon projects that should be closed to save budget funds.

D. Majumdar begins his material with a reminder that the Pentagon spends billions of dollars annually on the development of new weapons and equipment, but some such projects do not lead to the expected result. The roots of this problem, among other things, lie in a rash order of systems and too high requirements for them. In addition, in some cases, the military department is not able to take into account all the threats that will be faced in the future. The following is the most interesting article in the 4 Future US Weapons of War Article: A list of four promising projects that should save a lot of money.

D. Majumdar does not argue with the fact that the United States needs to maintain its strategic nuclear forces. Nevertheless, he drew attention to the excessive cost of such projects. Prospective Ohio Replacement ballistic missile submarines (SSBN-X), which are planned to be built in the future to replace existing Ohio-type submarines, will be significantly more expensive than their predecessors, but they will be able to carry fewer weapons. 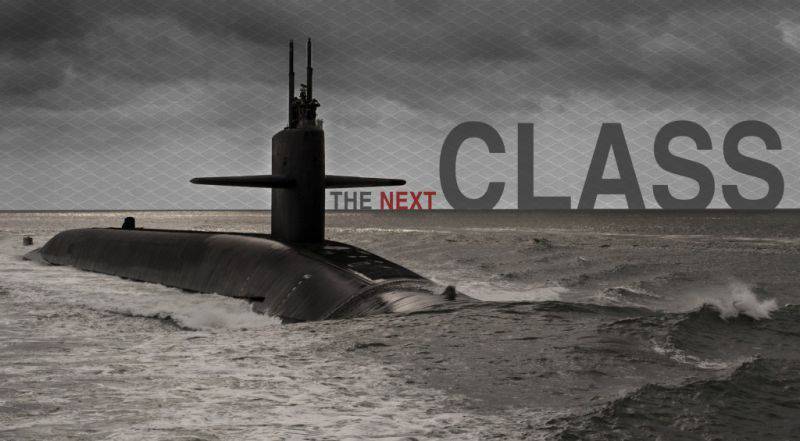 If the command of the US naval forces is able to keep the cost of the Ohio Replacement program at an acceptable level, then the construction of each of the new submarines will cost the budget approximately 4,9 billion dollars. Thus, for the construction of 12 planned submarines have to pay about 59 billion. In addition, the American journalist recommends adding to this figure the possible costs of research and development, which is why the total cost of the program can reach 100 billions.

Such a high cost of promising submarine rocket carriers is due to the required use of new technologies and the latest equipment. Thus, it is planned to install a new nuclear reactor on Ohio Replacement-type submarines, which will be able to perform its functions during the entire service life of the boat, without requiring fuel replacement. At the request of the military, new submarines will have to remain in service for 42 years. Also, the equipment of promising submarines is supposed to include an electric motor based on a permanent magnet, which can provide higher performance in comparison with the existing technology, but is still not ready for use in practice, since it needs to be tested and refined. Finally, prospective submarines will have to use remote-controlled reconnaissance vehicles, which are yet to be developed, to monitor the environment.

From all this, D. Majumdar makes the appropriate conclusion: the US Navy really needs new strategic submarine missile carriers, but they should abandon the Ohio Replacement project in its current form. It is necessary to re-engage in shaping the appearance and requirements, so that promising submarines are less expensive and more complicated than those offered now.

The second criticized project is the UCLASS unmanned aerial vehicle development program (Unmanned Carrier Launched Airborne Surveillance and Strike - “Unmanned deck reconnaissance and striking apparatus”). This machine was originally conceived as an unmanned platform for aircraft carriers, which could strike targets at a great distance from the ship. Since the nineties, after the removal of the Grumman A-6 Intruder aircraft and the refusal to develop a replacement for it, the deck aviation The United States was virtually left without such an attack. It was believed that the UCLASS UAV will allow aircraft carriers to destroy ground targets without approaching the coast at a dangerous distance and perform other attack tasks. 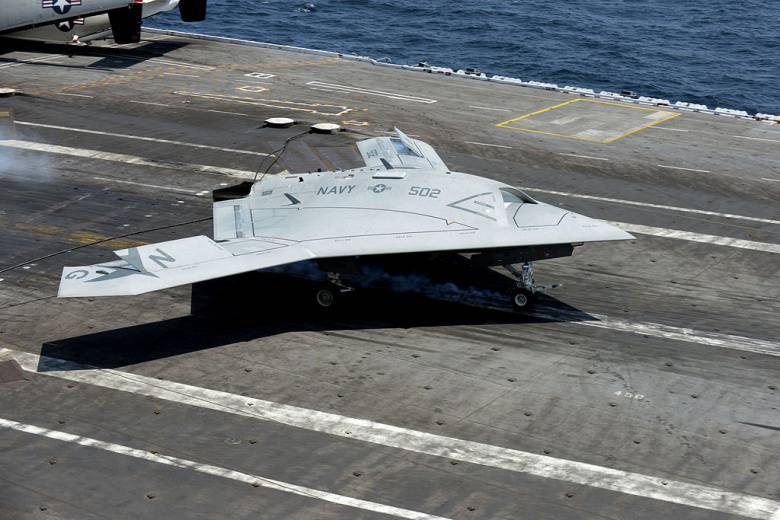 The author of the article 4 Future US Weapons Of War That Should Be Canceled Now reminds us that from the middle of the 2000s, when the UCLAASS project started, the requirements for this technique have changed significantly. In accordance with modern requirements, this device must have reduced visibility for the enemy’s radar and light weapons, as well as carry a set of reconnaissance equipment. That intelligence is considered its main task. Thus, a promising UAV will not be able to find wide application in the eastern Pacific, where major changes of a military-political nature are outlined. According to D. Majumdar, the UCLASS UAV is unlikely to help aircraft carriers maintain their capabilities in the future.

Behind the information about the features of the UCLASS project follows the corresponding sad conclusion: it should be closed. Instead of an apparatus with dubious prospects, a real unmanned combat aircraft should be developed that can overcome the enemy’s air defense and effectively accomplish the combat mission. In the meantime, the UCLASS project is associated only with extra spending by taxpayers' money.

The project of the ships Littoral Combat Ship ("Coastal Battle Ship") or LCS is also called doubtful. D. Majumdar recalls that within the framework of this project, modular system ships were originally developed that could perform various combat missions. Depending on the task, the LCS had to fight surface ships and boats, search for submarines or mines, etc. However, as a result, promising ships became more expensive, which is why they can be called "white elephants". The LCS project was indeed brought to the stage of the serial construction of ships, but its cost significantly exceeded the estimated one. 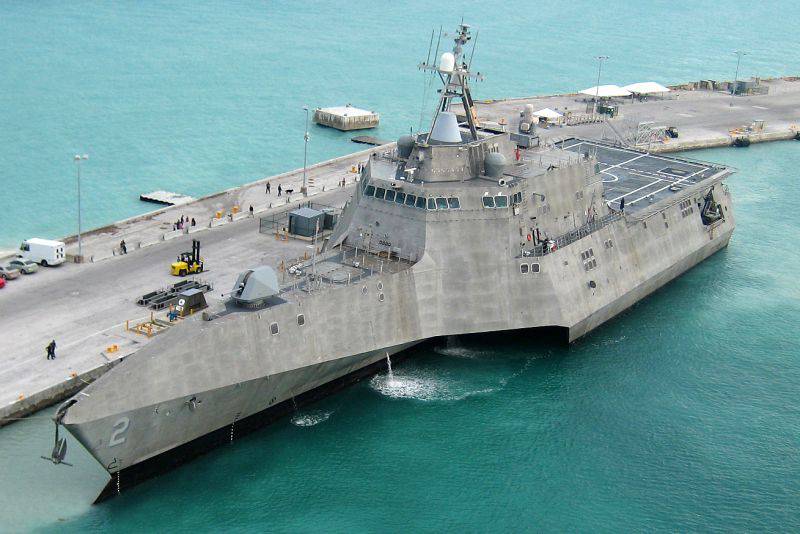 The greatest problem of the LCS project in its current form concerns on-board equipment. A set of equipment designed to search and defeat surface targets, has already been developed, tested and used by the military. Other modules, with the help of which ships must search for sea mines and submarines, are not yet ready. Thus, at present, LCS ships are capable of solving only one type of tasks, even in this case they cannot boast of high efficiency. For work on land, air and coastal targets, only a 57 mm caliber gun and two 30 mm anti-aircraft guns can be used. Earlier it was planned to use missile weapons, but later it was abandoned. The possibility of installing a Norwegian NSM missile system on LCS ships is currently being considered, but in this case there may be some problems associated with the integration weapons on the finished ship.

The article by National Interest notes that the Pentagon took into account the existing shortcomings of the LCS project. As a result, in December last year, major changes were announced. Now it is planned to reduce the series of LCS ships being built according to the initial version of the project. The latest 20 of the planned coastal zone 52 ships will be built according to the updated SSC project (Small Surface Combatant - “Small Surface Combat”). The main difference of this project will be more powerful anti-ship and anti-submarine weapons.

D. Majumdar believes that the previous история LCS program does not allow to hope for its successful completion, even after the creation of an updated project with a new composition of equipment and weapons. In this case, the best way out of the situation may be a complete refusal to continue the work. In this case, it will be possible to save a lot of money, which can be allocated for the development of more promising projects.

Now the ground forces and a number of specialized enterprises of the defense industry are developing a new modification of the main combat tank M1 Abrams. As in other cases, this project has certain problems. Although the Abrams armored vehicle is still the "best tank in the world", its design was created more than three decades ago. According to official sources of The National Interest, during this time the modernization potential of the machine was completely exhausted. For this reason, the army does not need another modernization of old equipment, but a completely new tank. 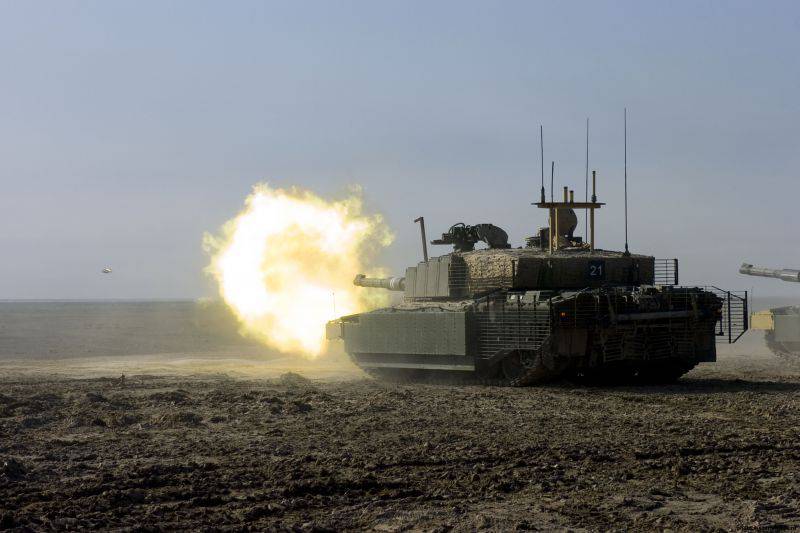 The author of the article reminds: while the USA is engaged in the modernization of the existing tank, foreign countries are developing a completely new technique. Thus, a series of armored vehicles “Armat” is being created in Russia, and China is trying to keep up with world leaders in tank design. German military and constructors admit that they cannot upgrade their Leopard 2 indefinitely. Because of this, they are forced to start developing a new car with the symbol Leopard 3.

Thus, the Pentagon also needs to think about developing a new tank instead of upgrading the existing one. Such a project will ensure the required combat effectiveness of tank units and ensure superiority over the enemy. In addition, it will be possible to save the design school, which will have a beneficial effect on projects of the distant future.

Dave Majumdar conducted an interesting analysis of promising Pentagon projects that may be associated with extremely high unreasonable spending. For example, the construction of Ohio Replacement submarines alone can cost at least 59 billions of dollars. The exact cost of the UCLASS project will be determined later, after the choice of the machine developer. Probably, this project will cost the military several billion dollars. LCS ships should cost no more than 440-450 million dollars per unit, but by 2012 the total cost of the program, including the construction and testing of the first two ships, reached 3,8 billion. Thus, while maintaining the required unit cost, a series of ships will cost 22 more than a billion.

The proposals made in the article 4 Future US Weapons of War That Should Be Canceled Now are very interesting, because they save a few tens of billions of dollars by abandoning just four ambiguous and questionable projects. Naturally, the US military will need equipment and weapons of the same classes as the canceled designs, but with the right approach to their creation, serious savings can be made.

Nevertheless, this is just another critical publication in the press, and not a document from the White House or Congress. Perhaps, high-ranking Pentagon officials got acquainted with the proposal to abandon dubious expensive projects, but they are unlikely to take it into account. Therefore, the “four projects that should be closed” will continue and will lead to new spending of budget funds.


Article 4 Future US Weapons Of War That Should Be Canceled Now:
http://nationalinterest.org/feature/4-future-us-weapons-war-should-be-canceled-now-12109