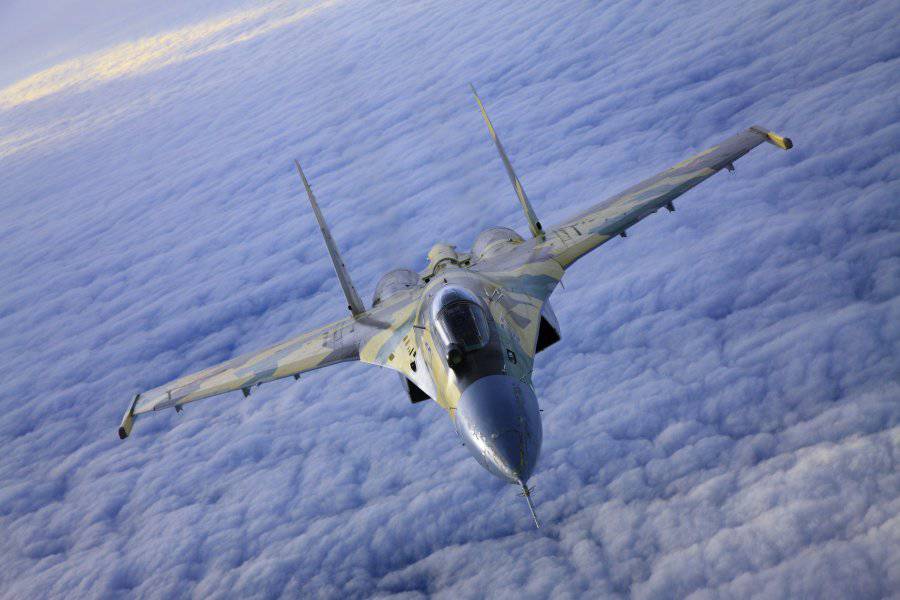 The press service of the company "Sukhoi" has recently officially declared that the tests of the newest Russian fighters Su-35 confirm all the theoretical calculations of the design team and even surpass them. The report also says that the potential characteristics of the aircraft will not leave the chances of its "classmates" of the generation "4" "4 +". Recall that these are such samples as: "Rafaele" and EF 2000, as well as upgraded F-15, F-16, F-18 and Mirage2000.

During the time of the Soviet Union, the country's defense was paid close attention, and the main criterion for the structure of the combat structure of the Air Force was not the minimum funding, but the criterion for the maximum effectiveness of tasks. Therefore the whole military aviation It was divided into four genera, each of which was designed to fulfill its highly specialized tasks. Thus, high combat qualities of vehicles in each individual class were achieved. Prominent representatives of this classification are the Su-27 and MiG-29 fighters, the Su-17 and MiG-27 fighter-bombers, the Su-24 front-line bombers and the Su-25 attack aircraft. In this case, fighter-bomber aviation units could be used as reinforcements for the main fighter units for the suppression of low maneuverable air targets. Such a system for building the structure of the air force has repeatedly proved its effectiveness in numerous wars around the world, in particular Vietnam, North Korea and the Middle East. 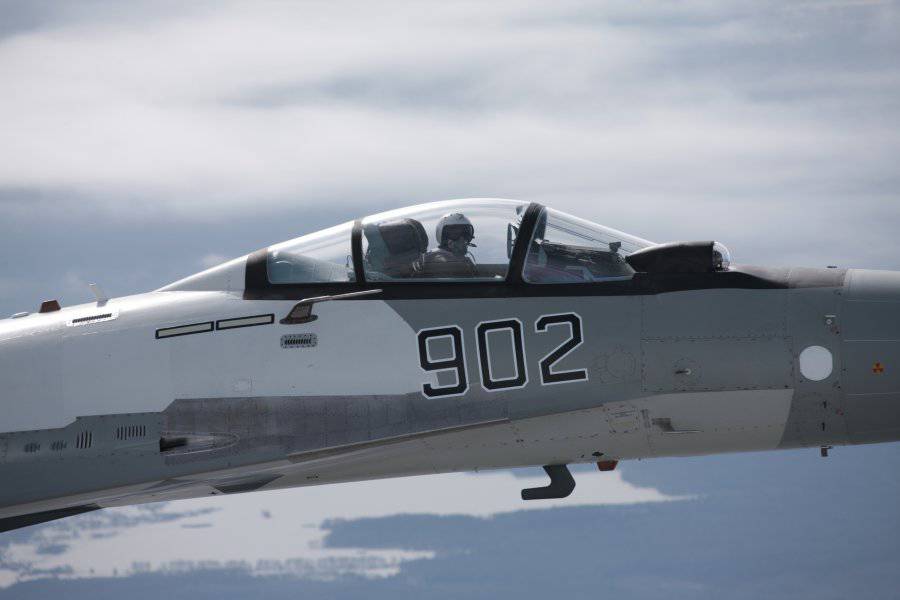 With the formation of Russia, the military’s views on the principles of building the Air Force changed and the aircraft designers faced the task of creating modern multi-purpose machines capable of performing the tasks of all four classes with equal success. The Sukhoi Design Bureau, and now the Sukhoi UAC, has coped with its task by creating a line of multi-purpose, highly maneuverable aircraft, the last of which is the Su-35.

When it was created, the designers decided to retreat from the already developed schemes of the front horizontal tail, since the technologies developed by that time allowed to do this not to the detriment of the advantages in controllability of the CG. So the airframe of the aircraft has changed significantly and allowed to increase the overall service life of the machine, provide a greater supply of fuel and accommodate new systems of avionics. 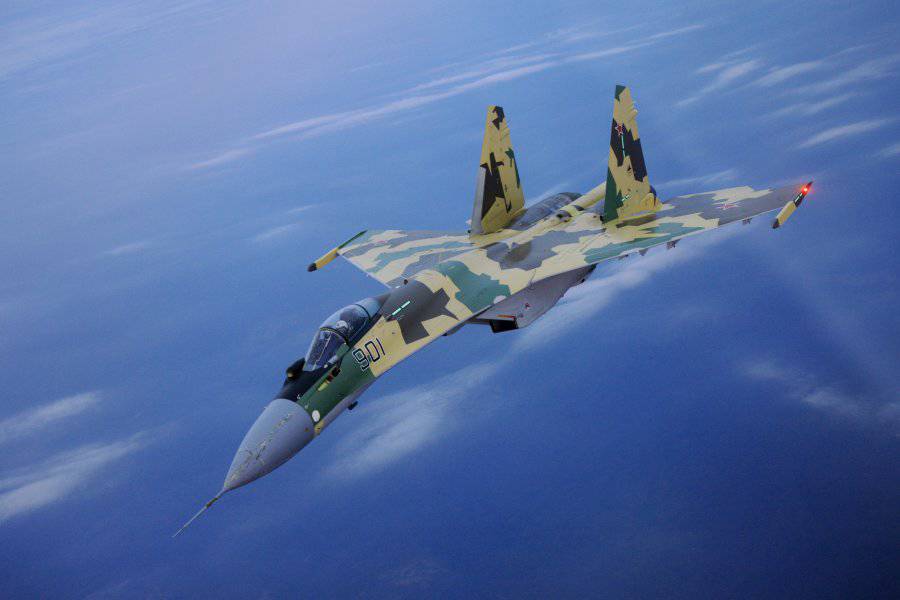 The most important difference of the new fighter from the 4 + generation machines was the introduction of the fifth generation avionics complex. The radar with a rotating phased array "Irbis-E" provides guaranteed detection and acquisition of air targets at distances up to 200 kilometers, and in the narrowed sector of the review to 350-400km. This system is capable of tracking simultaneously up to 30 targets and directing missiles at 8 of them, while monitoring the airspace is not interrupted. Radar also provides a selection of ground targets. The visibility of the aircraft itself for the enemy radar is reduced several times compared with the previous generation aircraft. This is achieved through the use of a special electrically conductive coating of the cockpit canopy, a reduction in the number of external sensors and the application of radio absorbing coatings on the airframe of the vehicle.

The multichannel optical-location armament control system is capable of detecting and tracking thermal radiation targets at a distance of up to 90 kilometers and measures the distance to them in the range from 20 to 30 kilometers. OLS is also used to illuminate ground targets, to control the guidance of guided missiles with laser homing heads on them. 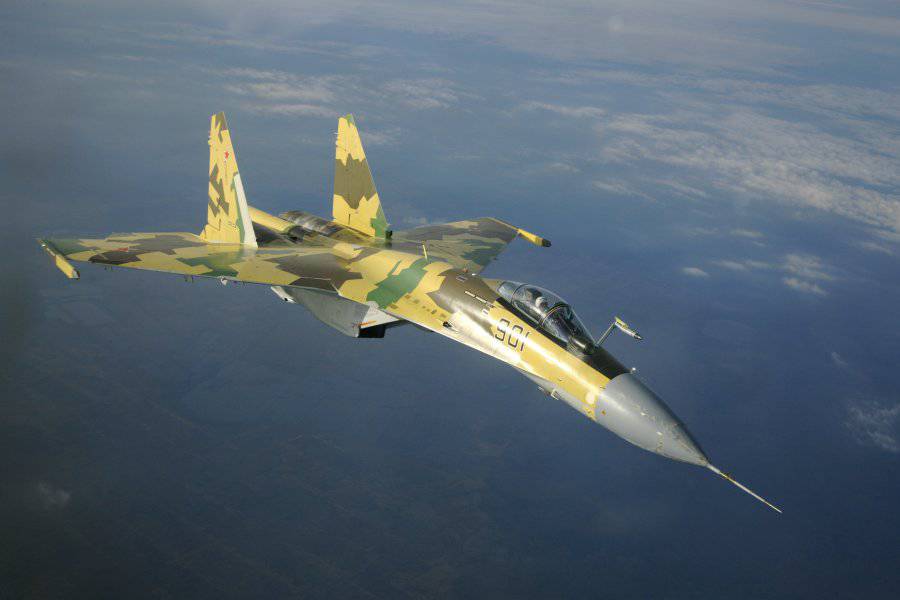 Touched the change and the workplace of the pilot - the cockpit. The navigation and sighting system consists of a satellite navigation system, radio navigation of an onboard graphic station, a pendant surveillance and sighting container, and a FOCL (fiber-optic communication lines). The “dark cockpit” principle was implemented to reduce the workload; the pilot was also provided with an on-target designation system and a reliable emergency escape complex. Voice communication with the pilot is carried out through the terminal of the information exchange system of the link-16 type. All data and voice channels are securely encrypted.

The power plant Su-35 is represented by two separated engines with rotary nozzles that provides thrust in the afterburner mode on 16% more than that of the AL-31F engines. This allows the machine to take ton tons of 34,5 takeoff speed of km / h. and distance 2500 kilometers with a ceiling 3600 km. The integrated control system "KSU-18" having fourfold redundancy of control channels, performs several functions at the same time and significantly enhances the flight and maneuverability capabilities of the aircraft. The claimed engine life is 35 hours. 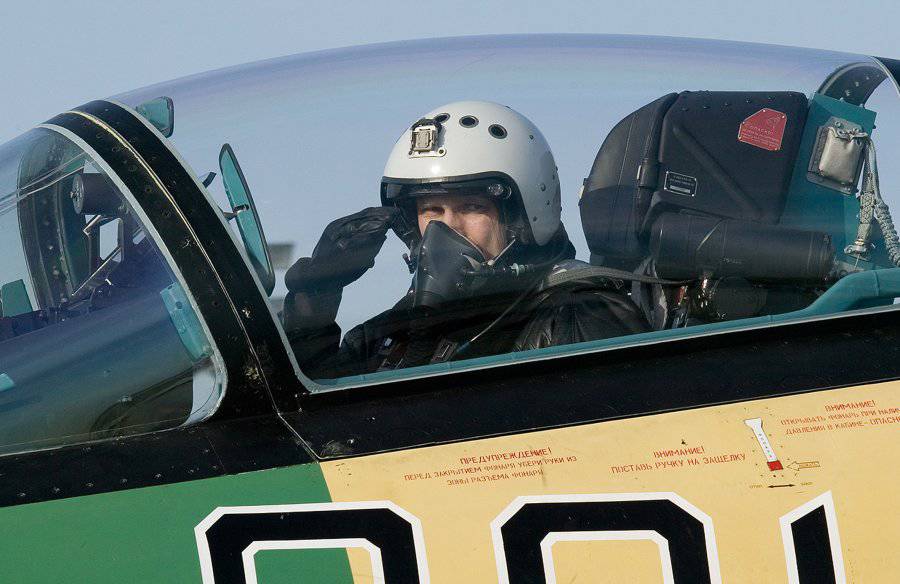 The aircraft’s armament is represented by a stationary cannon of caliber 30 mm. and a large set of outboard weapons hosted on 12 external suspension points. He is able to carry simultaneously up to 8 tons of weapons of various types, this includes guided aviation weapons of anti-radar and anti-ship, adjustable bombs and unguided TSA.

As part of the flight test program, more than 300 flights were performed and the planes were transferred to state tests at the 929 State Flight Test Center, where, starting from August 15, they began to implement the agreed program. In the same place the first serial copy joined it. At this time, the complex is ready for testing for combat use. 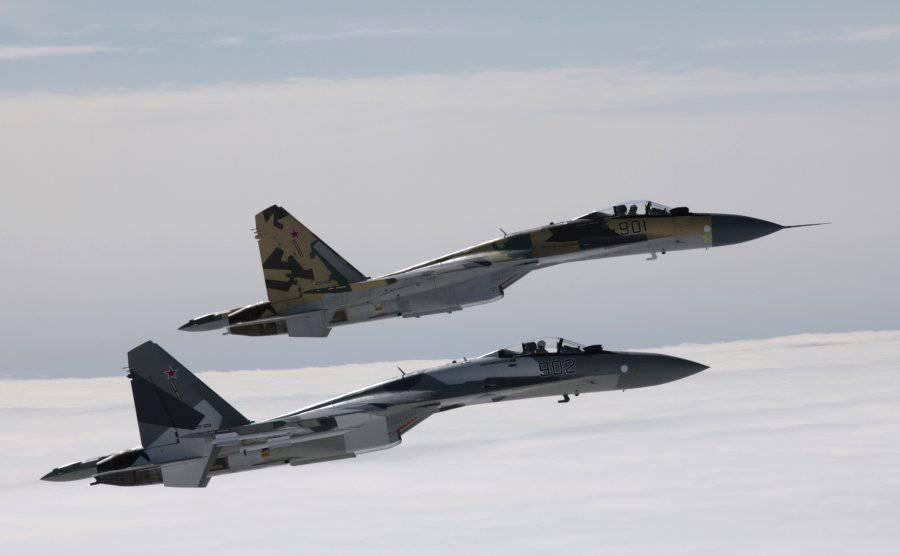 The media got unconfirmed information about the virtual fights of Su-35 and American F-35, conducted to compare the combat power of these machines. The fights were held as part of the secret Pacific Vision-2008 exercises at Hickam Air Force Base in Hawaii. Major-General Charles Davis, the head of the F-35 program, said that the exercises addressed problems in a completely different direction by not accepting, but noted the overwhelming advantage of F-35 over all existing fighter models in the world, and therefore to the Russian Su-35. (For reference: the US Air Force F-35, a multi-purpose fighter-bomber, attributed by the US military to the fifth-generation aircraft).

Russian scientists have a diametrically opposite opinion on this. According to the data obtained as a result of mathematical modeling of air battles with the use of various modifications of the F-35 US Air Force and Su-35 in the 117С engines, provided that the opponents have the same weaponry, the Russian model has an overwhelming advantage over any of the modifications of the fighter from America. The probability of a successful outcome of the F-35 battle against Su-35 does not exceed 0,21-0,28.

Of course, the final conclusions in this dispute are still too early. It would be nice to first give the Su-35 to adopt the Russian Air Force, which before 2015 should receive 48 such machines. But even the preliminary results of the tests of the aircraft of the new generation already provide some food for thought. Su-35 has a great future ahead and a clear sky for him! 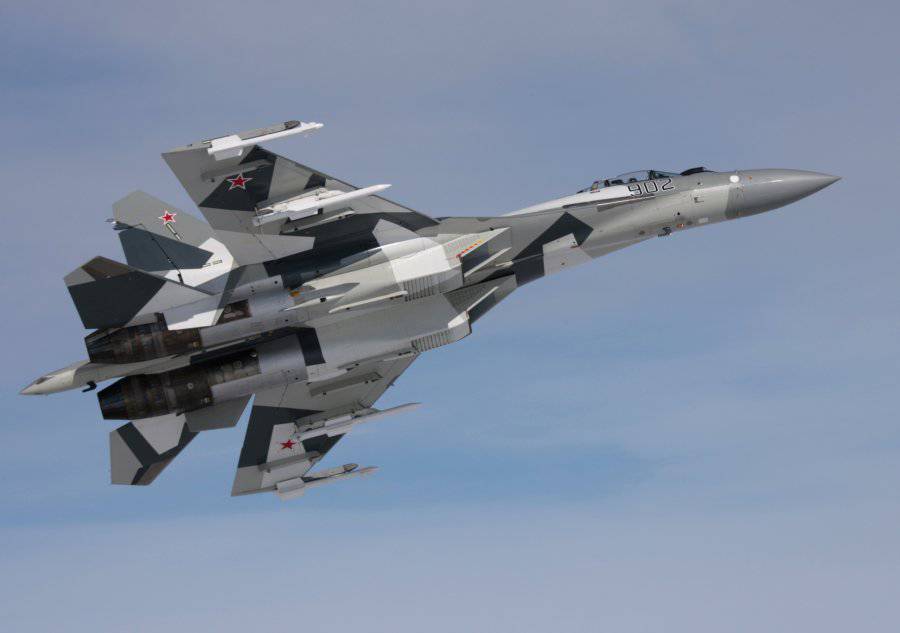 We are in Yandex Zen
An-12 in Afghanistan
Russia in the world market of new multifunctional fighters
123 comments
Information
Dear reader, to leave comments on the publication, you must to register.