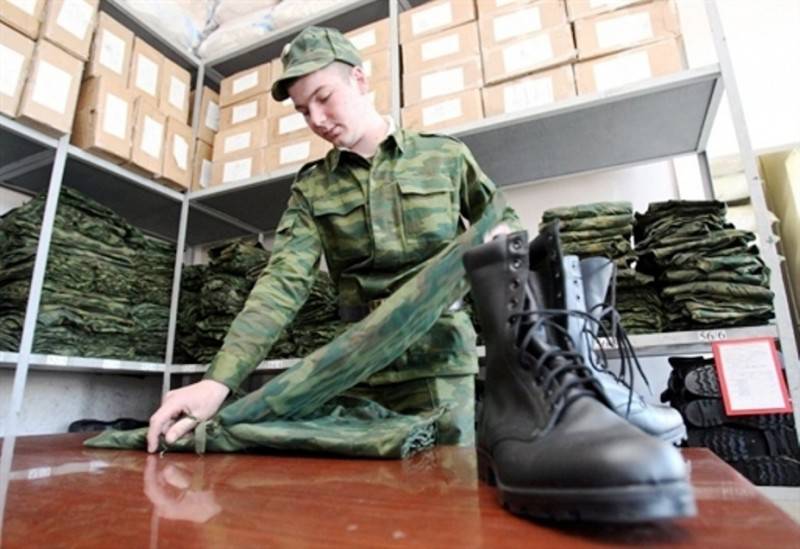 German Defense Minister Thomas de Mezieres during a recent visit to our country promised to contribute to the reform of the Russian army.


The interest and kindness of the minister is understandable. Recently, for example, our Defense Minister Serdyukov visited Germany to get acquainted with the super-modern center of military training of the Bundeswehr in the federal state of Saxony-Anhalt. The work of the equipment there provides a private company. She can build the same thing in Russia.

De Maiziere, being in Moscow, made it clear that he was positive about this project. Still would! How many weapons and military equipment can buy Russia in Germany, and not only there. And, of course, pay dearly for this pleasure. Our people's money will be spent on the development of the German military-industrial complex, - all to be honest ...
В stories Russia had a lot of military reforms. At one time, Peter I replaced the semi-regular Streltsy regiments with a regular army. Streltsov could not be considered professional warriors in the full sense of the word. Only a part of their time was given to the service, besides being engaged in trade and crafts. And Strelets salary was only part of their income. I had to replace them with soldiers who served first for life, then for 25 years.

In the reign of Alexander II, the military minister, Dmitry Milyutin, instead of an army based on a recruitment system with a twenty-five year service life, created troops built on the principle of all-conscription (universal) military service.

In the 1920s, the Bolsheviks, due to economic problems, organized territorial-militia units in which only part of the combat-capable male population of the country received short-term military training. And the call to the Red Army, for normal service, - for several years - was the lot of the few. And only in the second half of the 1930-s began to create the army familiar to us, based on the call of the majority of adult healthy men for military service ...

Each of these reforms had its own clearly defined goal. Any reformer on the basis of education, military qualifications and personal combat experience could clearly articulate what kind of army he was creating and for what kind of war.

Can the same be said about the current "reformer" Serdyukov? What does he even know about the army?

From October 2000, Serdyukov worked in the tax authorities. From March 2004, he was Acting Minister of Taxes and Duties, and in July 2004 was appointed Head of the Federal Tax Service.

It is said that George Zhukov in 1957 year, having learned that he was removed from the post of Minister of Defense, asked: who was appointed to his place? Learning that his successor was Marshal Roman Malinovsky, Zhukov said: “It’s good that it wasn’t Furtsev” (Ekaterina Furtseva was the USSR Minister of Culture for a long time).

It is hard to imagine what George Konstantinovich would have said, having familiarized himself with the “service” list of Serdyukov. Perhaps the richest imagination is not able to reproduce his reaction to the Lenmebeltorg Shop No. XXUMX, Furniture-Market and the uniform from Yudashkin.

Perhaps the most unexpected part of the military "reform" was the idea of ​​using civilian medical personnel in the military. Thanks to the efforts of the Ministry of Health and Social Development, our civil medicine is slowly and painfully dying. Therefore, military hospitals are becoming increasingly popular in the provinces. By crook civilians try to get there.

The author several years ago had a chance to meet the French military in Dushanbe. They then said something about their ill friend, whom they were going to visit. I asked where he is treated. “You, in the hospital of the 201 military base (of the former division),” the French responded. They, like many other foreigners who were in Tajikistan, preferred to be treated in our military hospitals. NATO members treat their health with trepidation, and where they are to be treated, they are not mistaken.

Well, since military medicine still has its traditions and is really capable of healing - it, of course, must be “reformed.” And now you can imagine the civilian "military medics" who received the order to immediately fly into a "hot spot" or a "big war", under the fire of the enemy ...
But it's flowers.

“We would like to create such a mode of operation, in which the soldier would seriously engage in physical training, training, and combat use of weapons five days a week,” our minister said, “but Saturday and Sunday should be days off for him will add on vacation. "

Consider how many days will remain in service, the minister did not. It's a pity. Besides him, hardly anyone can imagine the vacation accumulated over 52 week in a year.
Even more ridiculous is the idea of ​​attracting civilian organizations to cleaning floors, toilets and cooking in the army. Serdyukov does not speak about where he will take money for this, and how it will look in practice. Obviously, so as not to take away a piece of bread from humorists.

“We came to the conclusion that we still have to unload them (soldiers) from these functions in order to concentrate all the time on the actual service, physical training, combat training and study,” said the Minister of Defense. - Apparently, we will give all these functions to outsourcing and invite civilian companies. We have studied this experience in many European countries. ”

Yes, the implementation of the Dutch experience in Transbaikalia, and the Danish one in Kamchatka promises many interesting situations.
But it will be especially interesting to look like an army armed with foreign weapons, in need of supplies of ammunition and spare parts from abroad, serviced by private organizations for economic needs in the event of a sudden military conflict. Especially if the war starts on Sunday, at four in the morning ...

We are in Yandex Zen
How Serdyukov promoted "their"?
Anatoly Serdyukov - "not a man, this is a function"
15 comments
Information
Dear reader, to leave comments on the publication, you must to register.