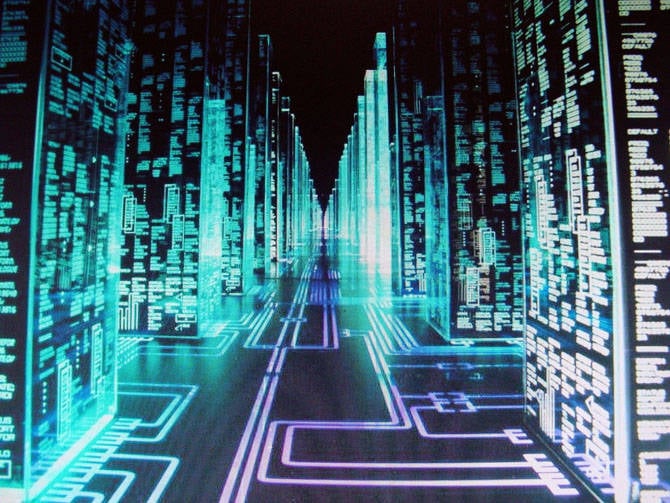 One of the leaders of the Eurasian movement held in Rostov an excursion into modern geopolitics.

On the eve of the presidential election of 2012, political forces and social movements are trying to predict the future of the country. Representatives of the International Eurasian Movement also demonstrated their views. In their opinion, Russia may not expect joyful prospects: popular unrest, invisible wars, inspired by foreign enemies, and, as a result, a unipolar world led by the United States. But such a development is not a sentence. There is an exit. True, the chances of its implementation do not look too real.

Last week, a Moscow political analyst, director of the Center for Geopolitical Expertise, and one of the leaders of the International Eurasian Movement Valery Korovin arrived at the Southern Federal University with a report. Known for his works in geopolitics and the study of network wars, Valery Mikhailovich, speaking in front of Rostovites, actually outlined the basic ideas of the Eurasians. These theories are based on the confrontation of two systems: the “civilization of the land”, by which is meant the Eurasian continent, and the “civilization of the sea” - the growing “monster” of the USA.

“Many experts today stress that a network war is being waged against Russia,” began Valery Korovin. - In the American military strategy, such operations are called "network-centric wars." Previously, fighting was carried out using such concepts as "army", "front", a battle clash occurred head-on, and victory depended on who had the most powerful weapon. This tactic was replaced by the strategy of John Garstka, where aggression does not come from outside, but is born within the borders of the state.

It sounds intricate, but the theory becomes clear if the state is schematically depicted in the form of rings with a common center: like a shooting target. “Yablochko” in it is the national leader, the next ring is the political elite, the next is the expert community and the media space, then the society and, finally, the armed forces. The network-centric war assumes that the first blow is struck precisely on the “bull's-eye”: the ideological impact on the leader of the state begins. Then, with the support of the ruler, the political elites are “processed”, then the expert community, and so on, gradually moving away from the center towards the edges of the target.

“Let us recall the events of the end of 80, when American politicians were actively“ processing ”Mikhail Gorbachev,” says Valery Korovin. - Then the idea was instilled in the country that Russia should submit to the common logic of the global process - above all, give up sovereignty. The collapse of the country, the disintegration of the army was presented as a normal phenomenon, arguing that Russia is developing in step with its Western counterparts. The Gorbachev case was continued by Boris Yeltsin. However, with the advent of Putin was made a significant change of course. During the Munich speech, he stated that Russia's sovereignty is the main value that should be defended.

The political elite of the Yeltsin team did not share a far from liberal idea of ​​“drenching in the toilets”. But because Voloshin, Kasyanov and other politicians soon lost their seats in the closest circle of the president. So, according to Korovin, the process of resistance to the Western influence began.

“The collapse of Russia was postponed, but this does not mean that they completely abandoned their plans,” explains Valery Korovin. - The Americans are counting on the use of the Anaconda plan — the environment of the enemy and cutting it off from contacts with the outside world. We have lost the closest allies - the countries of Eastern Europe. About one hundred US military bases are located in Eurasia. The last breach at the borders of Russia is Iran; therefore, American troops are now actively making their way to it. There is a reformatting of the Middle East according to American plans. The fact is that these states still represent a traditional society dominated by a clan system, a tradition. Mixing the social strata of these countries, foreign forces impose liberal values ​​there. But a society that has begun to seethe may never come to a static stable state. America is seeking this.

Today it is hard to answer what is actually happening in Libya: the struggle of the people against the regime or the civil war, carefully planned by external forces. Whatever it is, Eurasians are warning: what is happening in the countries of the Middle East should give a signal to Putin that events can repeat themselves in Russia.

“In a situation of instability in the country, there will always be those who disagree with state policy,” says Valery Korovin. “But the most convenient thing about the network-centric war is that it is impossible to use nuclear weapons. Even if social unrest begins in the country and a “customer” of the revolution is found, there are no reasons for using this trump card. If the people demand resignation, and the ruler begins an atomic war against the United States, then this is regarded as clearly inadequate actions. Unfortunately, the fact that Russia has a nuclear shield does not mean that there will not be a change of power inside the country with the establishment of a regime under the control of the West.

The idea is interesting, believable and has a right to exist. However, it has a downside: with a similar prospect, if you wish, you can justify any actions of the government against the population dissatisfied with the policy of the state. Who is stopping to declare "enemies of the people" disagreeable to the ruling party of the opposition, threatening, according to theory, not only the "top", but the entire sovereignty of the state? Then the authorities are tempted to classify any pensioner who demanded the resignation, say, of Vladimir Putin again becoming president, to the camps committed by the West. After all, the October Revolution was preceded by rather innocuous demands to raise wages, shorten the working day and stand up for the protection of the working population. Political slogans sounded later.

- The scenario of the collapse of the country was already ready in 2008, but it was postponed when Dmitry Medvedev, liberal, understandable to the West, came to power. Now the script, in principle, can be postponed again for 6 years. In fact, the future of the country depends on the choice of Putin, - Valery Korovin suggested.

In principle, the theory of the "cold war" could now serve the hand of the ruling regime. After all, the government is not re-elected and not overthrown only in one case - during hostilities ...

Russia is about the size of a continent

However, Eurasians see the main threat to the sovereignty of Russia not so much in social unrest as in inter-ethnic conflicts and the desire of some subjects of the federation to become independent. Valery Korovin called Putin's great merit that, having come to power, the new president stopped Chechnya’s withdrawal from the Russian Federation:

- It would mean a disaster for the country. Following Chechnya, other ethnic groups would also be separated from the Russian Federation. In general, the integrity of the state is possible only if the ethnic group does not coincide with the territorial boundary of the subject. Chechnya, where only Chechens remained, or Ingushetia, where there are only Ingush people, is easier to secede than Kabardino-Balkaria, which unites representatives of different ethnic groups.

Members of the International Eurasian Movement are confident that ethnic groups should be preserved, and not turned into a faceless biomass called “nation”.

- Ethnos is a living organism. Nation - stuffed organism! - convinces Valery Korovin. - In the West, "ethnicity" is prohibited. There are only "citizens of the state." A nation is a transitional state of the state on the way to civil society, where the people as such do not exist - there are only “citizens”.

According to the Eurasians, the liberal ideology, in the center of which is the individual, leads to such a loss of roots. Eurasians see their task in opposing liberal values. And, moreover, in the creation of a huge state - in contrast to the expanding influence of America.

“The main idea of ​​the international Eurasian movement is that Russia should be big,” says Valery Korovin, pointing at the borders of Eurasia. - From the point of view of geopolitics, the static nature of a state can be preserved only if its borders coincide with the borders of the continent. We are not talking about the need to Russify. We are talking about the strategic unity of all ethnic, cultural and religious diversity, - explains Valery Mikhailovich. - Before our eyes, America declares that the world should be American. They are building a global world American empire. The national states are not able to resist it. Only another empire can oppose the empire. Only in this form will we be able to preserve all ethnic diversity in the face of the American invaders!

The scale is impressive, but there is something to think about. The West doesn’t need such a deal. It’s hard to believe that the upper floors of the Russian bureaucratic elites and oligarchs, instead of the current shaky but convenient stability, will prefer to attend to the construction of a new empire. And as for the townsfolk, who prefer not to notice any prophecies plow over the construction of their little bourgeois paradise, the more there are no illusions. However, history self-sacrificing loners always move, so there is always a chance for success. The question is, is modern Russian society capable of producing a “critical mass” of such enthusiasts?

We are in Yandex Zen
A.Dugin. Geopolitics of Russia of the twentieth century
On the other side of the "red" and "white." Report Izborsk club
3 comments
Information
Dear reader, to leave comments on the publication, you must to register.