Scorpions for the Russian army 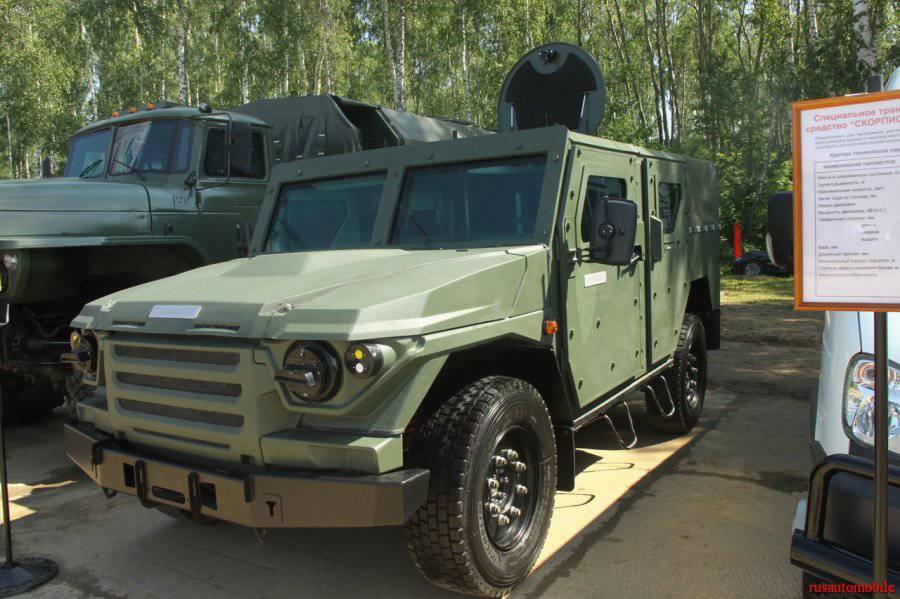 Russia, following foreign countries such as the USA, France and Germany, began to pay great attention to the development of light armored vehicles. Scorpio-LTA and Scorpio-LSHA - the latest examples of Russian armored vehicles. Domestic armored vehicles manufactured by CJSC Protecting Corporation in their parameters do not lag behind the best foreign analogues. 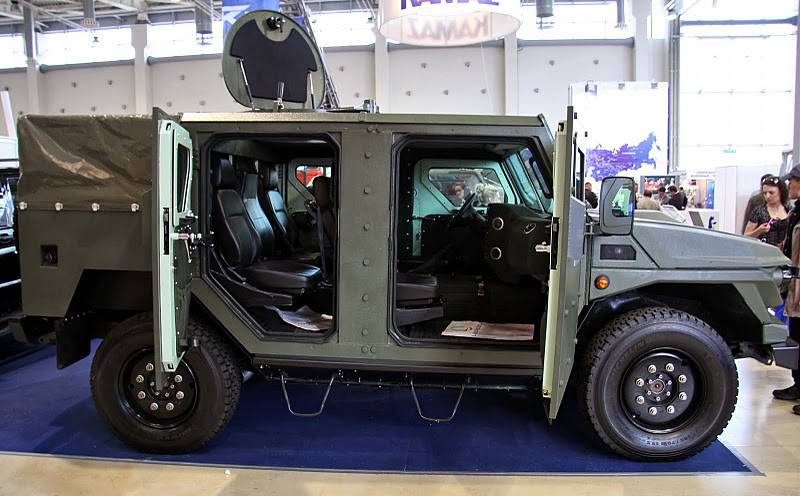 The first phenomenon of a light tactical car Scorpio public occurred during the international salon "Integrated Safety-2011". It is planned that the novelty will be able to participate in counter-terrorism and intelligence operations, patrolling territories, as well as accompanied by convoys on any roads and in their absence. Permeability of the car at the highest level. Reliable cover provide machine guns "Kord" and KPVT, as well as grenade launcher "Flame". 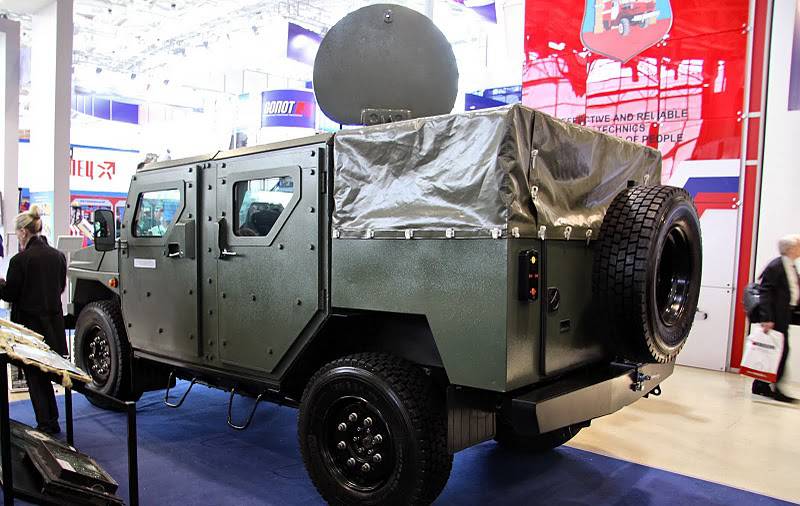 With the mass of an armored car in 4 tons, its speed limit - 130 km / h, the power reserve of the Scorpion-LTA is equal to one thousand kilometers. Small bullet protection weaponsinstalled on the car, equated to 6 class GOST, additionally installed structures that protect against detonation of explosive devices within 6 kg TNT. 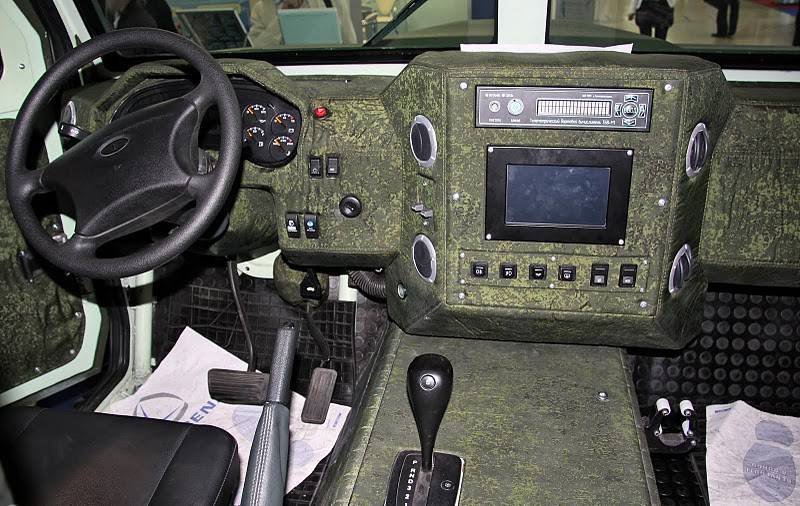 The society met with the light assault car Scorpio in 2010 year. This armored vehicle can be used to transport eight people, transport cargo, evacuate the wounded, and also participate in special ground operations. As well as the model described above, the Scorpion-LSHA can be a carrier of weapons and be used in any weather on any roads. At present, this armored car is being tested according to a special program of the Russian Ministry of Defense, since it is planned that in the coming months light assault vehicles will go into service.

The appearance of new light armored vehicles is not too different from conventional SUVs. Hidden reservation leads to the fact that an outsider may not distinguish at all military equipment from a conventional car. At the same time, tests are also conducted on the unarmored civilian version of the Scorpions, which can become a traveling part of the commanding staff. Cars are crammed with special equipment, including video tracking devices, navigation devices, fuse suppression devices and others. Such a filling can save the life of the driver and passengers in many situations.

We are in Yandex Zen
Heavy armored cars of the Sd.Kfz family. 231 8-Rad
Armored Scorpions UK
24 comments
Information
Dear reader, to leave comments on the publication, you must to register.