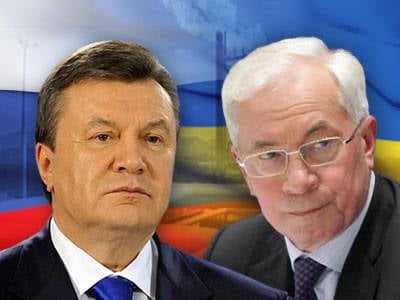 Appeal of the Presidium of the Central Committee of the PSPU to the President of Ukraine V. Yanukovych and Prime Minister N. Azarov “Stop setting fire to the gas war with Russia!”, Which is fully cited below:

Your domestic and foreign policy, in contrast to your election promises, turned out to be deceitful, unprofessional, and treacherous. The whole essence of your economic and social reforms is the sale of state property to your fellow party oligarchs, and the plundering of the people of Ukraine with penniless wages and pensions, pension reform, deprivation of legal benefits, constant inflation of prices and tariffs for the population.

Do you understand that our people are not just disappointed in your work, but are starting to hate you?

We know that you are advised by American political consultants who have worked in the United States to pacify their people by manipulating their consciousness, switching their attention to other problems. All US presidents in running for a second term incited wars in different parts of the world. To consolidate your people and increase your own rating.

You are applying this political method now, setting fire to the war with Russia, exposing it endless ultimatums, forming from Russia in the minds of our people not just the culprit of all misfortunes, but the image of the enemy.

The Presidium of the PSPU Central Committee considers the perpetrators and instigators of the war with Russia to you personally, as well as your predecessors, Yushchenko and Tymoshenko. You carry out someone else's political order, which is fraught with large-scale disasters for Ukraine and our people.

The truth is that the initiators of the revision of the gas agreements were the Ukrainian authorities. And we must honestly tell our people why they began to revise these agreements. The truthful answer is that Ukraine decided to join the WTO and voluntarily assumed obligations to fulfill the conditions of the WTO and consume gas at world prices. This is your PR faction, in the Verkhovna Rada of Ukraine, being in opposition to 4 on April 2008, supported the Orange power with all its votes and voted for joining the WTO! Among those 411 deputies are your personal voices, Viktor Fedorovich and Nikolai Yanovich.

Therefore, the gas contract from January 19 2009 between Naftogaz and Gazprom is the implementation of WTO requirements, and not an ultimatum to Russia.

But you, fulfilling your obligations to the West on the European integration of Ukraine and joining NATO, you, precisely you, are refusing lucrative offers to lower gas prices. Raising gas prices for the population, fulfilling the requirements of the IMF for the sake of getting another loan, you are again lying that Russia is to blame.

Guilty you! But throwing our people at the millstones of the struggle provoking a war. You continue the traditions of the national fascists of Ukraine. Stop! We are all the responsibility for inciting war with Russia, and for its consequences, we assign to you.

We are in Yandex Zen
About Stalin and Khrushchev
Reading the Criminal Code
42 comments
Information
Dear reader, to leave comments on the publication, you must to register.