Say a word about poor Russia ... 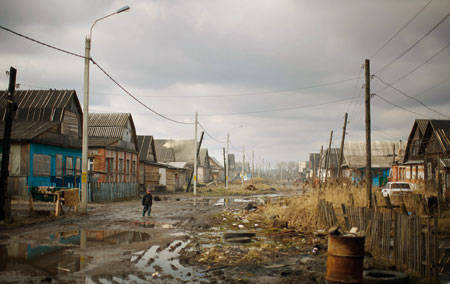 When they talk about Russia as a rich country, the first thing that comes to mind is the oligarchic structures that extort this wealth from the depths of the country, stuffing their wallets with new and new bills. Russia is generally an amazing state in which people live, stubbornly trying to reassure themselves that, say, in other countries is even worse than ours. So says the doctor or teacher, who for their titanic work get real crumbs. So say retirees on the bench, who gave the best years of their lives and their health to the plant, which allowed its directors to buy villas on the Cote d'Azur, cottages on the Rublevo-Uspenskoe highway and start dimensionless accounts in Swiss banks.


You can’t stop wondering how, possessing colossal natural resources, excellent specialists in various industries, our country cannot raise the minimum wage to at least the level that would allow a person to exist normally.

From year to year, the leadership always told the people that, they say, it was necessary to tighten their belts more tightly, wait a few years later, and life would be better and more colorful. But one year passes, and the second, then a decade, but for some reason the number of poor people does not decrease at all. Or this amount is reduced so slowly that many of the poor can no longer wait for the promised light at the end of the tunnel. At the same time, people who offer to tighten their belts for some reason do not demonstrate this by their example. The officials are fanning them so that even on the TV screen one can see that the jacket on them is already badly converging.

If you look at our billionaires, which, by the way, are more than in any other country in the world, then 99% of their number are the people who organized their business to sell natural resources. The Constitution of Russia on this occasion says that the mineral resources with which our country is rich are in the public domain. But why do some citizens have to pay for gas, electricity and heating so much that it "eats" the lion's share of the family budget, while others simply put money in their pockets.

Surprisingly, in Russia a peer to peer tax scale has long existed. More precisely, there is a single 13% tax for everyone, and there is no scale at all. In all developed countries of the world, tax policy is aimed at the fact that any super-profits are subject to additional taxes, the level of which can reach 50-60%. To this, our leaders respond that if we introduce such a scale in Russia, the oligarchs will begin to conceal their super-profits. One might think that today we all know perfectly well how much Abramovich or Vekselberg actually earns. And one might think that their whole business for every Russian is so transparent that there can be no questions here. But even if the upper stratum of state power cannot guarantee the conduct of honest business, it means that such a business is completely absent in the country. It turns out that in no way in Russia can the courts be trusted. After all, if a handful of people simply steal money from people, and these people need not be afraid of criminal prosecution, then with such a system there can be no question of any development at all. The existence of the same 13% tax level for a pensioner and an oil and gas oligarch is simply a payoff of power from financial magnates in order to stay in their own hired chairs. We conclude that the current government continues to flirt with criminals, cover corrupt courts, create laws that only support oligarchic structures. There is no talk of the prosperity of the nation.

Is the total corruption of officials in Russia so great that no country’s leader can cope with it? But after all, a similar situation existed even 30-40 years ago and in the countries of Southeast Asia - Singapore, South Korea, and Taiwan. However, the leadership still found the strength to sever this knotted Gordian knot. In the same Singapore, an overnight change of judges and other officials was made. All the most important economic posts were taken by quite young people who, with their zeal, were able to give a powerful impetus to the Singapore financial system. Meanwhile, in Singapore, unlike in Russia, there is neither gas, nor oil, nor diamonds ... By the way, the new judges were assigned salaries of more than 900 thousand dollars. With such salaries, bribes were no longer discussed.

But what salary do we have here, do not appoint a judge, governor or deputy, his little hands will still reach for a sealed envelope. This is a real disease that even burn with a hot iron.

Just sometimes you start to think, and it would not be better if they took and ended these oil and gas reserves from Russia. Maybe even then the country's leadership began to think more actively about the need to diversify the domestic economy.

Honestly, sometimes it is just sick to watch, as obese officials come to the opening of sports complexes or new maternity homes, gathering crowds of journalists and firing right and left. It turns out that people should also bow to their legs because they tore a crumb from their big oil pie and threw it to us.

Today, the government does not have the courage to admit that it is not able to control the development of the situation in the country. When it comes to companies with multi-billion capitals, the state, you see, cannot interfere in their business, but when people in the provinces try to create a small family business to grow vegetables and fruits, here the state manifests itself in all its glory. A whole group of controlling inspectors come to the farm: from tax officials and firefighters to sanitary epidemiological stations and Rostechnadzor. Poor people are starting to think not about how to deliver the grown potatoes to the consumer, but about how and how much “put on the paw” to the controllers of all stripes so that they do not interfere with work and earn.
The authorities cannot ascertain that Russia is a poor country. We occupy a “confident” 53-place (as of July 2011) in terms of per capita income in the world. It's amazing, but countries like Slovenia and even the Bahamas live better than us. At the same time, such a result is presented by Russia itself. A foreign research agency made up of World Bank analysts puts Russia on the basis of such an indicator as per capita income, generally in the 76 place in the world. Here even Equatorial Guinea overtakes us!

Do our leaders simply do not care about these numbers. They also perfectly show how all the “attempts” of the Russian authorities are ineffective. It turns out that any efforts of some state authorities, if such efforts take place, are simply broken on the rock of corruption and inaction of others.

But the strangest thing is that in Russia, literally everyone understands that our citizens should not live so poorly. However, we again attack the familiar rakes of falsified election results and again begin, looking around, to grumble at our hard life.

Needless to say - if the authorities do not see the control of their actions by the people, then such power turns into a fat-skinned dinosaur, who does not care about those who run under his feet. And if something does not like this dinosaur, so it can crush. While we continue this running under the feet of powerful dinosaurs and are afraid to look up with passion. If we continue to continue in the same spirit, then the prosperity of the ordinary citizen in Russia is out of the question.

We are in Yandex Zen
What you didn't want to know about England
What we lost
36 comments
Information
Dear reader, to leave comments on the publication, you must to register.