Russia and India are entering a qualitatively new level of relations 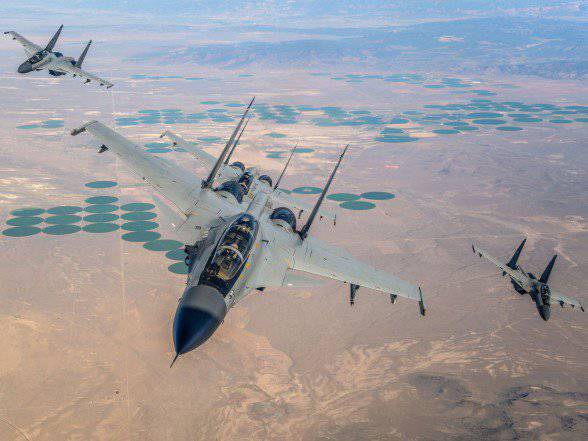 In 2015, Russia and India will celebrate 40 years since the launch of the Indian satellite Aryabhata into space with the help of the Soviet Soyuz launch vehicle. By the 50 anniversary of this event, the leaders of our countries expect to reach a higher level of relations. And not only in the space field. A significant role in expanding cooperation is assigned to enterprises of Rostec State Corporation.

History Russian-Indian relations dates back several centuries. The beginning of them belongs to the XV century - the time when the first trade contacts were established between our countries. Since then, relations between Russia and India have continuously developed and for all 550 years have never passed into the stage of confrontation.

Diplomatic relations between the USSR and India were established on 13 on April 1947 of the year. And by now this country has become one of Russia's largest partners in the Asia-Pacific Region (APR). 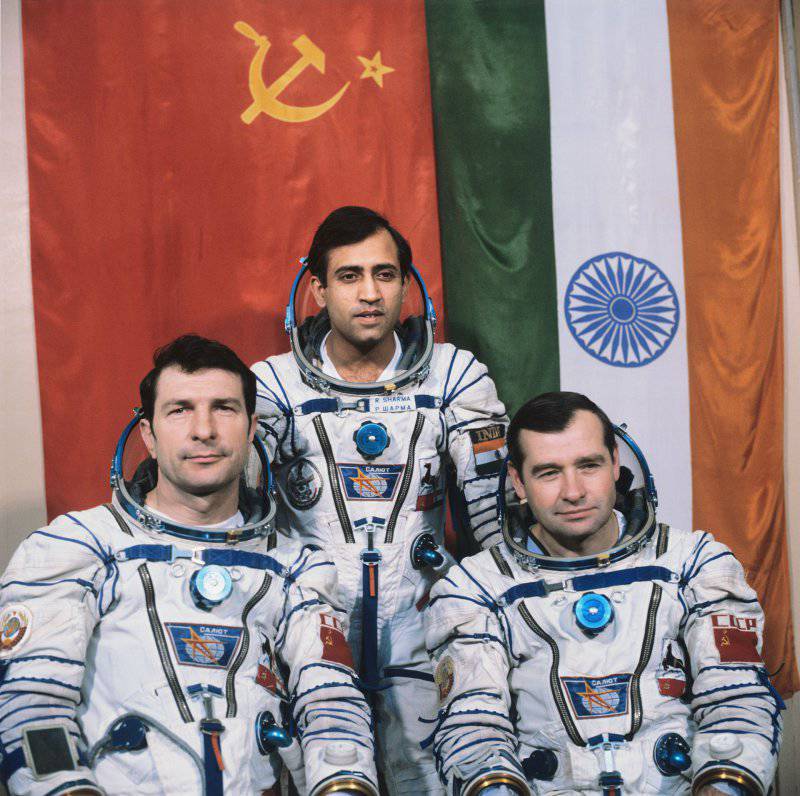 The basic documents of Russian-Indian relations are the Treaty on Friendship and Cooperation between the Russian Federation and the Republic of India, concluded in 1993, as well as the Declaration on Strategic Partnership, signed in 2000. Commodity turnover between our countries is constantly growing, in 2012, it reached the level of 10 billion US dollars, and by 2015, according to forecasts, it should double.

In December 2014, Russian President Vladimir Putin, at the invitation of the Prime Minister of the Republic of India, Narendra Modi, paid an official visit to this country. The trip resulted in the signing by the parties of a plan to strengthen the Russian-Indian partnership over the next decade.

“The leaders stressed that the time has come for a significant expansion of bilateral cooperation and bringing friendship between the two countries to a qualitatively new level,” says a document published on the official website of the President of Russia.

To this end, both countries intend to deepen the partnership in various areas: energy, technology and innovation, economic cooperation, ensuring global order and peace on Earth, as well as expanding contacts between people.

Military-technical cooperation (MTC) of Russia and India has been carried out since 1960, and has traditionally been large-scale. Over the years, 50 Moscow delivered Delhi weapons and military equipment to 35 billion dollars. By 2007, India in terms of purchases of Russian weapons came out on top.

Currently, almost 60 percent of the weapons and military equipment in service with the Armed Forces of India are Russian-made. And most of this technology was developed, designed and manufactured at the enterprises of Rostec State Corporation.

Every year, Russia and India are increasingly becoming not just a seller and a buyer, but multifaceted partners in the development of new technologies, modernization of weapons and the production of military products. So, in accordance with intergovernmental agreements, licenses and technical documentation for the production of Su-30MKI aircraft were transferred to the Republic of India, aviation engines RD-33 and AL-31. Russian enterprises are participating in the Indian program for the Kaveri aircraft engine.

Recently, India purchased a large batch of Su-30MKI fighter jets from Russia. In addition to the aircraft itself, Su-30MKI vehicle sets are produced in Russia, which are then sent to be assembled at the enterprises of the Indian corporation HAL.

Russia also supplies India and other types of aircraft. In particular, MiG-29 airplanes of various modifications, Mi-17В-5 helicopters. According to the contract (worth 1,34 billion dollars), the holding company "Helicopters of Russia" will produce 80 machines. Helicopters are made according to customer requirements. In particular, they are adapted to the hot and humid Indian climate, as well as high mountains.

In addition, an agreement was recently signed to open in India an assembly production of Russian Mi and Ka helicopters at the joint venture of Russian Helicopters and the Indian Elcom Systems Private Limited. 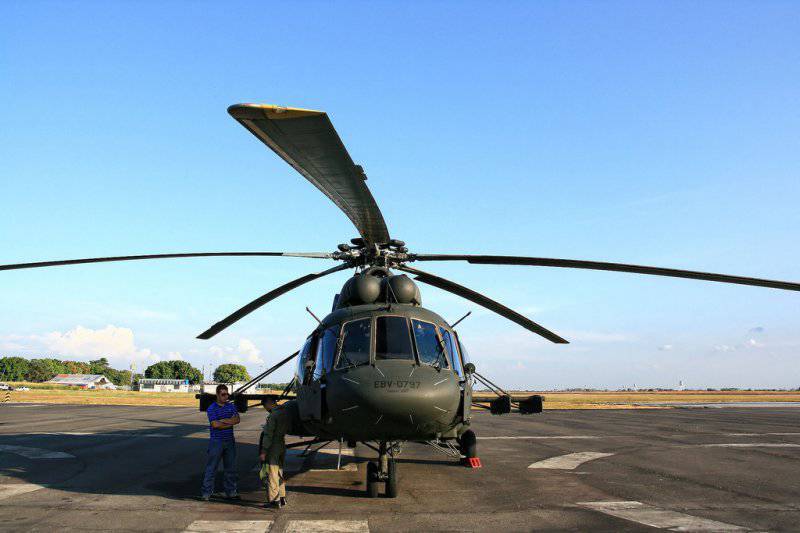 Another vivid example of cooperation between our countries is the contract between Rosoboronexport and BrahMos Aerospace for the revision of the Su-30MKI aircraft for the use of the Brahmos supersonic rocket. The Indian side is ready to invest heavily in the creation of the fifth generation fighter, created on the basis of the Russian T-50.

At the Aero India exhibition - 2015, which will be held from 18 to 22 in February in Bangalore, it is planned to hold talks with representatives of the Indian Air Force and aircraft manufacturers from HAL corporation on equipping Russian-Indian aircraft with communication complexes: FGFA fighter aircraft and MTA transport aircraft. 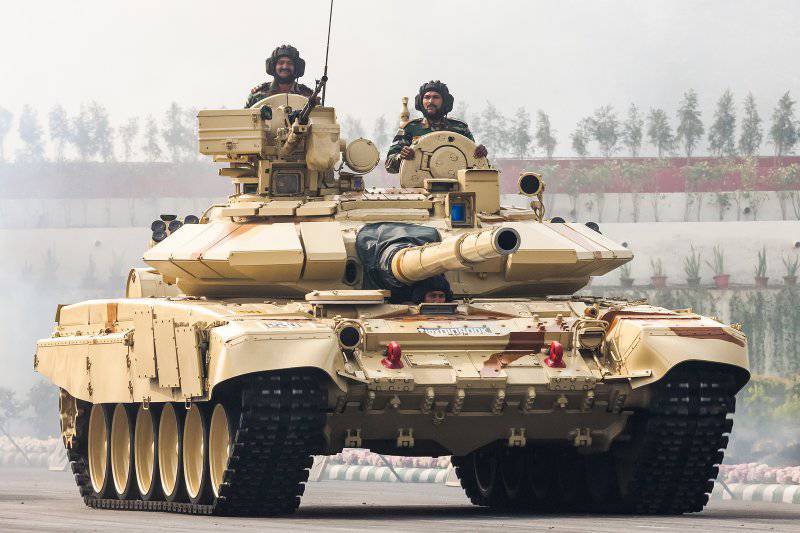 For many years, Russian Tanks T-90s are considered strategic weapons in India. Even after creating their own Arjun machine in Delhi, they did not refuse additional purchases of our T-90s. 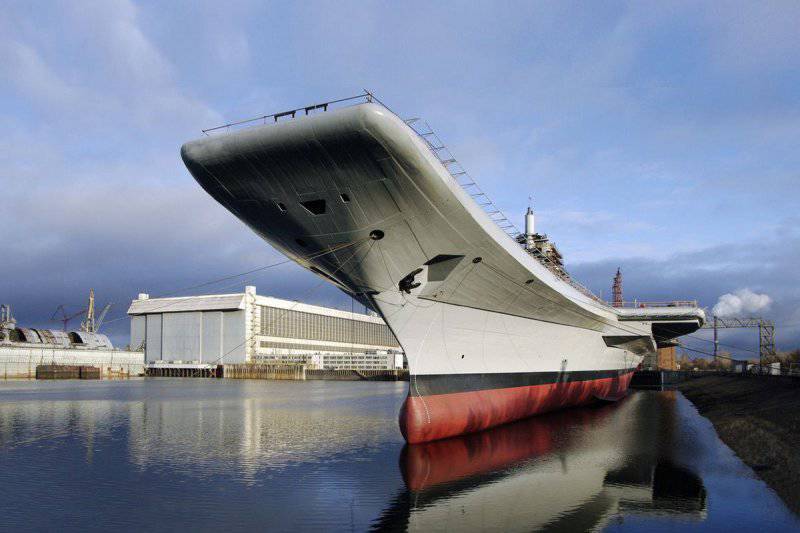 At the end of 2013, VSMPO-AVISMA supplied titanium products for Indian nuclear submarines, which are being built at the shipyards of an Indian shipbuilding company. VSMPO-AVISMA Corporation plans to develop relations with its partners in Delhi.

In total, over the 45-year cooperation period on naval issues, the Soviet Union, and then Russia, built more 70 warships for India.

Thus, military-technical cooperation has been and remains one of the main directions of Russian-Indian relations. According to experts, even in the face of fierce competition and the ongoing financial and economic crisis, our country will be able to maintain the level of sales of its weapons and military equipment to India in the amount of about 3 billion dollars a year.

One of the most important issues for India is energy security. The country is experiencing a shortage of energy carriers and, of course, seeks to expand energy cooperation with Russia, including the oil and gas sector, electricity, nuclear energy, renewable energy and energy efficiency.

The Plan to Strengthen the Russian-Indian Partnership for the Next Decade states that the parties will increase the volume of exploration and production of oil and gas, LNG production and supplies, as well as examine the feasibility of building a pipeline connecting the Russian Federation with India.

Both countries view nuclear power as a clean, reliable and competitive source of energy, therefore, they intend to increase cooperation in this area. To this end, the Indian side agreed on an expedited basis to allocate a second site, in addition to Kudankulam, for the construction of nuclear power units in India on Russian projects.

Russia and India plan to pay special attention to the expansion of scientific cooperation and cooperation in the field of high-tech products, communication and information technologies. An example is the recently signed agreement on the use of the Russian GLONASS satellite system by Indian companies.

The space agencies of Russia and India intend to cooperate even more actively in the field of application of space technologies, space transportation, satellite navigation, space science and the study of planets.

Particular attention is paid to the production of civil aviation and helicopter. The Indian side is showing interest in the supply of the Sukhoi Superjet 100 aircraft, to the MS-21 aircraft family. The Russian Helicopters holding is working on a project to organize the assembly of a modified Ka-226T helicopter for the country's civilian market in India, and is exploring the prospects of supplying other light helicopters to India.

There is a mutual interest in the further development of Russian-Indian cooperation in the metallurgical and mining industries, the modernization of metallurgical enterprises built with the support of the former Soviet Union and Russia.

The huge untapped potential of the governments of both countries is seen in the sphere of bilateral trade, economic and investment cooperation. To realize this potential, the parties outlined a number of measures. For example, the promotion of such major infrastructure projects as the Delhi-Mumbai industrial corridor, smart cities and freight traffic corridors. Indian companies will be encouraged to participate in industrial parks and technology platforms in Russia in areas such as pharmaceuticals, fertilizer production, the coal industry and energy.

As a result, by 2025, the turnover of goods and services between Russia and India, according to the leaders of our countries, could be increased to 30 billion dollars. A level of mutual investment will exceed 15 billion dollars from each side.

In conclusion, not to mention that the parties also intend to strengthen ties in the field of education by establishing direct contacts between universities and academic institutions of the two countries.