The catastrophe in Yaroslavl is a reaction to Russia's attempts to create an alternative to world government. 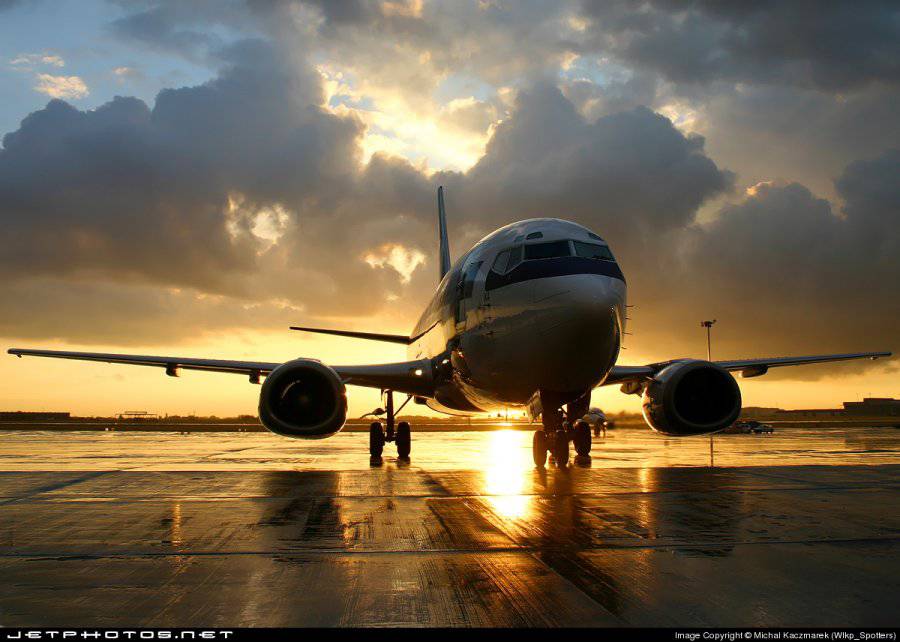 The language by which communication takes place between the powerful on the meta-political level does not imply a direct connection between them. Messages of this kind are transmitted through certain events that have a deep symbolic background, which are very well understood by those to whom this message is addressed. Simple mortals are always declared more mundane explanations of what is happening.

A more than graphic example of such a hidden message was the crash of the Yak-42 aircraft near Yaroslavl, in which the Lokomotiv hockey team died. We were immediately presented with a standard set of versions, leading public opinion as far as possible from the essence of what was happening.

What is the decoding of this message? Russian blogger Dmitry Day is putting forward the following version:

“There must be one locomotive in the world! That is what our sworn Anglo-Saxon "partners" think. And so that this is understandable to everyone, and in particular to Russia, they again arrange a “speaking” terrorist act. That is how I qualify the crash of the Yak-42 with the Lokomotiv hockey team on board.

Everyone who watched Anatoly Nosik’s “Navalny” expose movie, probably noticed the contrasting, compared with the topic under discussion, Anatoly Wasserman’s comment, I quote: “The plot is aimed at subordinating to the single political and economic center not of Russia, but of the whole world.” I do not doubt the encyclopedic knowledge of Wasserman, and even more so - in his analytical skills. Therefore, I’ll just try to develop this logic - the single political and economic (I especially emphasize this) the center should take over the management of the whole world. Those. to become a world government, which is often mentioned recently in political forums, blogs and media. However, the introduction of a world government with the subordination of all countries in the world to a single center is hardly possible today by simple agreement between the countries. Well, who among the rulers would like to have another leader over them? Here we need either a world confusion, after which the vanquished (and they should be practically everyone except one country or a group of countries united by common goals) recognize the world government designated as the winners, or some international organization should take on the functions of a world government gradually switch over to the management functions of all countries of the world, developing uniform recommendations, standards for all countries, etc. So one day, all countries will realize that their internal management is fully carried out according to the standards of a certain supranational structure, and their own governments no longer play any role.

Today we are witnessing the implementation of both scenarios at once. Everything is clear with the world turmoil - what is happening today in North Africa, some politicians call the Third World War. But who claims to be the organization, which in the future can take on the role of world government? Let's figure it out.

The United Nations has long been discredited by the efforts of the United States - remember the disgraceful departure of the "blue helmets" of the United Nations from Serbian villages, where Albanians immediately came and created their bloody atrocities there: and hand over the edge to the control of the UN mission. It was believed that this measure would lead to the normalization of the Serbian-Albanian conflict, but in fact the “blue helmets” simply transferred all the power of the Albanian administration. And then the massacre began in Kosovo. ”

They strongly discredit the UN and lately, everyone’s still remember the 1973 resolution, adopted by the UN without any investigation into what is happening in Libya, and not canceled after numerous violations by NATO.

Pay attention - NATO is engaged in discrediting the United Nations - a military bloc created by the USA against the USSR and continuing to exist after its collapse.

So, the UN does not fit - the reputation is not the same.

Maybe the WTO? Is she the “World”? No - it has a narrow specialization - it is “Trading”, and the world government should have broader powers.

What remains? And it remains ... the World Economic Forum!

Information:
The World Economic Forum (WEF) is a Swiss non-governmental organization best known for organizing annual meetings in Davos. Leading business leaders, political leaders, prominent thinkers and journalists are invited to meetings. The subject of discussion is the most acute global problems, including health and environmental protection.

At the first meetings, which were held under the auspices of the Commission of the European Communities (now the European Commission), issues of improving the position of Western Europe in the competitive struggle were mainly discussed. Over the years, the topics gradually expanded, political and economic issues affecting other regions, problems of improving the mechanism of world trade, and correct partnership were included in the agenda.

WEF is not only a forum for discussion, it initiates economic and political research.

From this short certificate it is clear that under the sheep skin of the economic (by name) forum there is a many-sided monster that opens its mouth to almost all main areas of state activity: politics, healthcare, trade, and even environmental protection (the latter, by the way, is an excellent pressure tool on unwanted countries, I tell you!)! In a word, a ready-made world government with its headquarters in Switzerland, which even Hitler once bypassed, while the Swiss Guards are not without reason guarding the secrets of the Vatican!

In the meantime, I will pay attention to another interesting fact - Russia joined this monster in 1986, i.e. within a year after coming to power ... yes, you guessed it - Mikhail Sergeyevich Gorbachev!

And since we started talking about Russia, then from it, as the successor of the USSR, and, apparently, an alternative to the WEF - the world government should proceed. And there is such an alternative! Since 2009, the international conference started its work in Yaroslavl, and from next year, as opposed to the Davos economic forum, the world political (!) Forum! The range of issues discussed is no less broad and even more globally specific than in Davos: global security, international law, etc.

Interestingly, the choice of Yaroslavl is not accidental, as well as the choice of Switzerland, - in stories Russia has a special role.

The Yaroslavl Forum gained strength gradually. At first, as I just mentioned, it was an international conference. In the next year, 2010, it was already a world political forum that left no doubt in Russia's global claims to create an alternative to a world government. And so, this year we were given a clear and bloody signal: the locomotive, which will be followed by the entire world, will be only one, and the Yaroslavl locomotive must suffer a catastrophe, without having managed to gain altitude! This is no less eloquent than the explosion of the Nevsky Express and the bomb found on the Moscow-Kiev railway during a warming of relations with Ukraine. This is more eloquent than the attacks on the station Lubyanka and Park Kultury. This is the twin brother of the terrorist attack in Domodedovo for the purpose pursued, because then we were trying not to let important statements be made at a competitor forum.

This is a triple repetition of the Yaroslavl theme, finally:

1. The crash occurred during the Yaroslavl Forum.

3. The plane crashed right under Yaroslavl.

What more proof is needed?

Ambitiousness and opposition to Davos made it clear to our “partners” about which country could prevent them from realizing their global plans by creating an alternative center of power. And they made it clear to us that they would not tolerate competition. As they did not want to endure a strong Russia in 1914, 1941.

But Russia has always won and became stronger after the most difficult trials. And I believe that we will stand and win this time too! ”