20 September 2011
2
It’s a fact that things in our country aren’t going as well as we, the citizens of Russia, would like. We ourselves are accustomed to curse the power, but we are not accustomed to the public control of this power. And even more so the feeling of almost hostility causes us when a foreign citizen begins to criticize the Russian political, economic or social system (Russia's response to the challenges of time). This brings the average Russian to white-hot, and he is ready to rush to the offender in order to protect the honor and dignity of his state. 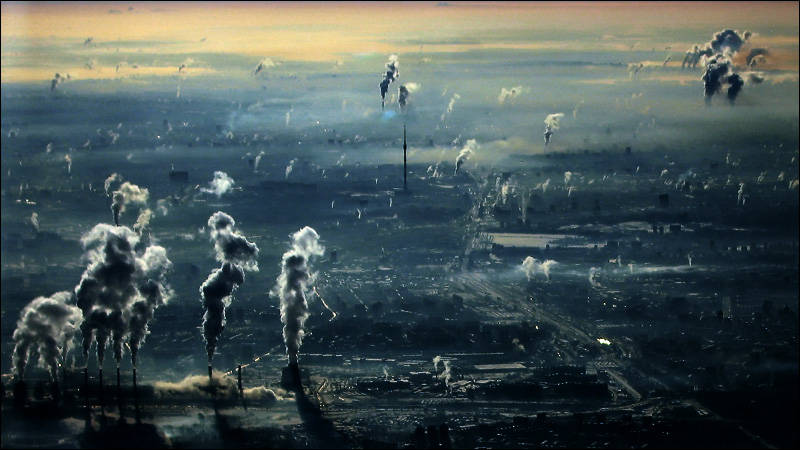 It happened the same way when a representative of one of the former Soviet Republics stated in one of the publications that Russia is still unable to cope with the existing challenges. The same person indicated that the fate of Russia is not even indifferent to him, since he has Russian roots. He calls the leadership’s inability to manage the country's large-scale resources for its development as the main misfortune of modern Russia.
In essence, this man is right. We are in a situation where the natural resources, human resources and modernization of all industries can bring the Russian Federation among the most developed countries in the world, and instead we live in 6-a dozen countries in terms of per capita income.

However, there were quite a few people who began to talk with foam on their lips that, they say, these cries from the West are nothing but an attempt to destabilize the situation in the country. These people began to talk in the vast expanse of the Internet that they live in our country too well for anyone to afford to speak out against her leadership unkindly. In this case, it should be noted that our people cannot get used to openly expressing discontent with their superiors. Now, somewhere in the kitchen, whispering about how badly we all live - this is possible, and as soon as someone comes up with the idea to make their claims publicly visible, our people seem to forget that just a couple of hours ago thought the same way. These are all the fruits of “sovereign democracy”, when a country is ruled by several main democrats, to whom the people can give full power. After all, by and large, our Russian people are such an inert education, the direction of movement of which, even a little change, turns out to be extremely difficult. As an analogy, let us give an example: a large wagon with grain, which is difficult to disperse, and even more difficult to stop. Once standing on a certain path, we will stubbornly move forward along it. Already, the asphalt seems to be ending on this way, and the main road to the side is gone, and we are methodically pressing on the gas with all our might. Yes, even at the sight of a person who is trying to indicate to our “driver” that you, friend, said you didn’t come to the wrong place, we can give that well-wisher and face. There is nothing, they say, to give us advice here - we ourselves with a mustache ...

In this case, our centuries-old Russian mentality is playing: even if the owner is not the best, let him often beat us and not give an extra piece, but we will not give him any offense to “abroad”. This tradition originated during the time of the tsar-father, was carried through in our hearts throughout the Soviet era in a particularly hypertrophied state and is gaining momentum today.

And we really have enough growth problems. Instead of developing alternative economic routes, only talking about refusing oil dependence continues. The fight against corruption is more like a witch hunt, when businessmen and officials fall into the hands of law enforcement agencies who do not wish to recognize the “United Russia” model of further development. Today, in order to achieve something in life, it turns out, you need to be not a decent and intelligent person, but a United Russia party or a sympathizer. For the second, they even decided to invent a new education, which they called the “Popular Front”. With whom "sympathizers" will fight on this front, it is not very clear yet. The fact is that if you have not received a party or “front-line” crust, then there can be no continuation of your career. And if you joined this most honest and incorruptible party, and you also decided to give advice on how to improve life in Russia, they will look at you askance. For critics of power, a definition was immediately found. If earlier such people were considered to be the enemies of the people or English spies, today, in fact, they are not far from this. It is necessary to express dissatisfaction with how you risk to be a man who was “bribed by the West”. All this, unfortunately, reminds of the worst manifestations of Soviet power: merciless censorship, radical centralization and suppression of ideas that do not fit into public opinion lowered from above. Like nothing else, these words illustrate the decision taken by the secret services to control so-called social networks. And we always have this: they will start with one control, then they will switch to another, then the prohibitions will begin and, in the end, it will turn out that it’s better not to open your mouth at all ...

In general, as a result, we can say that there are many challenges to Russia, but the main challenge is that we can’t create a truly effective barrier to corruption, bureaucracy and theft of state property. To cope with such challenges, we need not to whisper in the dark corners of urgent issues, and declare the problems openly. For the government, public control must be introduced so that it does not feel that it is overgrown with scales of inaccessibility.