Promised, promised and will promise 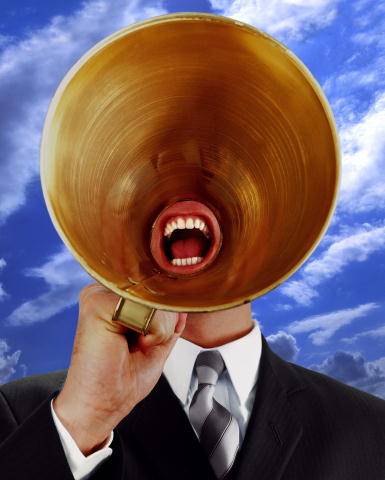 Sometimes the Russian authorities forget or pretend to forget about the continuation of the economic crisis. This “forgetfulness” is expressed in a priori impracticable promises. So, recently Prime Minister Putin unexpectedly for many declared that huge funds will be allocated from the state budget for the repair of “broken roads”. Moreover, the amount voiced by Vladimir Putin makes one shiver — more than a trillion dollars! The amounts of similar orders were called in terms of allocating funds for the modernization of the army, for equipping medical institutions, and educational reform. In general, all the sore spots of our state, according to the statements of the Head of Government, will be cured in 5-7 years so that the country will turn into a garden city, as the classic said.


It is, of course, good when there are such people in a Russian country who can promise, promise and promise again, but promises cannot be infinite. There are several reasons why Putin’s words, to put it mildly, do not correspond to modern economic realities. First of all, our economy is so hooked on the oil “needle” that, jump prices sharply down, as it’s not like having trillions on the roads, you’ll have to think about how much easier it would be to fall along with our financial system. Secondly, we still do not earn so well to live on such a wide leg. Thirdly, even if 20 percent from the promised will be allocated, most of the funds will settle in the pockets of intermediary officials, and pennies will reach the solution of real problems.

In addition, we have recently had a real legal sabotage. Laws at the top are taken alone, and at the regional level are the so-called "text interpreters", who turn them into others. These people are called to “translate” to the silly people, which is written in laws and decrees. Here, for example: from the high tribune in Moscow, it was said that, they say, from September 1, it is necessary to increase the salaries of school teachers by as much as 30%. The teachers had already started rubbing their hands, when suddenly they were told by the pedagogical councils that it was not their salary that was raised to 30%, but the so-called payroll fund. This means that the money will come to the school, and the management will be free to dispose of these funds at their discretion. And if one of the teachers allowed himself unflattering to speak out about the need to get rid of the system of extortion from students and parents, then, naturally, such a teacher would receive a fig with butter, and not an increase in salary. Nothing, they say, was an upstart. So, if you want to raise your wages, shout at every corner, “Ivan Ivanovich is a good director!” In general, the system is painfully similar to the feudal one when the czar-father allocated funds to the nobility for the development of farms, much - well, not slaves to distribute, in actual fact.

Of course, all these promises are clear. We are entering the next whirlpool of elections. Here you need to somehow coax people. Won-even the price of gas even decided not to raise. And immediately they explained to the people from the screens that if, they say, someone had time to think that this was on the threshold of the Duma campaign, then he was deeply mistaken. It is simply a gift from the authorities to the beloved people.

You can remember how many such promises were at one time and how many of them were fulfilled. Therefore, it is not worth taking the trillions voiced seriously. The main task for these people is to remain in power in order to continue the sluggish process of reforming and modernizing the economy and other spheres. And this process is more similar to how doctors transfer a patient from one ward to another - maybe a miracle will happen - and the iris will recover. But miracles, unfortunately, do not happen in our country ...

We are in Yandex Zen
About Stalin and Khrushchev
What you didn't want to know about England
22 comments
Information
Dear reader, to leave comments on the publication, you must to register.