The country is ruled by oil 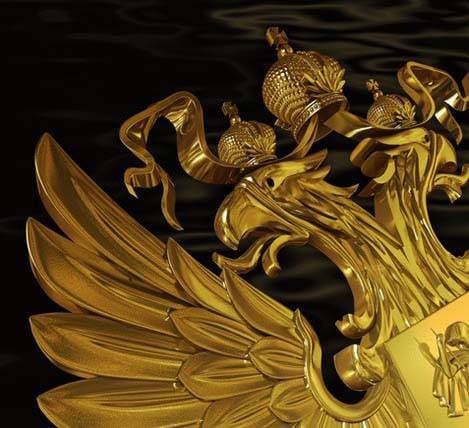 “Oil rules the world!” Under such a motto today is the development of the world economy. At the same time, some countries have an incentive to develop, while others do not, since oil dependence is so ingrained in them that it becomes sometimes impossible to break away from the notorious oil needle. Unfortunately, Russia is one of such countries.

For many years we have been living in a state that a cook can really manage, as a well-known person said. The whole question is that during the times of the cook rule, the price of "black gold" kept at a decent level. To confirm the stated thesis, you can refer to stories our country in recent years 35-40. Surprisingly, with all the inefficiency of the Brezhnev administration, the older generation recalls how "it lived well under Brezhnev." The fact is that the world oil price situation at the end of the seventies was such that the Soviet Union simply bathed in petrodollars. In such a situation, in place of an expensive Leonid Ilyich, you could put, in principle, anyone, and the situation in the USSR would not fundamentally change. At the same time, Gorbachev tried to arrange a well-known perestroika for everyone, and remember what kind of resentment this caused the majority of the inhabitants of our country. That is, the people are already so accustomed to the sluggish course of events, fueled by earnings from selling oil abroad, that any attempts at innovation were taken almost into hostility. Perhaps, Gorbachev would not associate for many of our compatriot with those who “ruined the USSR” if oil prices remained at the “Brezhnev” level. However, fate was not given such a gift to Mikhail Sergeyevich, and what happened in the end, we all know perfectly well. We can assume that the USSR stretched even longer than possible. And that is only due to the practically closed economy with the “unsent” ruble.

The Yeltsin era is also associated by the overwhelming majority of Russians with something negative. They say that another rascal replaced one and continued the collapse of the country. But this situation can be viewed from a different angle. Even if at the stage of 1991-1999, we were governed by a certain imaginary ideal politician, then if oil prices were lower than 15 dollars at a free ruble exchange rate, he practically could not do anything with our economy. For clarity, you can give the following example: a person all his life and only those engaged in, that collected mushrooms and sold them on the market. In the years when mushrooms were popular and the price for them was high, the person lived quite well: he built a house, bought a car, and gave birth to children with his wife. But now people have stopped buying his mushrooms. He even had to lower the price to a record low to get them interested again. There is nothing for a man to pay for housing, his wife is “sawing” and strives to go to another, the car in the garage is broken - he has no money and that's it! And the person no longer wants to start doing something else, but everyone hopes that the mushrooms will rise again in price.

Russia found itself in such a situation in the nineties, but instead of mushrooms we have oil. When the cost of a barrel fell to 11-13 dollars, it was, as they say, not to fat.

In the wake of rising oil prices at the head of state is Vladimir Putin. That's so lucky for him. With fairly high prices, salaries could be added, and pensions, after all, could be taken care of. And made the oil of Vladimir Vladimirovich a national hero. By the end of his reign (well, the fact that in 2008) oil soared to unprecedented peaks - above 110 dollars (a barrel, of course). Then Vladimir Putin could quietly “hand over” the keys to the presidential office to Dmitry Medvedev. By the way, in place of Medvedev at that time could be anyone. With such oil prices, almost everything could be allowed! And what is the diversification of the Russian economy, when money flows into the treasury of the river. How they are distributed in this treasury is another story.

Suddenly, this damned crisis makes the outlined stability, which, as the average Russian believes, it was Vladimir Putin who created that which was shaken and cracked. At the same time, the crack was such that, through it, it became clear how, to the heart of the Russian economy, oil already carries the wrong income that a year or two ago.

Of course, the people immediately responded and named the new president as the culprit of all the troubles in Russia. But we already know that our presidents have nothing to do with it. They continue to collect and sell the very mushrooms given in the example and are not going to depart from their occupation. However, oil prices dictate their own rules.

These rules lie in the fact that countries that are not going to develop alternative economic resources are at risk of falling into a situation in which Russia has repeatedly appeared. If the policy is based only on extracting profits from the sale of oil, supporting the oil giants and suppressing small and medium-sized businesses, then this is obviously a deadlock.

Today we are holding our breath again and looking at oil quotes and often rejoice when the price of oil rushes up. This is almost a genetic memory, which says that it is better to let the price of "black gold" go up than a new coup, a coup, a revolution or something else in this spirit.

The question is this: when will a person appear in the leadership of Russia who proposes a parallel path of development with a gradual abandonment of oil dependence? Clearly, such a transition for the country will be very difficult. In addition, this person will be called the destroyer of the nation, but he, as a dentist, who treats a bad tooth. And our economy today is a real carious tooth, holes in which you need to fill up with effective seals of new solutions.

After such treatment, the economy can turn into the most powerful potential of Russia. But who will take on such responsibility - to stand against the oil gates? The question is rather rhetorical.