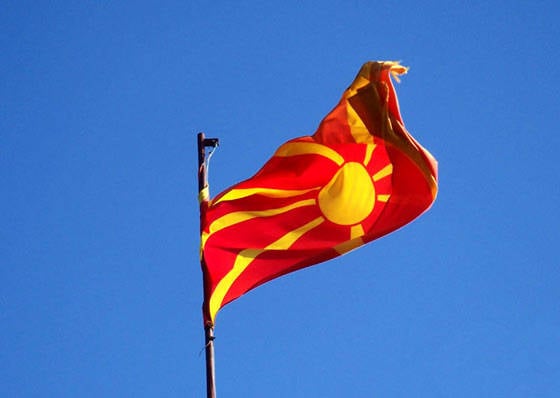 The Republic of Macedonia is 20 years old. All this time, Macedonia has to prove its right to exist. Extremism and separatism of Albanians, controversial issues with Bulgaria and Greece pose a threat to the future of this Slavic state.


Summing up the 20 anniversary of independence, it can be noted that the country has its own achievements and problems that could lead to the death of the state. So, Skopje managed to achieve independence without civil war, without casualties among the population. 8 September 1991, a declaration of sovereignty was adopted and a referendum was held on the independence of Macedonia, then, within half a year, units of the Yugoslav People’s Army left the republic. The Republic of Macedonia was able to avoid fate in the bloody war that had been fought on the Balkan Peninsula for many years.

Macedonian politicians are optimistic about the future, as, according to the Ambassador of Macedonia in Russia, Ilia Isailovski, they have achieved great success in the field of the protection of the rights of national minorities. Many European countries consider the Macedonian example of resolving national contradictions optimal. “We are definitely not afraid of the Kosovo scenario. Our Albanians consider Macedonia to be their country, ”emphasizes Isaylovski.

The main foreign policy priority of the current political elite of Macedonia is to join the European Union and NATO. Macedonia is a candidate for joining both organizations. There are two reports of the European Commission, which give a positive opinion on the full membership of the Republic of Macedonia (RM) in the EU. To enter the North Atlantic Alliance, Macedonia fulfilled all the conditions set and carried out all the necessary reforms. “Full membership in the North Atlantic Alliance is a matter of time,” the ambassador said.

“But Macedonia is facing a serious obstacle to the European Union and NATO.” Greece fears possible future territorial claims on its region of Macedonia (in Greece there are three administrative districts with this name - East Macedonia and Thrace, Central Macedonia and Western Macedonia), in addition, Athens believes that they are historical heirs of Ancient Macedonia. Greece does not require the state to be called the Republic of Macedonia, but the Republic of Skopje or the Former Yugoslav Republic of Macedonia. On this issue, the Hague International Court of Justice is currently undergoing proceedings. Because of this issue, Athens is blocking the entry of neighbors into the European Union and NATO. As a result, Moldova celebrated its 20th anniversary of independence in a somewhat suspended state. Now the UN International Court is considering a lawsuit against Skopje Greece.

- Albanian problem. It includes a whole heap of sick subjects - extremism, separatism, drug trafficking, and so on. Albanians for the Balkan Peninsula, and already for the whole of Europe, are a real problem. At the word “Albanian”, several negative associations arise at once: the idea of ​​“Greater Albania”, drug trafficking from Afghanistan and South America, illegal sale weapons, human trafficking, “black” transplantology, the problem of Kosovo, etc. Albanian separatism, and Albanians in the Republic of Moldova already more than a quarter of the population, threatens the existence of the country.

Albanians in 1991 year demanded territorial autonomy and the status of a second state language for the Albanian language. In 1999, the Macedonian Albanians received "reinforcements" in the form of tens of thousands of Albanian refugees from Kosovo. In February-August 2001, there was an armed conflict between the Macedonian police and the army with the Albanian National Liberation Army (ELN). Only after the intervention of the European Union and the North Atlantic Alliance, the outbreak of the war managed to be extinguished. And the NATO troops, which appeared in the Republic of Moldova as early as 1999, remained there. The authorities of Macedonia, under pressure from the US and the EU, made concessions to the Albanians. They became part of the government of the country, received the Albanian national television channel, their language in a number of regions of the country received official status.

But the problem has not gone away. Albanians want the federalization of the country, full equality of languages, there are frequent clashes on a national basis. That is, a new conflict can occur at any time.

- The economic problem - the Republic of Moldova is one of the poorest countries in Europe. The republic is landlocked, so it’s not necessary to count on large incomes from tourism. There is no developed industry in the country, agriculture is uncompetitive by the EU standards, the Republic of Moldova imports some food. The war in Kosovo and the flow of Albanian refugees dealt another blow to the economy after the privatization of the 90s. The current world crisis also did not ignore Macedonia - industrial production fell, foreign debt increased.

We are in Yandex Zen
Armored vehicles of Yugoslavia. Part of 6. Wars in the ruins. Bosnia and Herzegovina. Kosovo. Macedonia
Situational analysis of the death of the MH17 flight (Malaysian Boeing 777), made on the basis of engineering analysis from 15.08.2014
6 comments
Information
Dear reader, to leave comments on the publication, you must to register.