Gaddafi weapons went around the world? 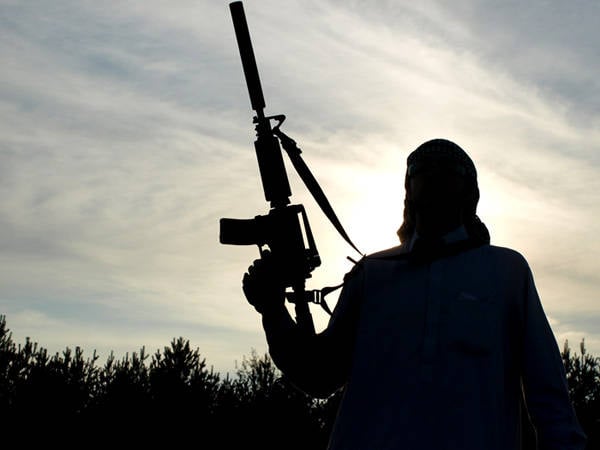 
The scandal that erupted around the sale of arms by Moldova is becoming international. Yesterday, the Latvian Foreign Ministry denied the assertions of the Moldovan Ministry of Defense on the conclusion armory deals with one of the companies registered in Riga. Moldovan MPs demanded a government report on who sold what, for what money. Chisinau media suggest that the deal could have been concluded with Libya, from where a transport plane flew for goods to Chisinau.

However, some experts in the Moldovan capital believe that the plane in Moldova could not be loaded, but unloaded or reloaded. Who has seen - he knows. The general public only knows that the plane from Benghazi arrived in Chisinau on the night from Monday to Tuesday and flew off to Latvia on the same day. Representatives of the Moldovan Ministry of Defense insisted on this version, claiming that the ministry had concluded a deal with one of the companies registered in Riga. Experts suggested that Moldova sold missiles. According to some reports, the “Igla” MANPADS. To whom the cargo was ultimately intended, the Moldovan military does not want to speak, referring to commercial secrets. Local journalists do not exclude that the addressee is in Libya. Meanwhile, the Ministry of Foreign Affairs of Latvia denied the information on the purchase by the Latvian company of the “Party of arms and property for Libya” from the National Army of Moldova.

Not a single Latvian company has requested or received a license to export strategic goods to Libya. Latvia fully complies with UN resolutions and sanctions imposed on Libya, therefore it was impossible to obtain such a license. A spokesman for the Ministry of Foreign Affairs of Latvia, Janis Silis, told BNS this when commenting on media reports that a certain Latvian company had bought ammunition from Moldova, possibly for Libya. In Latvia, the control over the turnover of strategic goods is exercised by the Committee for the Control of Strategic Goods. At the same time, the Latvian Foreign Ministry is verifying information on the export of weapons to Libya with the participation of a Latvian enterprise. “If the sounded information is confirmed, the competent authorities will act in accordance with the existing legal norms,” concluded Silis.
Latvian radio reported that it had asked the representative of the Ministry of Defense of Moldova for clarification. He said the following: “I can say one thing: weapons will not be used for the purpose of attack, but for training. Ammunition at 100% is not sent to Libya, since the EU or NATO have banned the sale of arms to Libya. The cargo will be delivered to another country, which cannot be called. ”

History The Moldovan parliament became interested, especially as the plane for armaments flew twice. The official representative of the Ministry of Defense, Alexander Zhosan, told OMEGA that "in accordance with the agreement, the Ministry of Defense sold a batch of cargo in the amount of 60 tons to a Latvian company, but it was taken out in two flights."

“The plane arrived from a zone of very high instability, where bloodshed is taking place. Arrives from there, loaded with weapons - we don’t know what origin, what purpose - and flies to an unknown direction, ”MP Arthur Reshetnikov told the OMEGA motivating request, stressing that Moldova has international obligations related to the arms trade. “We have clear international obligations: not to sell weapons to the zones where the embargo is in force, to the zones where the war is going on, where civilians are dying. On the other hand, I do not think that landing / take-off took place without the consent of the government, ”said Reshetnikov, stressing that it was for these reasons that a number of questions were formulated to the representatives of the current government. In addition, according to the deputy, a lot of questions arise concerning the origin of the weapons sold, given the fact that in Moldova there is a “zone of instability with the separatist regime”.

Moldovan Prime Minister Vladimir Filat said yesterday at a press conference in Chisinau that he learned "about this plane from the press." He said that he had held a meeting with the leadership of the competent authorities, at which this topic was discussed, but refused to provide information about the cargo and destination. “There are certain aspects related to the secret part of the deal. When everything clears up, the relevant information will be made public, ”said Vladimir Filat, adding that in this case questions should be addressed to Economy Minister Valery Lazar, since“ he is the chairman of the commission that sells state assets ”.

We are in Yandex Zen
"Dead Hand" by Colonel Gaddafi (photo)
1 comment
Information
Dear reader, to leave comments on the publication, you must to register.