February 11 2015
25
8 February The Russian press was flooded with reports of a powerful strategic move by the Cypriot government. With references to the Chinese agency Xinhua, which in turn referred to Cypriot newspapers, it was reported that President Nikos Anastasiadis was ready to place on the island’s territory Russian aviation and naval bases. Experts rushed to write articles about the new stage of the Cold War between the West and Russia and the fraternal friendship with Cyprus, with the help of which European friends will be defeated. On February 9, it became clear that Cyprus was going to provide Russia with only additional opportunities to use the Andreas Papandreou air base in Paphos. Experts from the network are gone. 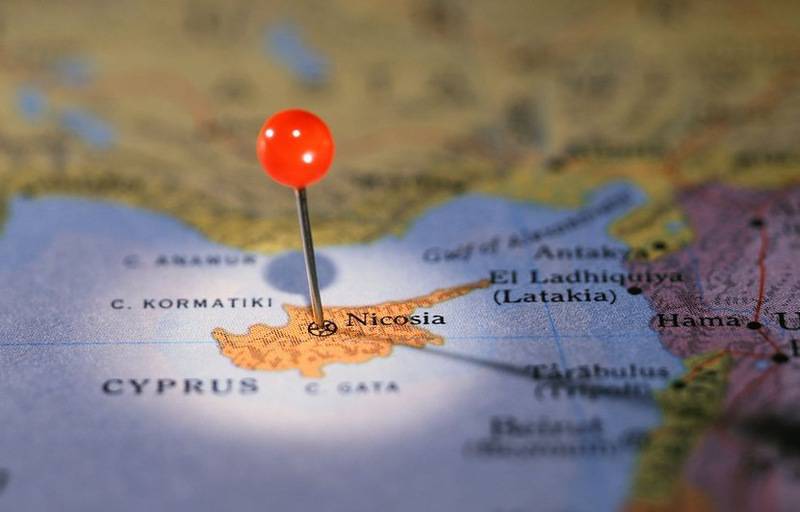 February 8 Online "Tapes.ru" A note appeared under the heading "Cyprus will offer Russia to place military bases on the island."

The article referring to Xinhua states that Nikos Anastasiadis declared his readiness to deploy Russian aviation and naval bases on his territory. The agreement on military cooperation should be signed 25 February, during the visit of the head of Cyprus to Moscow. The statement of the Cypriot President is cited: “There is an old (defense) agreement that should be renewed as it is. At the same time, some additional services will be provided - just like we do with other countries, for example, with France and Germany. ”

Lenta writes that the Russian Air Force will presumably use the Andreas Papandreu airbase, combined with the Pafos International Airport (50 km from the British Royal Air Force Akrotiri airbase). Well, and the Russian Navy will be able to constantly use the base "Limassol".

February 9 on the same "Tape" another message appeared: "The President of Cyprus explained the expansion of military cooperation with Russia."

Lenta writes that Nikos Anastasiadis spoke in an interview with TASS about negotiations with Russia on new opportunities for the use of the Russian Federation’s airports and seaports of the island state.

“We are conducting a dialogue on additional opportunities with the Russian Federation, which can be provided in the event of a humanitarian operation or emergency situations,” said the head of state. In these circumstances, Russian military aircraft and ships could use the ports of Cyprus. Thus, it is about updating the existing agreement between the countries.

"Tape" also refers to the message RIA "News”From 9 February, in which, referring to a diplomatic source, it was stated that the agreement on defense cooperation between Russia and Cyprus does not provide for the creation of a Russian military base on the island.

“The Government of Cyprus has denied reports in the Russian press that the president of the country allegedly intends to lease Russia two military bases on the island.

“The issue of Russian air or naval bases in Cyprus is not and never was,” said Cyprus Foreign Minister Ioannis Kasoulides.

On Sunday, the Russian state news agency RIA “Novosti” reported that Cyprus President Nikos Anastasiadis would offer Moscow to open its bases in Cyprus during his visit to Russia on February 25. The report referred to the words of the president, allegedly said in an interview with an unnamed Cypriot newspaper, which, according to RIA Novosti, was reported by the Chinese Xinhua news agency.

Then this message was spread by many Russian media, including the government-owned Rossiyskaya Gazeta, sometimes without any references. ”

Further, the BBC quotes the words of the head of the Cyprus Foreign Ministry, Ioannis Kasoulides. He denied reports of rental bases, noting also that “Russia has never made such requests” (this was written by the Cypriot agency CNA).

BBC notes that the very idea of ​​Russia renting military bases in Cyprus would cause serious disagreements, since Cyprus should take part in the sanctions imposed by the EU on Russia. Close military cooperation with Russia would worsen Cyprus’s relations with Great Britain: after all, two British military bases are stationed on the island.

Journalist Andrei Yashlavsky ("Moscow Komsomol") in the fall of 2013 participated in a meeting of Russian journalists in Nicosia with the Foreign Minister of Cyprus Ioannis Kasoulides. The Foreign Minister answered the question about the possible interest of the Russian Federation in the bases in Cyprus: “Russia neither then nor now requested any military base in Cyprus. We are striving to update our agreements on military cooperation and now we are negotiating on the form in which we can provide certain benefits to the Russian the fleetwhich is now in the Mediterranean. ”

As for the position of the current President of Cyprus, he, before his victory in the elections, the correspondent notes, was known for speaking out in favor of Cyprus joining NATO.

To this must be added something else.

In a recent interview with Cyprus Weekly, President Anastasiadis said that Cyprus opposes additional anti-Russian sanctions. “We want to avoid further deterioration of relations between Russia and Europe,” he quotes RBC.

Thus, the deployment on the island of Russian aviation and naval bases (more precisely, the lease of the existing Cyprus bases) is not in question. However, the visit of the head of Cyprus to Moscow 25 February will take place. One of its goals will be to update the agreement between Cyprus and Russia: to approve additional opportunities that the Russian Federation may receive in Cyprus when carrying out humanitarian operations or in emergency situations.

Observed and commented on Oleg Chuvakin
- especially for topwar.ru
Ctrl Enter
Noticed a mistake Highlight text and press. Ctrl + Enter
We are
The fall of the Syrian airbase Abu ad-Duhor. The longest siege of the civil war is overResults of the week. "In the Greek Hall, in the Greek Hall ... the mouse is white!"
25 comments
Information
Dear reader, to leave comments on the publication, you must to register.