The military departments of Russia and Germany demonstrate great potential for cooperation. 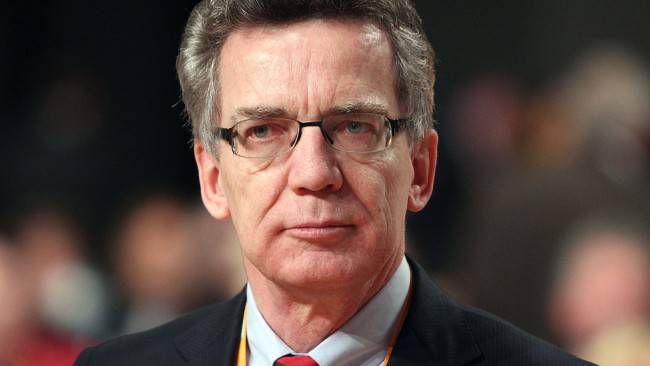 On Thursday, 15 September, the German military delegation led by the Minister of Defense of the Federal Republic of Germany, Thomas de Mezieres, during a one-day working visit to Moscow, held talks with Russian Defense Minister Anatoly Serdyukov.


The heads of the military ministries of the two countries reviewed the development of military cooperation between Russia and Germany, discussed topical European security issues - US plans to deploy missile defense elements in Europe.

The talks held with the German Defense Minister showed a great potential for Russian-German interaction. The Russian side has shown interest in the German experience in reforming the national armed forces, solving social and medical issues for military personnel, and the military education system.

The Russian Defense Ministry intends to learn from Germany’s experience in creating a military police force. Positive solutions were achieved in all these areas.


Russian Defense Minister Anatoly Serdyukov told reporters that negotiations showed good prospects for expanding military-technical cooperation. Russia is interested in certain military products of Germany. According to him: "We are interested in some types of military products offered by German enterprises. Instructions have been given to work experts in this direction."

In turn, the Minister of Defense of Germany, Thomas de Mezieres, noted that Germany is interested in building in Russia a center for combat training of the Ground Forces, which already exists in Germany. Recall that in June of this year, Serdyukov and the Chief of the General Staff of the Armed Forces of the Russian Federation, Army General Nikolai Makarov, have already visited the Federal Republic of Germany.

At that time, the Minister of Defense of the Russian Federation and the chairman of the board of directors of Rheinmetall AG, Klaus Eberhardt, signed an agreement on the construction of the Center for Combat Training of Ground Forces of the Armed Forces of the Russian Federation in Mulino (Nizhny Novgorod Region). According to Serdyukov, this Center will begin to operate in the middle of 2014, and "will be the most powerful and most modern."


The negotiations also raised the issue of deploying a NATO missile defense system in Europe. The Russian minister shared Russia's concerns about this. Meanwhile, the German Defense Minister noted that "we do not share, but we understand Russia's concern in this context. We expect that before the NATO summit in Chicago (May 2012), Russia and the United States will come to an agreement on this issue," he.

Summing up, the German Defense Minister expressed his satisfaction with the level of Russian-German cooperation. “I am very pleased with the intensity of our relations with the Russian side,” he stressed.

"Annual cooperation programs for 2011 and 2012 years have already been drawn up, including the continuation of negotiations in the format of negotiations," added the German Defense Minister. In the 2011 year, the bilateral activity plan included about 30 events. The same scale of interaction is planned to be maintained next year.

We are in Yandex Zen
The action “Military service under the contract is your choice!” In Rostov-on-Don: future contract servicemen, exhibitions and “Russian Knights”
17 comments
Information
Dear reader, to leave comments on the publication, you must to register.