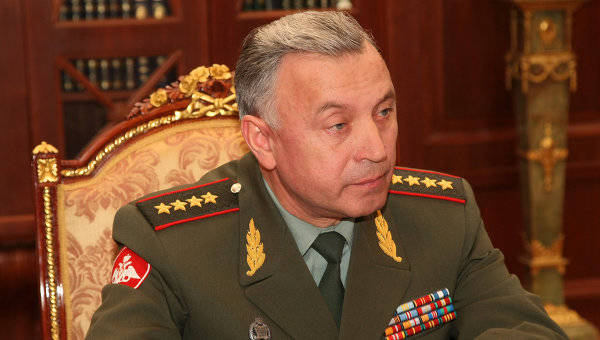 The chief of the General Staff, General Nikolai Makarov, a few days ago greatly surprised the most respectable Russian public. He made a number of strange statements. Some experts interpreted his words as malicious sabotage.


Speaking to the press, N. Makarov said that the T-90MS tank, presented at an exhibition in Nizhny Tagil, "has a lot of shortcomings." So far, only his tower has been qualitatively executed, which arouses serious respect among the general. Apparently, the one below is not interested in the military leader. This attitude to the latest Russian tank, on which they worked at the Uralvagonzavod for several years, caused a flurry of criticism. Moreover, this particular machine was introduced to V. Putin and was praised.

As experts say, this tank is intended only for export. The Ministry of Defense (MO) to its creation has nothing to do. Now it turns out that with his chatter a high-ranking general simply spoiled the reputation of our manufacturers in the overseas market. The damage from such ill-considered statements is difficult to calculate, but it is possible that it will amount to billions of dollars.

Sources of "AN" in the Defense Ministry claim that the general simply did not understand or did not want to understand. He allegedly meant the T-90MA tank, which is proposed for our army. However, the Ministry of Defense acknowledges that it was possible to keep silent. Moreover, the Chief of the General Staff himself recently “conducted a conversation” on the topic of rash and emotional public statements with the Chief of the Ground Forces General Postnikov. The conversation was just about the tanks.

We are in Yandex Zen
T-90MS - “new wine in an old bottle”?
34 comments
Information
Dear reader, to leave comments on the publication, you must to register.