In the slogan '' Russians, go ahead! '' Did not find nationalism 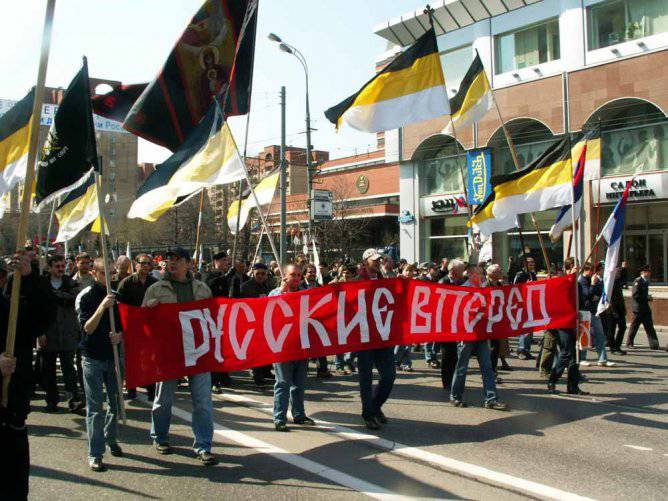 As a result of unrest on Manezh Square, 32 people suffered

Examination at the trial on the case of riots on Manezhnaya Square established that the slogan "Russians, go ahead!" is not nationalistic and is not related to the excitement of ethnic hatred.

Linguistic experts came to the conclusion that this statement does not carry propaganda of racial exclusivity and is not directed against other ethnic groups, but during the unrest it can be considered provocative.

Examination, as reported by Interfax, was conducted in relation to the statements of one of those accused of organizing the riots - Ruslan Khubaev. The experts also noted that Khubaev could shout out these words simply by yielding to the general mood of the crowd.

Ruslan Khubaev - one of the five accused in this case. He, like Kirill Unchuk, as well as a Belarusian citizen, Igor Berezuk, is considered activists of the Other Russia public association.

Bereziuk is accused of calling for riots, hooliganism, incitement of hatred or hostility, as well as the use of violence against a representative of the authorities and the involvement of a minor in the commission of a crime.

The rest are charged with calling for riots, hooliganism and the use of violence against a representative of the authorities.
Provocation without nationalism

According to experts, the slogan "Russians, forward!", Not being nationalistic in essence, "in the conditions established by the communicative situation, contains signs of calls for active actions against law enforcement officers, from a psychological point of view, is provocative."

On the other hand, as the experts considered, the same circumstances could have encouraged people to shout out such words simply by succumbing to the general mood of the crowd, and not of their own will.

In the conclusion of the experts, the phrase "I am a Russian person" was also mentioned. Its experts found it fully neutral because it can in no way affect the other person.

At court on Thursday, the data of a forensic medical examination were also announced, according to which most of the riot police officers who are involved in this case as victims, injuries cannot be regarded as serious bodily injury.

According to the experts, one of the riot policemen had a head injury, but the defense said that he had asked for help a week after the riots at the Manege.

As previously reported, Alexander Kozevin and Igor Bereziuk admitted that they used force against the police.
Kirill Unchuk and Ruslan Khubaev refused to plead guilty.

On September 7, one of the victims, riot police officer Vitaly Afanasyev, said at the trial that he did not know the defendants and that he was not physically hurt during the riots, although the events at Manezhnaya Square caused him moral damage.
Political affair

Earlier, the leader of the Other Russia movement, Eduard Limonov, rejected the accusations against his colleagues.

According to the opposition politician, the authorities are trying to use the results of the process in order to ban the "Other Russia" and try to intimidate its activists.

On Thursday, the prosecutor during the trial read out the records of searches of the apartments where the defendants lived. The protocols contained a list of the seized literature: the charter of the Other Russia and posters with political slogans.

After that, the defense appealed to the court, insisting that the case was of a political nature.
Riots at the Manege

The action was organized in memory of the fan of “Spartak” Egor Sviridov, who was killed during a fight with people from the North Caucasus 6 December 2010 of the year.

During the demonstration and after it ended, the participants beat people with non-Slavic appearance.

Then football fans, who left Manezh Square, staged a pogrom at the Okhotny Ryad metro station. Skirmishes with riot police.
As a result of the riots on Manezhnaya Square, 32 people suffered.

We are in Yandex Zen
Reports from Strelkov Igor Ivanovich 29-30 July 2014 of the year
3 comments
Information
Dear reader, to leave comments on the publication, you must to register.