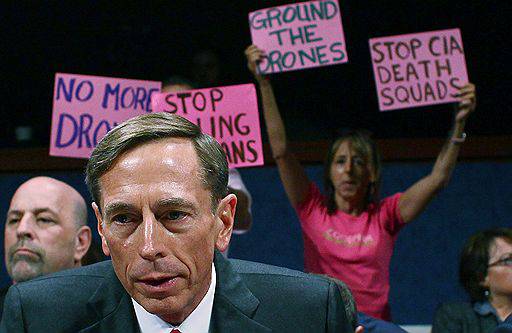 The United States failed to neutralize the activities of the Al Qaeda terrorist group. This was admitted at the closed hearings of the intelligence committees of Congress and the United States Senate CIA head David Petraeus. According to him, Al-Qaida and related organizations are active in Afghanistan, Pakistan, Yemen, Somalia, Nigeria and several countries in Southeast Asia. Moreover, among the terrorists, there are more and more holders of European and American passports, allowing them to easily cross the borders of the United States and the Schengen zone.

The speech of David Petraeus in closed congressional hearings was the first report to the legislators of the new CIA head. According to the general, over the past ten years, the United States has failed to achieve notable success in the fight against international extremist groups. CIA analysts say that in recent years, Islamic terrorist groups have been actively recruiting new members, and in al-Qaeda training camps there are more and more people who have grown up in the West. “They not only use real passports of the United States and European countries, but also perfectly orientate themselves on the territory of these states,” warned David Petraeus.

According to CIA estimates, the Al-Qaeda organization of the Arabian Peninsula, which is based in Yemen and has a significant influence there, poses the greatest danger. True, as the lawmakers told the general, in the near future, the "terrorist center" may move to the southern provinces of Somalia, where the Al-Shabab group operates. “There are well-established connections between these groups, but at the same time, each of them has its own management structures, sources of funding and basically operates independently,” the head of the CIA explained.

Nevertheless, according to the general, the secret services managed to “almost completely remove from the game” the group of “Jemaa Islamia”, which operated in Southeast Asia and in 2002 and 2005 organized a series of terrorist attacks on the island of Bali. Almost all the leaders of this organization over the years have been destroyed, so that "now they are no longer busy preparing new shares, but restoring their ranks."

The general is confident that the successful operation of the American special forces in Abbottabad, which killed the number one terrorist Osama bin Laden, as well as the destruction of his two deputies and the recent arrest in Pakistan of the leader of one of the units of the group Yunis al-Mauritani seriously undermined the position of the most famous terrorist organization in the world. "They no longer feel safe in the mountainous areas on the border with Afghanistan," said Mr. Petraeus. However, according to the CIA, al-Qaida continues to pose a threat to US national security.

The director of national intelligence, James Clapper, assured the congressmen that he would do everything to ensure that the planned reduction in the budget of the intelligence services did not affect the effectiveness of their actions. “I don’t want you to get the wrong impression that after spending cuts we will keep all the previous possibilities,” he said. “We’ll have to abandon some programs, but I must say that the intelligence officer’s job also includes the ability to correctly prioritize. "

On September 10, the House of Representatives approved a bill to finance the activities of the US special services 16, united in the national intelligence service. By tradition, the exact amount of expenses, as well as the amount of the proposed reductions, are not disclosed. Nevertheless, last fall, US intelligence agencies declassified their 2010 funding data for the year. Then more than $ 80 billion were allocated for their activities.

We are in Yandex Zen
US expert community is trying to identify ways out of the Afghan impasse
The danger of failure in Afghanistan and Iraq ("Der Spiegel", Germany)
8 comments
Information
Dear reader, to leave comments on the publication, you must to register.