CVO: more than 50 crews have completed refueling in the air during the day and at night 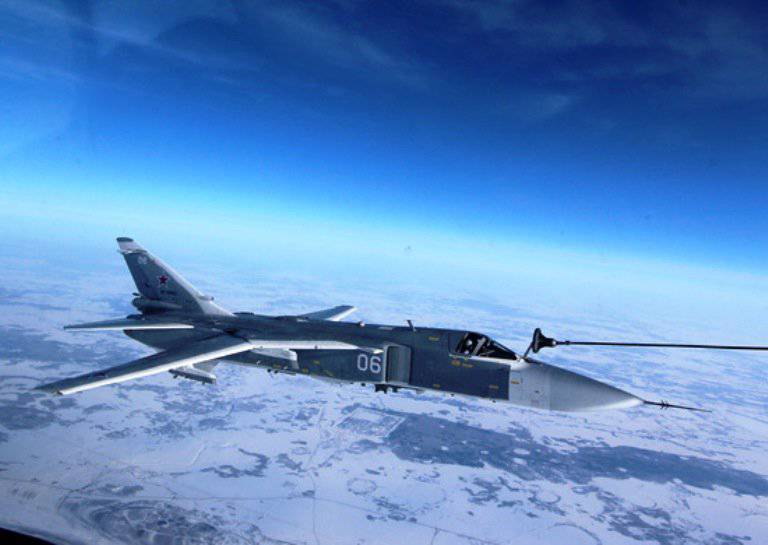 “Combat aircraft at a speed of 550-600 km / h approached the Il-78 air tankers at a distance of 10 m and poured fuel. At night, when twilight complicated the task, the pilots went to the area to meet with the tanker on the instruments, and the docking with the cone-sensor illuminated the headlights from the refueling aircraft, ”the release says.

Refueling was carried out at an altitude of about 5 thousand meters. IL-78 tankers fueled simultaneously on the 2 of the aircraft, pouring over 1 mines. order 4-x tons of fuel.

The press service clarified that “pilots of the Shagol air bases (Chelyabinsk region), Sokol (Perm region) and Kansk (Krasnoyarsk region) were involved in the flights.

The report also notes that "the crews were in the air for 5 hours, carrying out the tasks of patrolling the area, covering the designated objects and escorting the tanker."

Ctrl Enter
Noticed oshЫbku Highlight text and press. Ctrl + Enter
We are
MiG-31BM interceptors set a new recordThe action “Military service under the contract is your choice!” In Rostov-on-Don: future contract servicemen, exhibitions and “Russian Knights”
45 comments
Information
Dear reader, to leave comments on the publication, you must to register.