The future of fighter aircraft for heavy vehicles

15 September 2011
8
In the coming years, the Russian Air Force can be replenished with a completely new combat aircraft developed by the Sukhoi Design Bureau - T-50, whose tests are coming to an end. 17 August 2011, this promising aircraft was first introduced to the public during the 10-th MAKS-2011 aerospace show. However, experts argue that even the creation of the T-50 can not remove all the issues with the arming of the Russian Air Force with new modern fighters.


The creation of the aircraft, which today became known as the T-50, was launched in the late 90-s of the last century. The R & D on the topic of a promising fighter that had been conducted in the USSR since the early eighties, from the very time that the 4 generation machine was launched into mass production, was a huge plus in the work. In 1990-s, after the collapse of the USSR, these R & D could be realized in two experimental developments: the S.37 “Berkut” by the Sukhoi Design Bureau and the MiG-1.44 by the Mikoyan Design Bureau. Their potential, various experts estimate differently, however, one thing remains unquestionable: ground tests, purges and flights of these two machines, equipped with all sorts of test equipment, provided a huge array of information. This whole period can be quite compared, for example, with test and flight tests of prototype YF-22 aircraft in the United States, which were the first step before creating an experienced F-22A and, as a result, launching into a series.

From the outset, the T-50 was developed as a heavy machine. The maximum take-off weight at the beginning of the project was determined in more than 30 tons and today, according to preliminary information, is almost 37 tons. The range exceeds 2,5 thousands of kilometers, the useful combat load can reach 10 tons - with similar characteristics of a T-50 combat aircraft, the Russian Air Force can replace the heavy MiG-31 and Su-27 interceptors.

The development of such an aircraft was obviously justified. Heavy fighters today are the basis of the Air Force of developed countries, and the manufacture of cars of this class from scratch occurs only in three countries with really powerful Air Force, which has thousands of units, and powerful military-industrial complex. These are the United States, Russia and China, the latter having completely copied the Russian Su-27. Other countries around the world either cost a licensed assembly, like Japan and India, or simply buy these cars. 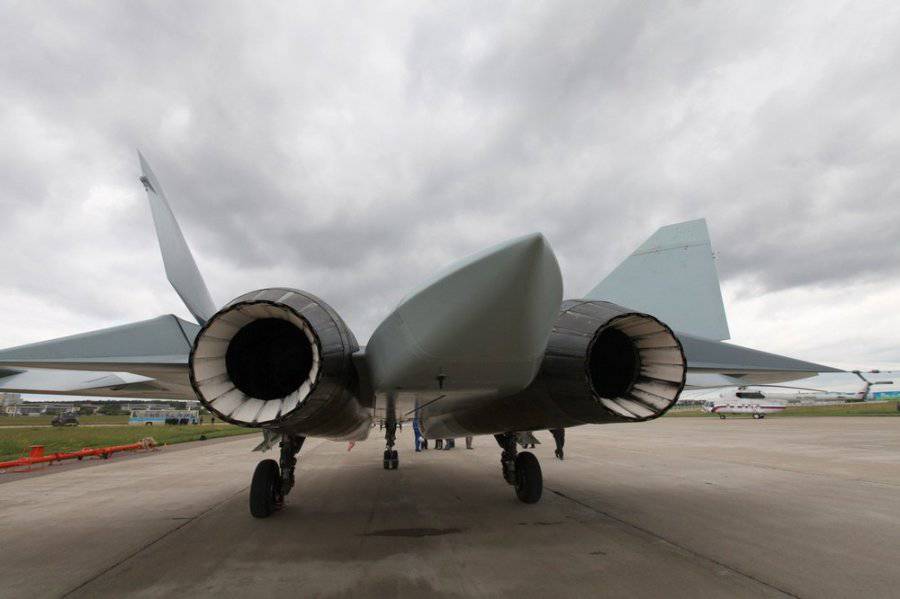 The first production aircraft of the 5 generation F-22 belongs to the heavy fighters, and with this in mind, it was hardly possible to start work in Russia with the creation of a lightweight vehicle. Plus, by the beginning of 2000-s, Mikoyan’s firm with the greatest experience in developing light front-line machines was in objectively worse condition than Sukhoi’s cooperation, meaning the design bureau and all the productions involved in serial production based on Su-27.

As a result, today the situation has developed as follows: our country has objectively two cars that are in serial production, and one promising one, which can replace the Su-27. These are the Komsomol Su-35С, the Irkutsk Su-30М2 and, of course, the T-50 being discussed. The signed contract for the supply of Su-35 fighters with the prospect of increasing the order in the future, the planned contract for the promising Su-30 and work on the improvement of the Su-27 should significantly strengthen the condition of the domestic heavy fighter fleet before the launch of the T-50 series. 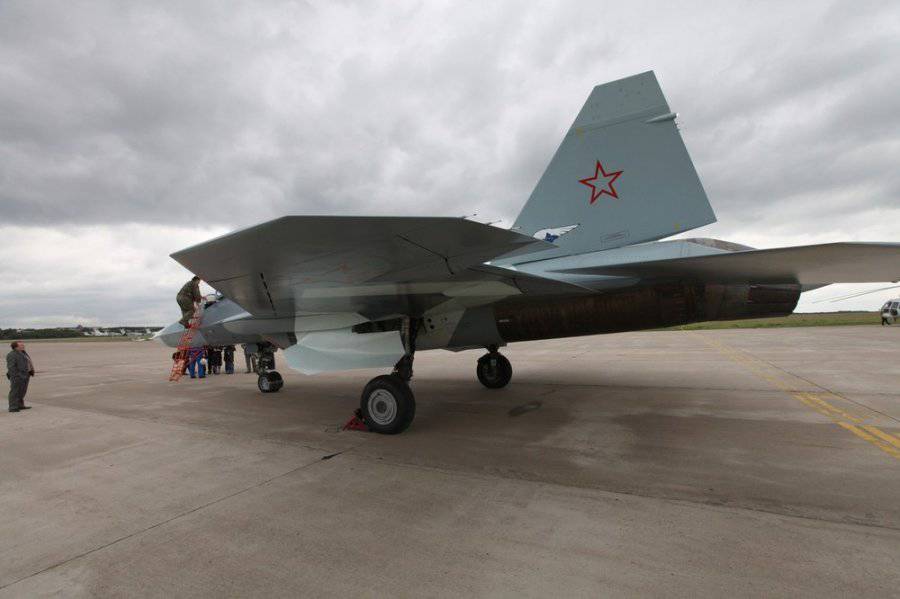 T-50 tests are carried out according to the schedule, and the term of their full completion can be predicted with a sufficient degree of confidence: today two units fly, by the end of 2011 two more will join them. In 2013, the production of pre-production fighters will begin. 8-10 units to be transferred to the Air Force in 2013-2014. The first combat-ready squadron can be expected by 2018, and the T-50 heavy fighter will become a full-fledged combat aircraft. However, even with the adoption of the T-50, the problem of providing the Russian Air Force with a fighter aviation will not dare.

This question is sharply aggravated if you turn your eyes to the West. With enormous difficulties, overcoming a host of organizational and engineering problems, investing billions of dollars, the Americans are stubbornly pushing the F-35 fighter into the series, which is a fifth-generation light machine and should be replicated in almost 3000 instances in a huge number of countries around the world States and their allies F-16 fighters, created in 70-ies, and a number of other machines, including carrier-based fighter aircraft Navy F / A-18 earlier versions (A / C).

In such conditions, Russia is suddenly left without a car, which could well have been opposed as a competitor to the F-35. There can be only one way out of this situation - the development of a modern 5 generation light machine with the active application of the results achieved while working on the creation of the T-50. In the coming years, the Russian Air Force should receive a worthy successor to the MiG-29, and it is extremely easy to formulate the basic technical requirements for this aircraft. This aircraft in serial production cannot cost more than half of the price of the T-50, it must also be combined with the T-50 in the power unit, have all the characteristic capabilities of 5-generation machines - cruising supersonic, low visibility, super maneuverability, maximum integration into the overall data exchange system and much more.
Ctrl Enter