Russia offered to enter the "new community from Vancouver to Vladivostok" 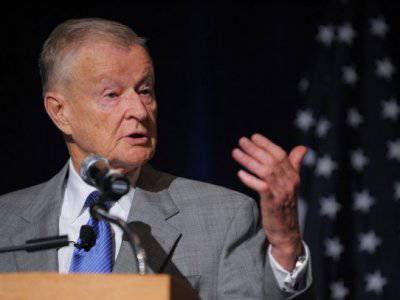 The United States is facing the threat of total destruction, therefore, they are actively seeking opportunities for their survival. And since it is customary for the American elite to exist at the expense of the outside world, its representatives want to save themselves by “modernizing” Russia. The idea is in the air to repeat the colonization of “wild expanses” - the Russian North, the Far East and Siberia. To attract to itself the huge "empty" spaces, rich in natural resources, across the Pacific Ocean. Outrun China. A part of the Russian “elite” supports this strategy of the United States, for example, a plan was developed for laying a tunnel under the Bering Strait, and even appropriate equipment is purchased. The governor of Chukotka, Roman Abramovich, purchased the world's largest car for the construction of tunnels.


American “patriots” (part of the US elite who are trying to save the power) want to repeat the old path - after all, the US has become great by colonizing the vast territories of the “Wild West”, effectively destroying Indian cultures and ousting competitors — the French, British, Spanish, Mexicans, Russians (although Russians left North America without a fight). Now the role of the “Wild West” should be played by the huge trans-Ural territories of the Russian Federation. True, the USA’s competitors are very strong - these are Japan, Korea, China, the European Union, the Islamic world. Therefore, in order to capture the largest possible territory of Washington, it is advantageous for the Russian political "elite" itself to "surrender" these lands. Under the information noise from the various beautiful, beautiful language about the "friendship of nations", the revitalization of "international cooperation", the need for economic development of "empty territories", the creation of jobs, the "extinction" of the indigenous population, etc.

Zbigniew Brzezinski, a former adviser to the American president on national security, spoke at the Yaroslavl World Political Forum, among others. Brzezinski said that potential cataclysms can pose a great danger to the survival of mankind, and they can be prevented and only necessary by common efforts. In this regard, the Russian Federation is important for the entire world community, and its modernization gives potential "for alliance with both Europe, the USA and China." And world stability can be realized “only at the expense of large-scale cooperation, and not imperial domination”.

And then the old Russophobe announced a version of such cooperation: by 2050, it was necessary to create a “new community from Vancouver to Vladivostok,” although Brzezinski did not specify which side should be joined. It is clear that he had in mind that the union should extend towards Eurasia and the Atlantic, thus closing almost the entire Northern Hemisphere of the planet. Yes, and the hidden part of the "iceberg" is very interesting. Given the information that was announced earlier (for example, the plan of the "North American States of America", which should include Mexico, the United States and Canada), Zbigniew Brzezinski makes it clear that the northeastern part of Russia would be good to link to North America, that is, the United States and Canada .

Russia in the situation of the global financial and economic, social and political crisis looks very attractive in order to solve its problems at the expense of it. Almost all types of natural resources are abundant on our territory, including energy resources, forest, agricultural land. The huge water resources of the North and Siberia, almost unaffected by human activity, are of enormous importance. After the death of the USSR, the gaze of our "partners" and "friends" is increasingly turning there. Conquering wars carry significant risks, since Russia retains significant nuclear and military capabilities, so our "friends" talk about various forms of cooperation and integration. In reality, they want to surrender without a fight, so that the Russian people and other indigenous peoples of Russia are still quietly dying out, eroded by "hardworking migrants." They need resources and "empty territory", working hands on the planet, in their opinion, in abundance, Russians - "excess people". Brzezinski - “mouthpiece”, voicing our future.

The most interesting thing is that in Russia they have their “agents of influence” who consciously or unconsciously act in the wake of the plans of the American “benefactors”. The space from Vancouver to Vladivostok may well become a reality, in particular, thanks to the implementation of one of the already long-cherished projects of giants. We are talking about the construction of a tunnel or bridge in the area of ​​the Bering Strait.

The idea is not new, it appeared at the end of the 19 century. It is based on the fact that in the narrowest point of the Eurasian continent separates from North America the entire 86 km of relatively shallow sea. The transport route through the Bering Strait should open up enormous prospects. 18 August 2011 at the International Conference “Transcontinental Highway Eurasia - America” delegations from the Russian Federation, the United States, China, South Korea, Sweden and Finland discussed the geopolitical, economic, social and technical aspects of this problem. Viktor Razbegin, moderator of the International Conference (head of the Council for the Study of Productive Forces at the Ministry of Economic Development and Trade) noted that the current project plan envisages the construction of a polymaterial, which should combine a highway, an electrified high-speed railway, a communication line and a power line in a single corridor. The cost of the project was estimated at 30-35 billion dollars, which should pay off over 13-15 years.

According to Razbegin, under the strait will take up to 5% of all transport traffic on the planet. And the project involves not only digging a tunnel under the strait, but also laying more than 6 thousand km of railway tracks (4 thousands on our territory and 2 thousands on the US). Russia will also have to build world-class motorways.

The head of Yakutia Yegor Borisov also remembered this plan. He reported on the need to develop transport infrastructure in the eastern part of the Russian Federation. And he added that its development will allow us to more effectively participate in the work of the Europe-Asia transport route, as well as create a fundamentally new transport corridor Eurasia-America. And for this you need to implement a plan for creating an underwater tunnel. According to the estimates of the head of Yakutia, this tunnel “will provide year-round transportation of more than 3% of world cargo turnover”.

It is clear that this project is most beneficial to the United States. They will get faster access to the resources of our east and north, will receive a trump card in the fight against China. They will begin to attract the regional elites of the Asian part of the Russian Federation. The gigantic project will be an excellent tool for integrating North America and the eastern part of Russia into a single whole. The USA will get a chance for a second colonization ... 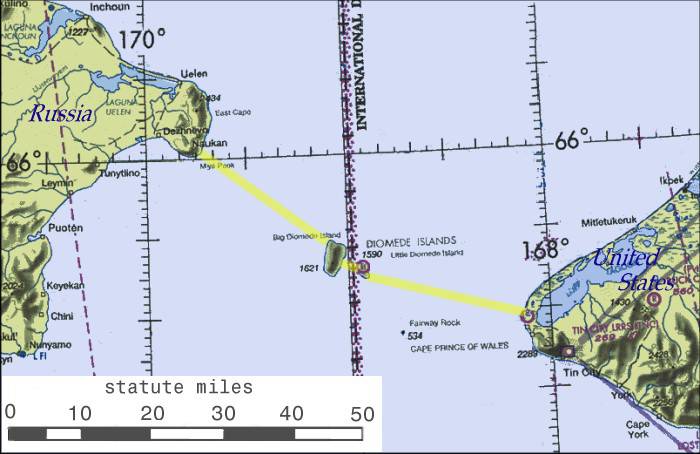 Possible location of the tunnel

We are in Yandex Zen
Results of the week. “Excellent country. There are so many wild monkeys in the forest! ”
Strangulation: the context, conduct and consequences of the American naval blockade of China
47 comments
Information
Dear reader, to leave comments on the publication, you must to register.