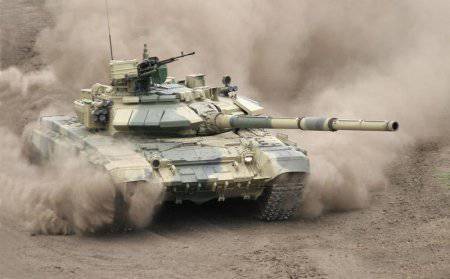 The T-90S rocket-cannon tank was adopted in 1993. Rocket-cannon Tanks T-90 is a new generation of Russian tanks, which includes original design developments and the best layout and structural solutions for T-72 and T-80 tanks. The T-90S tank was created on the basis of a thorough study and understanding of the tactics and strategy of using tanks in the real conditions of modern combat, taking into account many years of experience in military operation of T-72 tanks in different countries of the world, as well as the results of many years of intensive tests in the most severe conditions. The T-90S tank retains the peculiarity of domestic tank building - the classic layout scheme, in which the main armament is located in a rotating turret, the power plant and transmission are in the aft part of the hull, and the crew is separately: the tank commander and gunner in the fighting compartment, the driver-mechanic in office management. Almost every node or system of the T-90C tank has a new quality.

The automated fire control system is designed to conduct effective aimed shooting at long ranges with artillery projectiles and a guided projectile from a tank gun on the move and from a place on a moving and stationary target, a gunner and commander, day and night, as well as from a coaxial machine gun. Provides increased effective shooting range and increased vision at night, including through the installation of a television sight in the tank. The guided weapons complex with a laser beam control channel allows firing a guided missile through the barrel of a cannon from the spot and on the move at fixed and moving targets at ranges from 100 to 5000 m. The optoelectronic suppression system protects the tank from being hit by anti-tank projectiles with semi-automatic guidance systems with tracer feedback. The system of automatic all-round visibility, detection and protection of a tank against anti-tank projectiles with semi-automatic laser homing heads creates interference with the control complexes of anti-tank weapons with laser rangefinders and target indicators. A closed anti-aircraft installation allows the commander to conduct aimed shooting using remote control actuators at air, and in a stabilized mode - at ground targets, while remaining under reliable protection of armor. Built-in dynamic protection is effective against armor-piercing sabot and cumulative shells. The combination of built-in dynamic protection and multilayer armor gives the tank additional survival opportunities in extreme combat conditions. 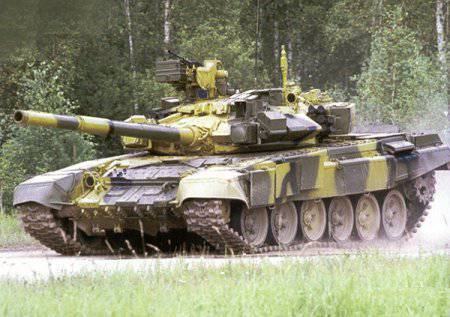 The main armament of the T-90C is a smooth-bore 125 caliber mm high accuracy and high ballistics gun. The use of automatic loader allowed to achieve high rate of fire (up to 7-8 shots per minute), which favorably distinguishes the T-90С tank from the majority of foreign tanks. The capabilities of a tank cannon to combat ground-based armored and low-flying air targets are expanded through the use of a guided weapons complex, which makes it possible to destroy any state-of-the-art tank before it approaches the effective range of its cannon.

The tank is traditionally equipped with a diesel engine, the main advantage of which compared to a gas turbine engine, especially in hot climates and sandy soils, are:

The main tank T-90С can overcome water obstacles up to 5 m depth with non-stop performance of combat missions after overcoming water obstacles. The machine has built-in equipment for self-digging, a device for hanging mine trawls and can be transported by all means of transport. 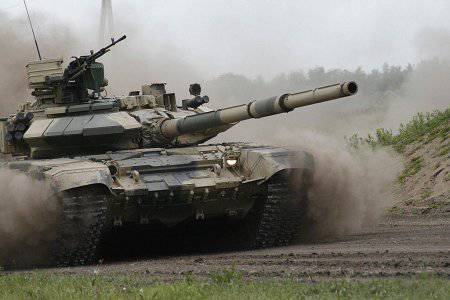