About Gaddafi's chance of winning 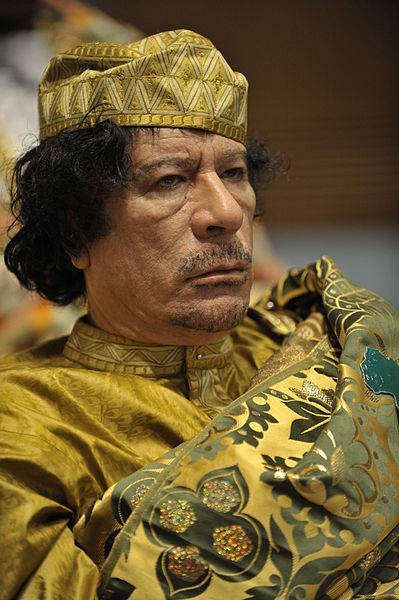 
Several factors speak of this - the rebels and the special services of a number of Arab and western states could not kill Muammar Gaddafi and his family, his sons are alive, first of all Khamis, Mutassim, Seif. Although during the assault on Tripoli, this was one of the main tasks. Libyan resistance gained leaders. Aisha stands as a separate line in the personality factor. After killing her husband and child, the West and the rebels ran into the factor of a liberated woman in the East. The woman in Jamahiriya was indeed significantly freer than in many other Arab and African states, and they have no desire to return to the past, to the world of medieval mores. And now these women have their leader. Consider the factor that these women influence their men.

Tripoli was lost largely because of the betrayal, now all high-ranking traitors are revealed. After the loss of the capital ranks of Gaddafi supporters cleared of wavering and traitors all who would have betrayed and left the ranks of Gaddafi's supporters.

The extreme cruelty of the Libyan rebels (in Russian "Vlasovites") led to the fact that the war between the government forces and the rebels ceased to be their personal matter. The people of Libya, before most of whom were indifferent to this war, now have to take weapon in hand. The rebels are cruel to the civilian population, carry out cleansing against the former supporters of Gaddafi, were even marked by ethnogenocide against blacks. In addition, the change of power leads to the redistribution of property. Many people simply have no choice but to take up arms and protect themselves, their families, their villages.

In addition, the PNS ventured to challenge the tribes of Libya. Although the tribal structure in the Libyan state was already in many ways at the stage of decomposition, Gadhafi’s policy contributed to this, but he is still strong. Especially in regions that are off the coastal cities. And now this factor is starting to work against the opponents of the Colonel. The situation in the cities of Bani Walid and Sirte confirms these findings. This is also evidenced by information from the south in the divisions between the Tuaregs and the tribes of the Great Libyan Desert. Tribes are beginning to fight back. Militias defend their cities territory.

Gaddafi maintains significant support on the African continent. Many African states without enthusiasm perceived the change of power in Libya. The recognition procedure is a formality, if Gaddafi turns the tide in his favor, he is immediately recognized. Almost all of Black Africa has a negative attitude towards the Transitional National Council, the massacres of blacks only added “love”. It should be noted that blacks began to flee from Libya. Part of the Arab world also supports Gaddafi, the same Algeria or Syria. This means that one way or another, the Colonel can count on help, cooperation, or at least the neutrality of many African countries.

Gaddafi has the resources to continue the war. He has money, gold, weapons, people and supply channels, supply schemes.

That is why Gaddafi and his supporters have a chance to win. Besides being played on their side. Further crises in the United States, the countries of the European Union may lead to the collapse of the operation. Libyan rebels without the Western coalition is an empty place. Therefore, further delaying the war and transferring it to the stage of anti-colonial war is the Colonel's most advantageous.

For opponents of Gaddafi, it is necessary to resolve the issue with the Colonel himself and his family, to think about other factors. If they do not change them in their favor, the Libyan campaign will be lost.

We are in Yandex Zen
Functional stupidity and national stupidity
Sensational interview with a Russian officer - military adviser to Muammar Gaddafi
31 comment
Information
Dear reader, to leave comments on the publication, you must to register.