Lumpenization of all Russia. The new generation is the "exultant gopot" 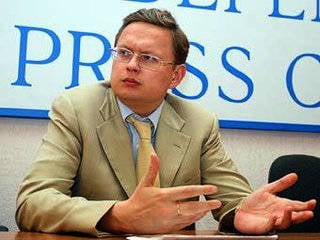 Famous Russian economist, journalist and politician Mikhail Delyagin presented the report “How “prosperous” Russia dies out: causes, dynamics, trends". The study was prepared by the Institute for Problems of Globalization, which is led by Delyagin. According to the authors of the report, the main conflict of our time is the confrontation between the aging carriers of traditional Russian culture and professional skills and the younger generation of the “exultant gopoty”.


"Jubilant gopot", says Delyagin, lives not for long, but it is becoming more and more. “If you don’t feed the jerboas, they will take rest. If you show “House-2” to people, they will be dead too, but not so quickly, ”the expert warns.

According to Delyagin, the modern Russian national idea can be formulated as follows: “Be a moron! Then life will be fun and good! See how well the morons live! ”

He notes that degradation occurs not only at the level of residents of working-class districts, but also in the elite itself. According to Delyagin, there is already “de-racialization, but dehumanization”. “Ten years ago, it was embarrassing to arrange one’s own son to handle a senior position for a high official, but five years ago it became normal,” he sadly states.

According to the expert, Russia is waiting for, if not national, then ethnocultural confrontation. He notes that ethnic clans push disparate citizens out of power. Educated carriers of Russian culture are squeezed out of the country. The result may be the loss of not only national, but also cultural person.

The forecast for the future is also disappointing - if the country continues to move along the same course, then everything will end in a complete collapse, not deprived, however, of hope for a rebirth. “The state cannot do away with the devastation in the heads of doctors and traffic cops until it is done with the devastation in its own head,” Delyagin warns.

If you are lucky, you will have to recreate everything again. Power, according to Delyagin, "like any effective parasite, will exist until the full exhaustion of the forces of its victim, after which it will perish with it or a little later."

We are in Yandex Zen
How can Russia survive and win in the 21st century?
Russia: the Moon, Mars and further everywhere ... Speeches of the participants of the Izborsky club in the corporation "Rosobschemash"
20 comments
Information
Dear reader, to leave comments on the publication, you must to register.