India creates the most expensive tank in the world 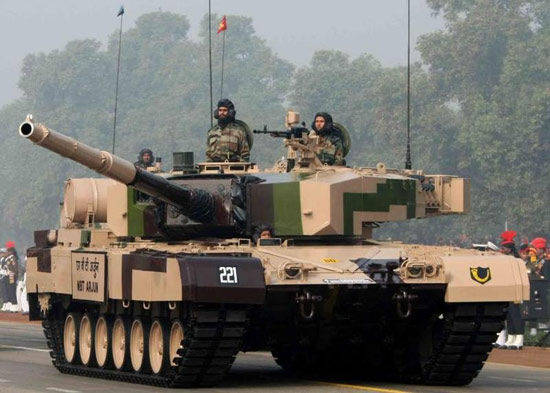 A British source, Jane's Defense Weekly, published material saying that the new Indian tank Arjun Mk2 will have a cost of $ 8,02 million, while the Russian T-90S has a price of only $ 2,5 million. tank even more than the cost of the American M1A1, which is supplied to Iraq at a "predatory price" ($ 6,95 million).

It is reported that the ground forces of India are armed with a limited number of tanks of the previous Arjun Mk1 modification costing 3,68 million per unit. This tank has 60% foreign-made components. An unnamed Indian official said that the new modification has received more than 93 "improvements", of which 13 are "major". The most important modernization program was to equip the tank with guided missiles launched from a cannon. Indian military intend to acquire at least 250 new tanks. The tanks will be manufactured from 2015, at the plant in Avadi (South India).

India imported from Russia 647 tanks T-90С and intends to produce additional licensed 1000 combat vehicles. This decision is due to the high cost of Indian tanks. The sensational cost of the Arjun Mk2 may lead India to abandon its production. The American tank M1NXX has a regular cost of approximately 1 million dollars, and the cost of Iraqi Abrams in 4 million dollars in the press was called “predatory”. The author of the article in Jane's Defense Weekly argues that the fabulous price of the Arjun Mk6,95 completely overthrows the claims of the Indian authorities that this tank will consist of domestic components and assemblies by 2%.

Jane's Defense Weekly sneered at the program to create the Arjun tank as the longest stories program development of military equipment. The development of the tank is from 1972 year. International practice shows that since the development and commencement of mass production of tanks, 8 years usually pass. It is reported that this program was too ambitious and essentially “wrong.” The article says that while Arjun is going through a thorny path of development, Pakistan successfully upgrades Type 59 and 69 Type tanks with the help of China, and now this country has mastered the production of the third-generation Al-Khalid tank (Arabic means “immortal” ).