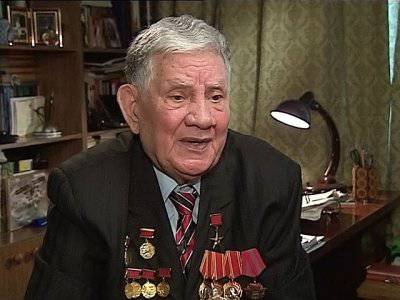 Outstanding designer Sergey Invincible - the creator of a number of unique rocket complexes - celebrates its 90 anniversary. With his direct participation, the Soviet Army received nearly three dozen samples of rocket weaponshaving no analogues in the world.


Among the developments of the designer are the world-famous systems "Baby", "Bumblebee", "Sturm", "Attack", as well as the family of portable anti-aircraft missile systems "Strela" and "Igla", tactical missile systems "Tochka" and "Tochka" "Do." "The main goal of my life is to serve the Motherland. From the very beginning of my life, I tried to help the country in setting up enterprises and creating weapons that surpass the weapons of Germans and Americans," said the hero of the day.

We are in Yandex Zen
ARMY-2016. Training complexes
Anniversary of the famous Borisoglebsky Aviation School (BVVAUL named after V.P. Chkalov). Report "Military Review"
4 comments
Information
Dear reader, to leave comments on the publication, you must to register.