The Tale of Aviator Sikorsky, who dreamed of flying slowly 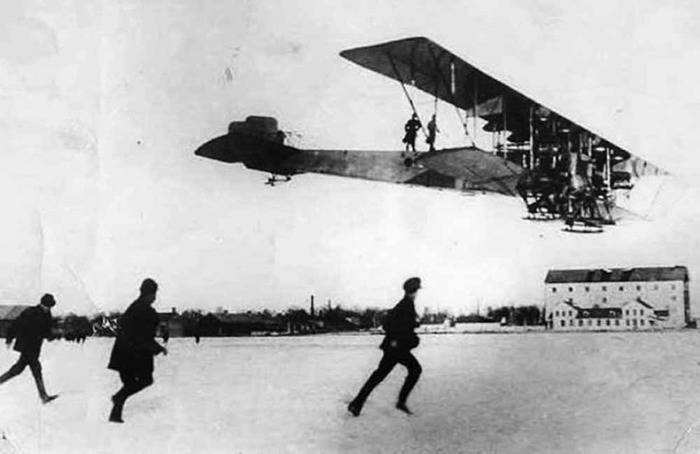 Man always wanted to fly like a bird! With envy, he looked at the winged creatures, who soared soaringly into the sky, fell boldly down and floated in the air currents. And the man built a huge "bird" - the plane. Waving wings could not be created, then for a “bird” with fixed wings a motor was adapted, and the device flew! 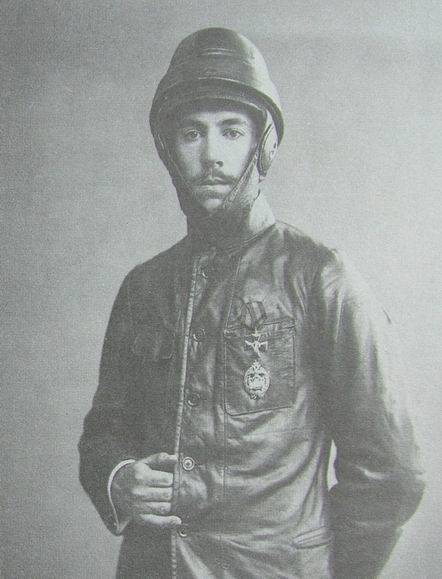 ... The plane became the master of space, but it turned out to be a slave to speed. The air flows around the curved surface of the wings and creates lift, allowing the aircraft to stay in the air, but as soon as the speed drops, the plane falls. And the man dreamed of becoming a real master of the airspace - to change the speed of flight somehow, even hovering motionless in the air, take off from his seat and sit down where he would have to.

- What is so difficult in vertical takeoff? - Andrew interrupted the story of the princes Dzintara. - We need to remove the wings, send the propeller of the aircraft up, and let it lift the car into the air straight from the spot! 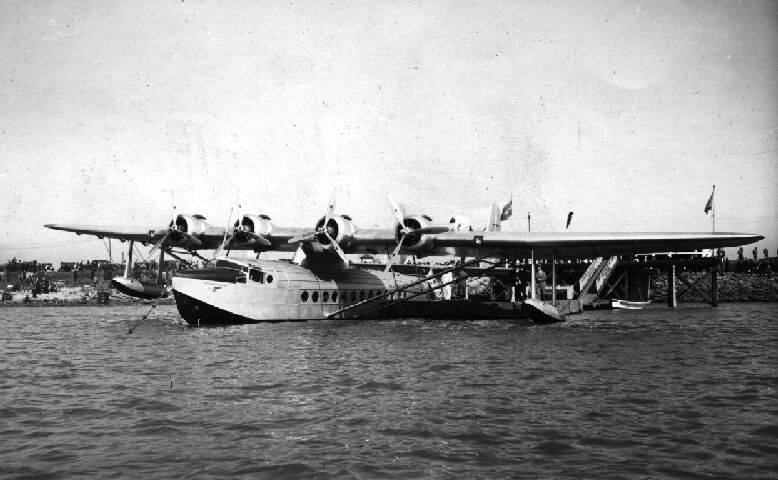 - More Leonardo da Vinci drew such an aircraft. Later it was called "helicopter". But, first, the engine for it must be much more powerful than for an ordinary aircraft, because the helicopter does not have wings that create lift. And secondly, the very first experiments showed that its flight is extremely unstable.

- I thought, - Andrew was surprised, - that it was quite easy to control the helicopter - I tilted the screw in the right direction and fly to yourself!

- The screw is a big top, or, as engineers say, a gyroscope *. If you spin the top and try to tilt, it will resist in the most decisive way. And if you push the top harder, it will begin to sway and eventually fall. 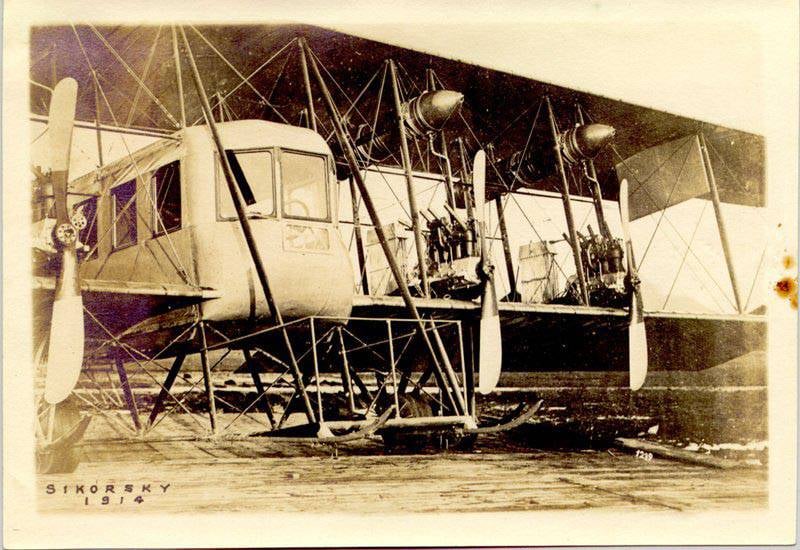 - Mom, wait! - exclaimed Galatea and quickly pulled out of the box red top.

The next ten minutes were spent on experiments: the children spun the top and tried to tilt its axis, but it immediately turned out, and the axis deflected in the right direction only at the first moment, then it shifted sideways, began to describe the circles, and eventually the top fell.

Dzintar, looking at the top rolling on the floor, said:

- Scientists connect such “stubbornness” of rotating gyros with Coriolis force, which prevents the rotation of the rotating body, the merry-go-round, the top or the Earth itself, from tilting, so that it knocks aside the movement of the axis and causes it to describe circles around the original direction. If you try, for example, to walk on a rotating carousel, then you will always be inclined to the side. This is the Coriolis force, which causes the rivers flowing through the rotating Earth to deviate and flush one bank stronger than the other.

For helicopters, the Coriolis force is a stepmother, and for bicycles, a mother. It keeps the bike from falling, and it also creates difficulties in controlling the helicopter when turning the propeller. Twenty-year-old Kiev resident Igor Sikorsky arrived at these conclusions after collecting and testing a helicopter of his own design in 1909. In those years, the inventor could not find an easy and at the same time powerful enough engine for his car. In addition, he failed to rid the device of instability and add maneuverability. Therefore, Sikorsky completely switched to aircraft. In 1910, the young aviator made the first flight on the C-2 aircraft he designed himself, and a year later he received a pilot certificate.

At the age of 24, Sikorsky created the first passenger plane in the world, equipped with bedrooms, a toilet, heating and electric lighting. The four-engine "Ilya Muromets" Sikorsky design raised more than a ton of cargo or 16 people. It happened just ten years after the first flight of the Wright Brothers wooden "bookcase"!

- Did people fly planes without a toilet for a full ten years? - round eyes Galatea.

- On the first aircraft often even the cockpit was not! - smiled princess. - Having created such a wonderful airplane, Sikorsky became a national hero of Russia. His plane was examined by Emperor Nicholas II and, admiring, awarded the designer a gold watch.

"Ilya Muromets" began to produce serially. For Russia, with its huge spaces, this car could become a very important means of communication. But in 1914, the First World War began. Sikorsky's aircraft began to be used as a heavy bomber. During the war years they were built more than eighty. 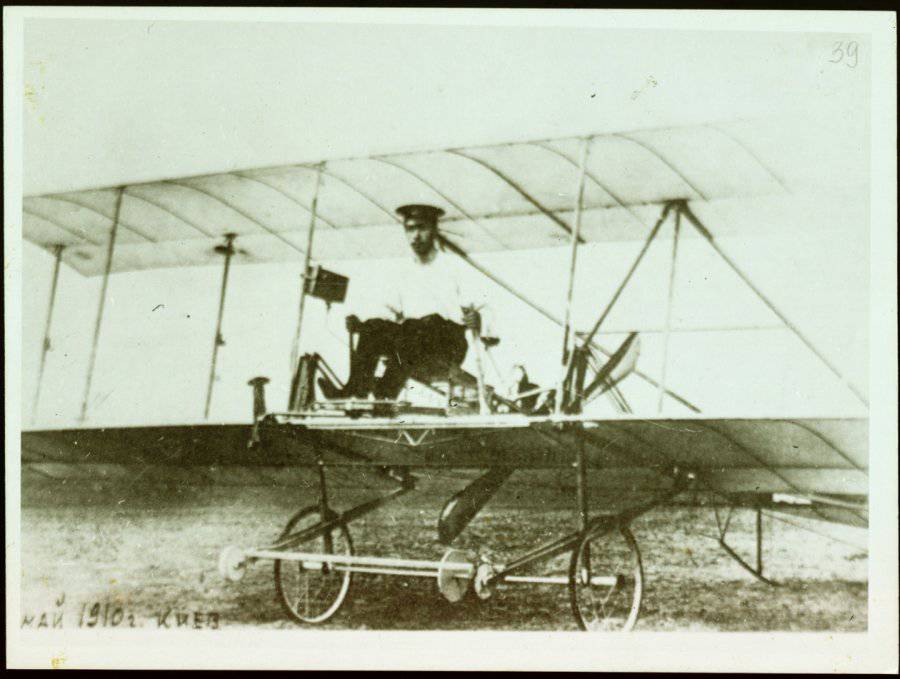 In 1917, Russia was seized by a whirlwind of revolutions, and she was no longer up to the planes. Igor Sikorsky left the country in 1918, first to France, then to America. There he also took up aircraft manufacturing. He started from scratch, worked in the hen house, where he built his first plane on American soil in 1923. In 1924, Sikorsky flew a twin-engine passenger aircraft, capable of carrying passengers other than the 16 crew. But in America, there were still no airlines that could be interested in such a machine, so the aircraft was manufactured and sold in a single copy.

Three years later, Pan American was formed. She ordered the company Sikorsky eight-amphibious aircraft that could land on the water and on land. Amphibian
S-38 enjoyed success: more than a hundred cars bought up very quickly. Four years later, the Sikorsky S-40 seaplane took off, designed for 28 passengers. He became the prototype of larger and more spacious cars. Once the aircraft designer Sikorsky and the famous pilot Lindberg, having lunch on board the S-40, sketched a more sophisticated vehicle on the back of the menu while flying. Thus was born the famous S-42, or “flying clipper”, which could fly over the ocean and carry 37 passengers - a record for those times. 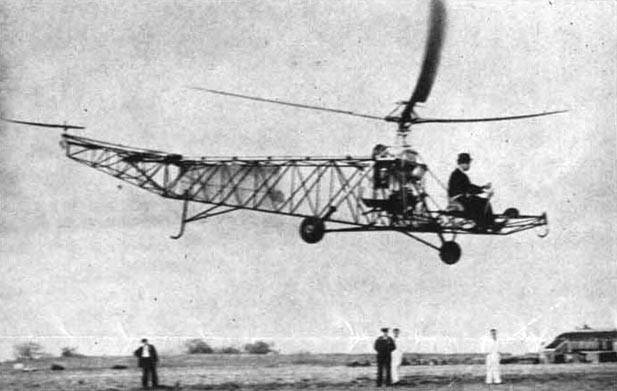 In 1938, Sikorsky decided to start his career as an aircraft designer again, for the third time, and build a helicopter. He still dreamed of teaching the aircraft to fly slowly. Since the time when he was still a student, he built his first helicopter, 30 years have passed. Now a competent engineer took up the case, with a great deal of experience behind him. The global helicopter industry has achieved by that time considerable success. In 1911, Russian engineer Boris Yuryev invented a swashplate, which allows you to change the angle of attack of the helicopter propeller during its rotation. For example, if the helicopter needs to move forward, the pilot changes the position of the swashplate and that increases the angle of attack of the blades while they are behind the axis of rotation of the propeller. The lift on them increases, the car leans forward and flies.

In 1922, a Russian-born engineer, Georgy Botezat, built the world's first four-rotor helicopter in the United States. He was very bulky and took off only a few meters. However, the helicopter's carrying capacity remained unsurpassed until the start of the 1940-s. Alas, the military, who financed the project, did not impress Botezat’s helicopter. They decided not to improve the car and switched to the creation of autogyros **. 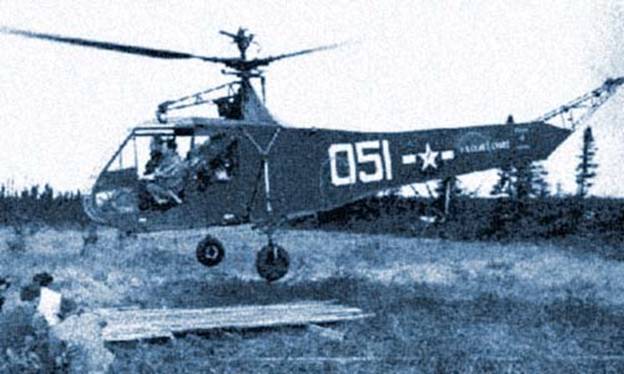 The first experimental Sikorsky helicopter took off in 1939 year. He was so successful that he broke the record for the duration of the flight, having spent more than an hour and a half in the air. After two years of refinement, the S-47 double car went up to the sky - the world's first helicopter, which began to be mass-produced. Total built 131 car of this type. During these years, several helicopter designs were developed in Russia, which flew quite steadily and even set world records for altitude and flight range. The work on them was interrupted by the Great Patriotic War.

More than two dozen types of helicopters created Sikorsky - first they were made hundreds, then thousands. Many of its aircraft, built in the 50-e and 60-e years of the twentieth century, were so perfect that they are released now. On Sikorsky helicopters fly geologists and policemen, rescue workers and doctors, ordinary passengers and presidents of the United States. Igor Sikorsky became the national hero of America. It is called the "father of helicopters", which gave people the opportunity to fly slowly.

* A gyroscope is the basis of a device capable of measuring changes in orientation angles. If external forces do not act on the gyroscope, then the axis of rotation maintains a constant direction. If a force is applied to the gyroscope's axis of rotation, trying to overturn it, then the device starts to precess - its displaced axis describes circles around the original direction.

We are in Yandex Zen
Achtung! Achtung! In the air La Xnumx
From the history of own names of aircraft of Russia, 1885-1917 years
5 comments
Information
Dear reader, to leave comments on the publication, you must to register.