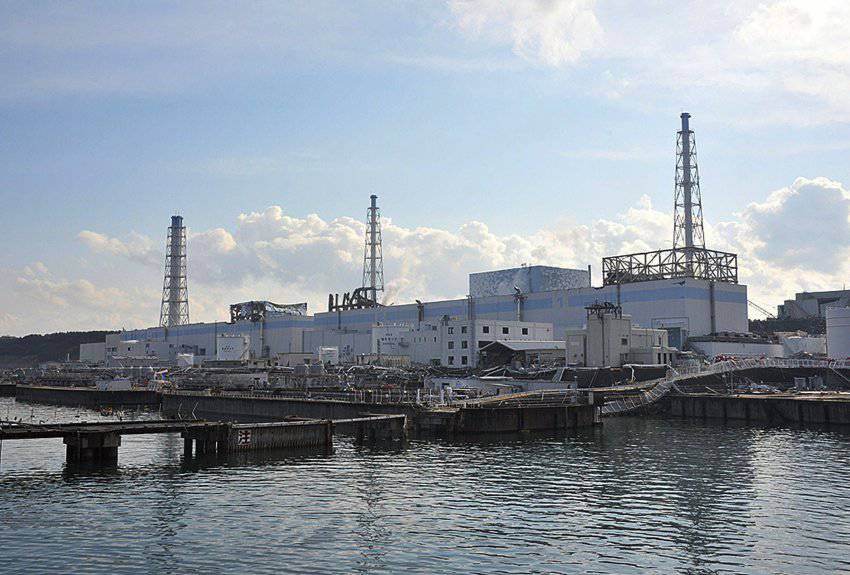 Six months have passed since the strongest earthquake and tsunami in Japan. However, it’s still not a question of summing up any results, also talking about the complete elimination of the consequences of a catastrophe. What is the reason that even such a highly developed country like Japan cannot overcome all the problems associated with the March catastrophe?

The whole thing is that the earthquake and tsunami caused the accident at the Japanese nuclear power plant Fukushima1. Initially, the Japanese authorities either deliberately kept silent about the scale of the tragedy, or did not realize the seriousness of the events at Fukushima1. And these events have long passed into the category of uncontrollable.

If in March, the world media announcing the accident on Fukushima1, said that its danger is not as great as it was at Chernobyl, today the fullness of the disaster was assessed throughout the world. Even global analysts believed that Japanese nuclear scientists could quickly eliminate all negative consequences. The elimination has begun. However, if we compare its scale and pace with the liquidation of the consequences of the Chernobyl accident, the actions of the Japanese were too slow and arrogant. Representatives of the Russian nuclear industry immediately offered their help to their Japanese colleagues, however, they apparently decided that they should not take the dirty linen in public and wished to cope on their own. This position of the Japanese authorities is completely incomprehensible. For obvious reasons, the experience of the Russian side in dealing with the aftermath of contamination of large areas is enormous, but the Japanese did not want to take this into account and got what they got.

What is happening today at the Fukushima NPP1 and in its vicinity. The Japanese government was forced to relocate the residents of the prefecture where the affected nuclear power plant is located. Now around the station there is a zone of alienation with a radius of about 20 km. However, the constant jumps of the radiation background may soon lead to an increase in the radius of alienation.

More than a hundred thousand people lost their homes and jobs. It is worth noting that the prefecture, in which Fukushima1 is located, brought a huge income to the state treasury thanks to fisheries. Today, many seafood processing plants are simply washed away with a huge wave, and all that they managed to survive is contaminated with radionuclides. Many residents of the prefecture do not understand how to live. Despite the assistance provided by the new Japanese government, it will take dozens more years for the situation in the prefecture to change for the better.

Today, the level of radiation at the destroyed station is so high that on the scale of radioactive contamination the catastrophe ranked on a par with Chernobyl. At the same time, many international experts say that the tragedy on Fukushima could have much greater consequences for the environment than the events 25-old years ago in Chernobyl. Then the station released all the radiation into the atmosphere for several hours. At Fukushima, there is a prolonged uncontrolled release of radiation, with most of it going to sea. Convection flows quickly mix contaminated water, and the process of contagion spreads further.

Seaside ichthyologists are already saying that the appearance in the Far East of Russia of a large number of sharks from more southern waters is the result of the Fukushima accident. Sea predators, as is known, have a special body that registers radiation, therefore, it is possible that they simply decided to find a new place of residence.

How are going to solve the problem with Fukushima1 Japanese authorities? If you look at the situation from the outside, the whole process of mitigation seems so slow that nothing good can be expected in the near future. So far, special units have begun to build the dome, which protect the "nuclear boiler" from rain and wind. The work proceeds according to the principle of the Chernobyl variant, however, proximity to sea water makes the situation extremely difficult. Even if the dome is erected in the shortest possible time, a new flood can simply crush the concrete walls like an egg-shell, with terrible consequences.

Medical organizations in Japan today are sounding the alarm. According to some data, an increase in the incidence of cancer in people in the north of the country is expected in the coming years. According to official data, the tragedy at the Japanese nuclear power plant led only to 2 victims. However, the number of victims of the black march 2010 may increase hundreds, if not thousands of times.

It is worth noting that with all the scientific and technological progress, man still cannot resist nature. Both Chernobyl and Fukushima are bright warnings. This is a lesson that humanity can not learn.