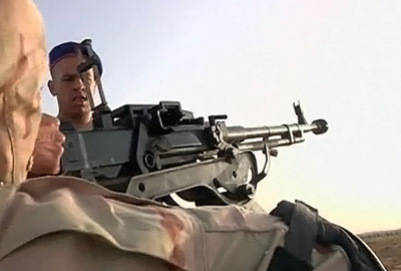 Armed clashes occurred in Libya on Saturday between opposition groups. As a result of 12 shootings, a man was killed and a large number of people were injured. Representatives of the regions located south-east of Tripoli, in which these incidents took place, told reporters today.


The armed conflict, according to the first data, arose between the two opposition groupings that had long been competing with each other. On the one hand fighting groups from the cities of Kikla and Garyan participated in the clash, on the other - a group from the city of S-Saba.

We are in Yandex Zen
"Revolutionary-victors" in Libya are already fighting with each other
Battle of Tripoli
19 comments
Information
Dear reader, to leave comments on the publication, you must to register.