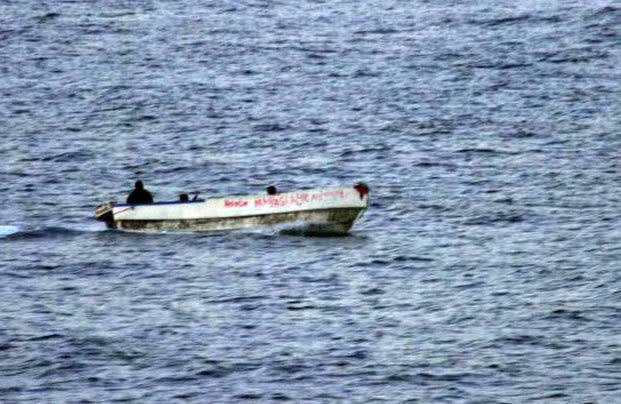 As shows история humanity, piracy is a phenomenon with a very ancient history. Piracy in the days of the Minoan civilization, the ancient Greeks and Phoenicians. People wishing to profit from someone else's good, always enough. But only in the majority of the population this phenomenon is associated with the film “Pirates of the Caribbean”, sometimes with caravels, galleons, with Tortuga, John Silververe from “Treasure Island”. Although, someone may recall the Soviet film “Pirates of the Twentieth Century”, there the sea robbers owned a fairly modern ship, had their own island, where they sat out between the pirate raids.

Somali "pirates" strongly knocked out of this associative series. Some wild negros in small boats inspire fear of the entire world community. This phenomenon is truly unique, if you do not take into account the fact that all the events around Somalia are well planned. The actions of Somali robbers fit into a certain scenario of current and future events.

A person with a sound mind will never believe that the mighty fleet of the United States and Navy of NATO countries, a number of leading countries of the world, cannot cope with a gang of sea robbers.

Therefore, a legitimate question arises: Where is the United Nations resolution on the need for a peacekeeping maritime and land operation in Somalia, in order to eliminate piracy in this region of the planet? After all, many countries suffer from the industries of sea robbers, suffer great losses, and the prestige of the great powers themselves suffers. For example, in April, at the anti-piracy conference in Dubai, the damage from this fishery was estimated to be from 2011 to 7 billion dollars a year. For comparison, only small groups of disgruntled people were enough to attack against Libya. And then there are direct armed attacks on ships. Where is the reaction of the world community? Why not bring order to the collapsed independent Somalia?

Somalia currently consists of several state entities. The situation of the population that lives off agriculture (mainly livestock) is aggravated by the fact that Somalia has almost nothing to offer the world market. There is some natural gas, some ore, but they have no strategic value for other countries. Somalia is a country not even of the third world, but of the fourth, one of the poorest regions of the planet. The situation is worsened by regular droughts, undermining the food base of the population, and constant local conflicts. Therefore, the most profitable occupation becomes sea fishing. The “Pirates” are also complaining, they say, to the naval forces of the international forces that “cause great damage in the region” and interfere with the “work”.

If you combine the naval forces of various countries (October 7 2008 of the UN Security Council adopted resolution 1838, it allows states to use their naval and air forces to fight pirates in the Somalia zone), which are involved in patrolling, then a decent fleet will be released. So, ships of the Russian Federation, NATO countries, India, China, Malaysia, Korea, Japan, etc., not less than 20 states participate in the operation. In 2008, the EU launched Operation Atlanta, the first international collective action to combat piracy off the coast of Somalia. It turns out that a more patrolled coast of an African country cannot be found. The whole world is guarded, and successful attacks of pirates both happened and happen. The media regularly skips messages about another successful or repulsed attack by Somali sea robbers. Moreover, the pirates manage to expand the region of their operations, penetrate into the Indian Ocean. And this is after the start of the operation of international forces! In 2010, Somali sea robbers captured a record number of trophies - the 53 civilian vessel and the crew member 1181.

When you look at the "armament" of Somali pirates, a number of questions also arise. It is not clear how, by what miracle, pirates in general seize ships in their boats. These are ordinary fishing boats and boats. And the naval forces of the countries of the whole developed world cannot overcome them? It is difficult to believe in it, if at least sometimes the brain is turned on. Those who are caught are usually simply released. 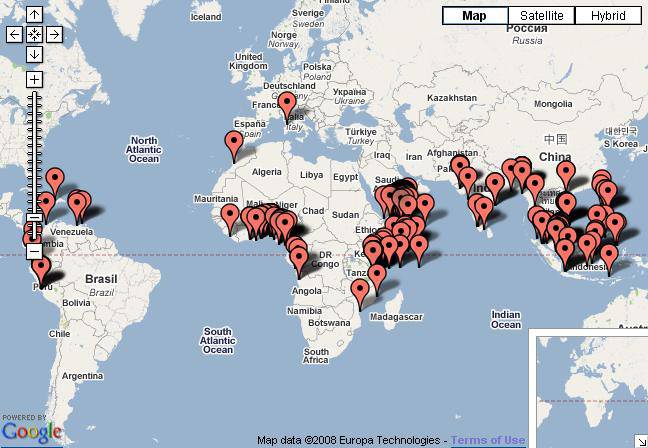 Attacks of pirates on ships.

Various experts have repeatedly reported that if there was a desire to solve this problem, it would be solved. Pirates have bases, strong points, communication channels. All their ground bases are well known, there are also their maps, they can be destroyed, striking a serious blow to their cause. You can arrest intermediaries who have a stake in the same London. But we still see only the struggle with the consequences. Only the French and US naval forces are fighting the most with sea robbers so far: they often shoot to kill, commit power grabs. However, they use such methods only during the liberation of compatriots and ships marching under the flags of France and the USA.

What could be done?

“The international operations of the sea forces cost hundreds of millions of dollars every year, according to a number of specialists, if this money were spent on restoring the statehood of Somalia, the country's economy, its coast guard, the level of piracy would plummet.

“A strike at well-known coastal pirate bases would also reduce the number of their attacks, as well as the tightening of international legislation. Pirates at all times punished very strictly - usually the death penalty.

It should be noted that this phenomenon (“Somali pirates”) fits perfectly into the scenario of the general destabilization of the Islamic world and Eurasia as a whole. Allows the United States and NATO to keep on the strategic sea route a significant combat-ready grouping of the Navy, which can be used for other purposes, for example, to strengthen forces directed against Iran.