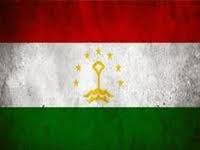 It would seem, so from whom it would not be worthwhile to expect Russia to reproach the "occupation", so it is from quiet and gentle Tajikistan. In contrast to the boorish Baltic states, which have crossed the line of Georgia’s decency and are kicking Belarus and Ukraine here — silence and grace. Is that Afghanistan is alarming at hand, but drug trafficking routes, but at the official level, bilateral policy is proceeding in an exemplary and everyday way.


However, it happened. The local intelligentsia unexpectedly “mirrored” and issued to the mountain a remarkable document, kept in the almost forgotten style of the 80-x and 90-junction, when the Union Republics wanted sovereignty so much that they “could not eat”. Eat then, by the way, some really could not. However, this rhetorical digression is a memory refreshment for. The essence of the claims to Russia is beaten up and inexpressibly vulgar. The text of the letter speaks for itself.

“President Medvedev, in the presence of the President of Tajikistan, questioned the very notion of independence of our country and announced that Tajikistan would remain hostage to Russia's policy for another half a century. We are confident that Mr. Medvedev should publicly apologize to the citizens of Tajikistan for such a statement, ”the authors note. If from someone's life suddenly this is not the most interesting episode of stories bilateral relations, I recall: September, Russian President Dmitry Medvedev 2 during a meeting with his Tajik counterpart, Emomali Rakhmon, said that he had ordered to prepare an agreement to extend the stay of Russian military bases in that state for 49 years.

Amazingly, the president did not hint in words or gestures that Moscow intends, figuratively speaking, to take Tajikistan “hostage” to its policy. It is equally strange to say that this republic is in such a position today. Unless, after distorting logic, one can say that Tajikistan is “under the yoke” of Russian money. That is, that is - according to official data of Rosstat, in Russia there are about a million Tajik citizens, whose “investments” in their home country have already come close to $ 3 billion a year. This, I emphasize, is only official data.

But more - more! We read the document further: “Even if we imagine the most terrible picture, when, after the withdrawal of the American troops, Tajikistan begins to fight the Taliban, we should not forget that a huge number of Tajiks live in Afghanistan. These are those Tajiks who were separated from us by the efforts of the Russians and the British. And their love for Tajikistan cannot be compared with the “unlimited love” of Russia for Tajikistan. ” That is, the authors at least believe that the Tajiks who by the will of fate in Afghanistan, happen to be the “terrible picture”, will certainly kill the Taliban in the name of love for their homeland? Awesome naivety. And this is if we discard the deliberately offensive for Russia distrust of its ability to act as a stabilization factor in the region (this is not the case yet, but it would be naive to believe that the Russian authorities, with all conceivable and inconceivable reservations, do not care what is happening near the southern borders of the country ). No, brothers, Afghanistan and the Taliban - it's all too well studied, at the cost of the lives of thousands and thousands of our fighters.

Well, for dessert, apparently, so that the reader relaxed and laughed, the authors drew some joke. “Russia may introduce a visa regime with Tajikistan, which will affect the activities of our labor migrants. Tajikistan, without waiting, must introduce a visa regime with Russia. It is necessary to create conditions for the work of our migrants in their homeland and to find new routes for migrant workers. One of the measures could be the refusal of the services of Chinese workers at construction sites in Tajikistan, ”with the idea of ​​destroying the Taliban patriotic Tajiks in their own lair, this, of course, cannot be compared, but you can laugh. It is interesting to acquaint with this proposal guys in Russia from Dushanbe, Khujand, Kurgan-Tyube and other cities that regularly transfer money to their families living in the 140 economy in the world in terms of GDP near Zimbabwe.

A letter from the Tajik intelligentsia demanding to President Dmitry Medvedev to apologize to the Tajiks for the intention to extend the deployment of military bases on 49 for years in a conversation with the KM.RU columnist Anton Demidov, a sociologist, commented on:

- I think that in any country there are such "human rights activists", the so-called intelligentsia, which leads the country in a certain way. If now the Russian military will not remain in Tajikistan, then I think that Tajikistan and Afghanistan itself will have every chance to go the way of Libya, when with the presentation of such “intellectuals” countries will begin demonstrations, riots, the media will join and, as a result, we will get in their underbelly, radical Islamist states that will threaten us with war and, at a minimum, destabilization in the North Caucasus.

It is enough to recall the not so old events in Kyrgyzstan, when some leaders at the White House called on the Russian authorities to send troops to “pacify” the Kyrgyz-Uzbek clashes — I’m talking about memorable events in Osh. Thus, the backstage planned only to push the opposing sides together with their heads and accuse Russia of provoking interethnic conflicts.

So, this kind of protests should be treated calmly, the Russian business is to ensure their security, surround themselves with friendly states, where attempts of any kind of revolution will be prevented. In addition, a fairly large flow of money goes to Tajikistan from Russia through remittances that are made by citizens of this republic working in Russia. I can still understand when Russia, for its part, may impose visa restrictions in the order of political pressure, but such initiatives coming from within the republic are seen by me as extremely unpopular in Tajikistan itself, they will not find a response among the people, since there is almost every family there anyway gets money from Russia. And if we assume that the decision on the introduction of a visa regime with Russia will nevertheless be made, then there will indeed be a risk of getting a serious destabilization. A huge number of young, able-bodied men who are out of work will simply go to the drug trade, to mercenaries - the consequences in general will be disastrous.

- It is precisely these most poorly controlled drug flows that are now being put forward as the main argument in favor of the visa regime ...

- No visa regime to solve this problem. Those people who offer such a "simple" solution - they either sincerely do not understand the situation, or are deliberately deceiving. The point is not visas, but the fact that a huge amount of drugs are being grown absolutely openly in Afghanistan - by the way, especially impressive “yields” came after the American troops entered there. Our anti-drug and Tajik services should cooperate more closely, more intensively — this is where the main efforts need to be applied, and the administrative closure of the border will not lead to anything sensible.

And the Americans, if they care about the problem of drug trafficking from Afghanistan all over the world, we should start systematically destroying the drug plantation, and not the laboratories - they are being destroyed four times a year, with a quantity that is a hundred times larger.

Ctrl Enter
Noticed oshЫbku Highlight text and press. Ctrl + Enter
We are
What you didn't want to know about EnglandNikolay Silaev, Andrei Sushentsov: Georgia after the elections and prospects for Russian-Georgian relations
20 comments
Information
Dear reader, to leave comments on the publication, you must to register.