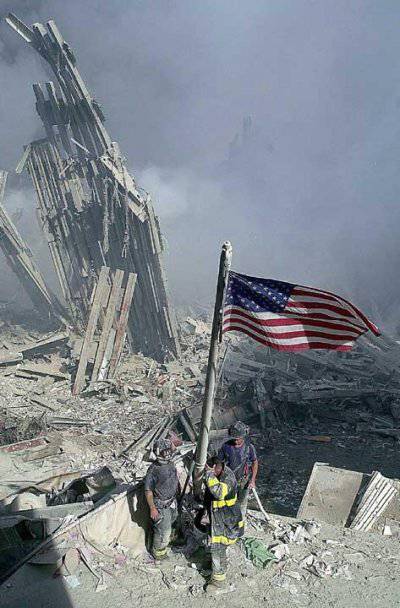 Ten years have passed since the day when one of the worst disasters happened stories humanity in peacetime. This is an unprecedented terrorist attack in the United States. Recall that 11 September 2001, captured passenger liners were sent to destroy certain objects in the United States. As you know, two aircraft rammed the WTC building in Manhattan, the third crashed onto the Pentagon building, and the fourth headed for the White House, but fell in the fields near Shanksville.


It was a real shock, not only for America, but for all of humanity. There were cries that the terrorist underground had lifted its head and was now crushing the entire system of social regulation that had developed over the centuries. Someone, looking at how multi-meter buildings collapse, covered his face with his hands and thought in his mind that the world, in that sense of which everyone knew before, had come to an end. From television screens, from high tribunes, more and more cries were heard that the enemy would be found and destroyed. However, it is worth noting that the events of 11 September were the first in history when thousands of people died, and no one knew the enemy by sight. The US authorities were in dire need of information about who struck the empire a devastating blow.

Do not have time to disperse the smoke of fires in Manhattan, did not have time to settle clubs of asbestos dust, as the face of the enemy appeared on the screens and front pages of all world newspapers and magazines without exception. The enemy was the leader of the terrorist movement Al-Qaeda, a subject of the Saudi crown, Osama bin Laden. The enemy showed himself to be very helpful, because before that the American authorities were like the very Cyclops, whose eye Odysseus had put out. We will not, of course, compare Bin Laden with Odyssey, but the parallel is that the wounded beast, which the United States can undoubtedly be considered, has begun to look for whom to throw out its righteous anger.

Bin Laden, as it turned out, could not even be found by the ubiquitous American intelligence agencies, which already suggests some reflections. Then George Bush, as an ambitious president, made the right decision, as it seemed to the entire American people, to attack Afghanistan, where, according to intelligence data, Bin Laden allegedly hid. However, the search for a bearded terrorist did not lead to anything, then Bush decided to attack (to the heap) Iraq and destroy Saddam Hussein, with whom Bush had a senior score. The decision looked so far-fetched that even today no one in the world can find a connection between the terrorist attacks on Manhattan and Saddam Hussein. If you do not take into account the Iraqi oil ...

The world was distracted from the American tragedy. However, there are still people on the planet who decided to analyze what happened in the USA on September 11. At the same time, such people began to express truly sensational ideas that the attack of a certain terrorist Bin Laden is a fiction of the very American intelligence services. Perhaps no one would have paid attention to the words of these "blissful" if it were not for a number of facts that remain inexplicable even after ten years.

The first inconsistency in the case of the grand terrorist attack of “mean Arabs” against the stars and stripes country is evidenced by the fact that the buildings of the WTC were somehow too well formed after passenger planes hit them. Subsequently, numerous attempts to create in laboratory conditions a situation similar to the impact of a powerful external force on a high-rise construction, led only to the fact that the layouts of buildings collapsed so that their parts flew hundreds of meters throughout the district. The twin towers simply collapsed perfectly along the central vertical axis. Specialists immediately suspected that the buildings could collapse like this only as a result of pre-built explosive devices in certain places of the structures.

In addition to the inconsistencies can be attributed to the fact that since the collapse of the first tower the hole from the plane hit, if it was a plane, was almost perfectly flat. Many military engineers decided to express the words that the first skyscraper was hit not with an airplane, but with a rocket. But if so, by whom and from where was it released?

The next question, which excited many no less than the terrorist act itself, is that a month and a half before the tragedy of the WTC tower, the American billionaire Larry Silverstein purchased. Until now, experts have been wondering why the huge buildings, which bring nothing but losses, suddenly needed a billionaire. At the same time, it was rumored in the USA for a long time that it was time to demolish the towers, since they do not meet any sanitary requirements because of the high level of carcinogenic asbestos. Surprisingly, Mr. Silverstein not only bought towers, but also insured them for an amount exceeding their value. And why did Larry Silverstein highlight the point about a possible terrorist act? How many terrorist attacks did the world know by then about the buildings served by trading organizations?

In general, whether Silverstein had anything to do with the September 11 attacks - the question is open, but the fact that he received in excess of his billions still a solid profit, without having managed to pay a tenth of the purchase price, is an obvious fact.

It should be noted that the catastrophe that occurred in the US in September 2001 of the year, untied the hands of George W. Bush. Now, for obvious reasons, he could invade with his troops anywhere and search for this elusive Bin Laden. Bush would be happy to “search” in Russia, but the Topol intercontinental missiles with nuclear warheads gave him an unequivocal answer that there is no point in looking for Bin Laden in Russia.

What made the world out of that terrible catastrophe, the real organizers of which are unlikely to be known in the near future? Bin Laden destroyed. However, this did not make the world any easier. Moreover, American troops are still continuing to “look for” something in Afghanistan. Hung Saddam Hussein. And the stars and stripes are in no hurry to leave Iraq. The president of the United States has changed, and the witch hunt outside the US is still not over.

In this situation, it is worth noting our American partners: maybe you need to look around and look for these very witches in the immediate vicinity of the White House? I think that the chances of finding them will be much greater than in Afghanistan and Iraq combined. 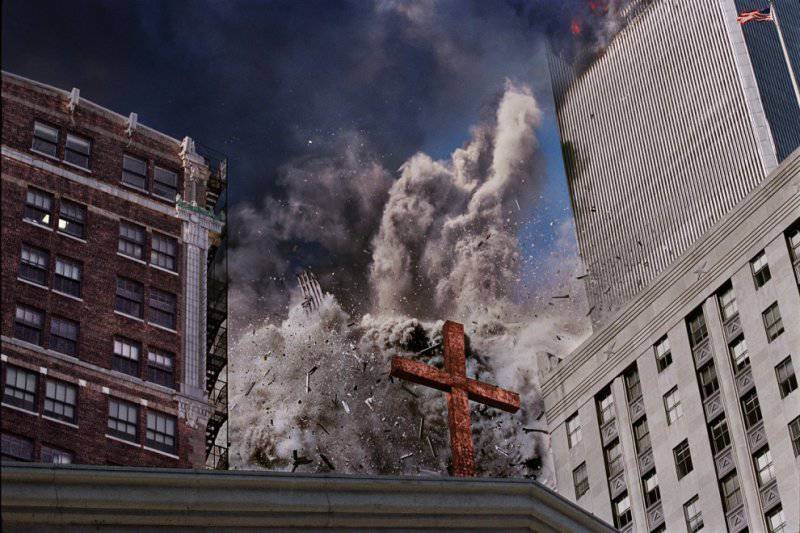 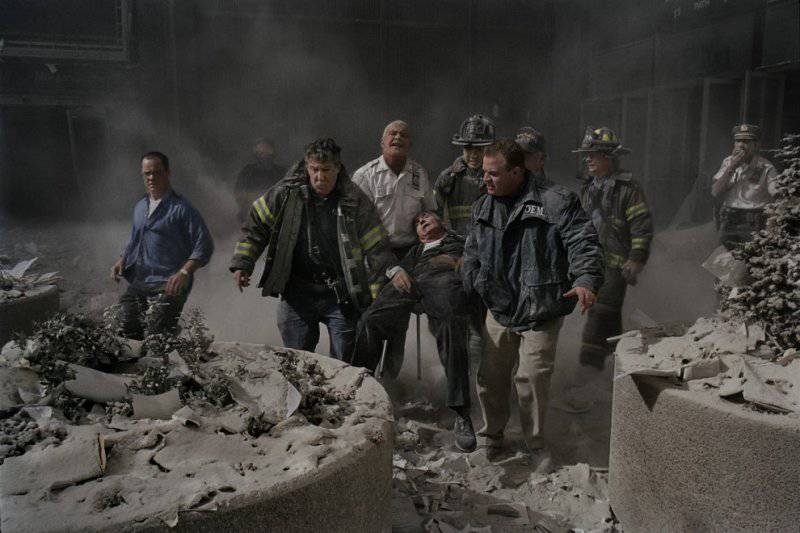 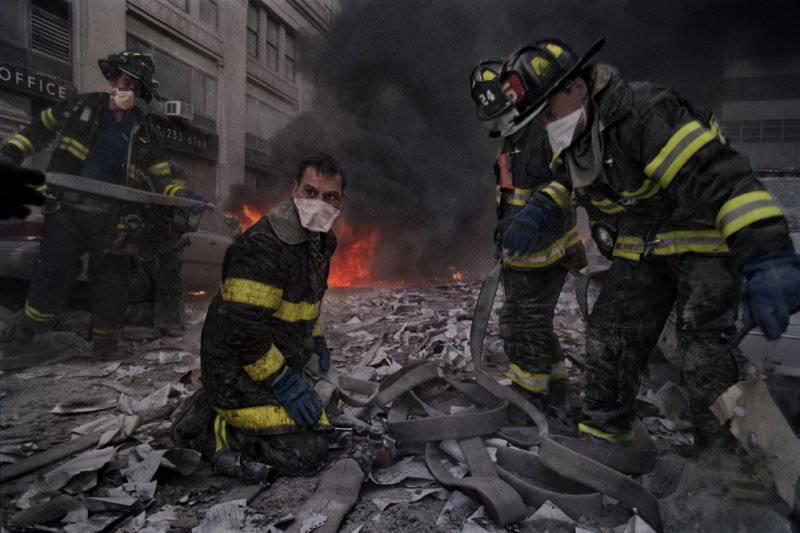 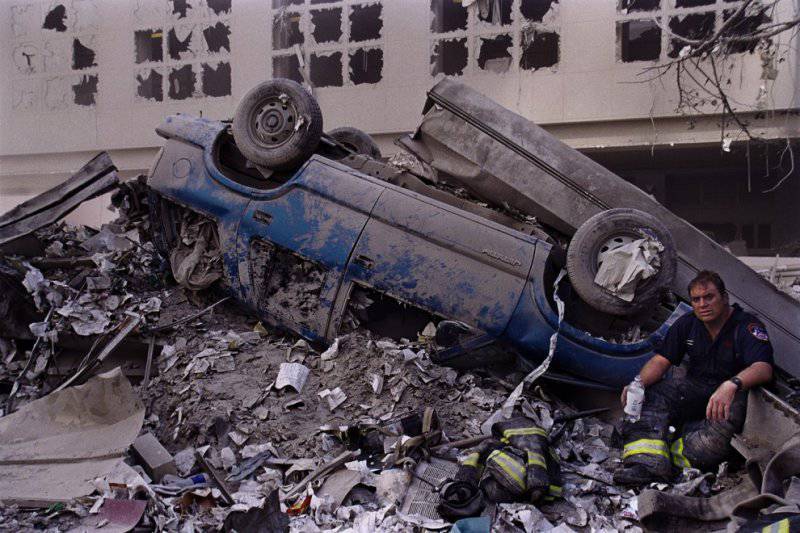 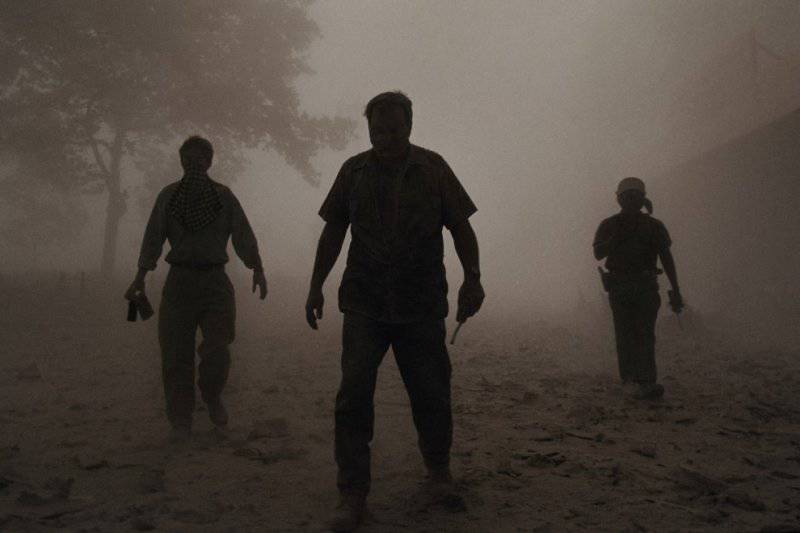 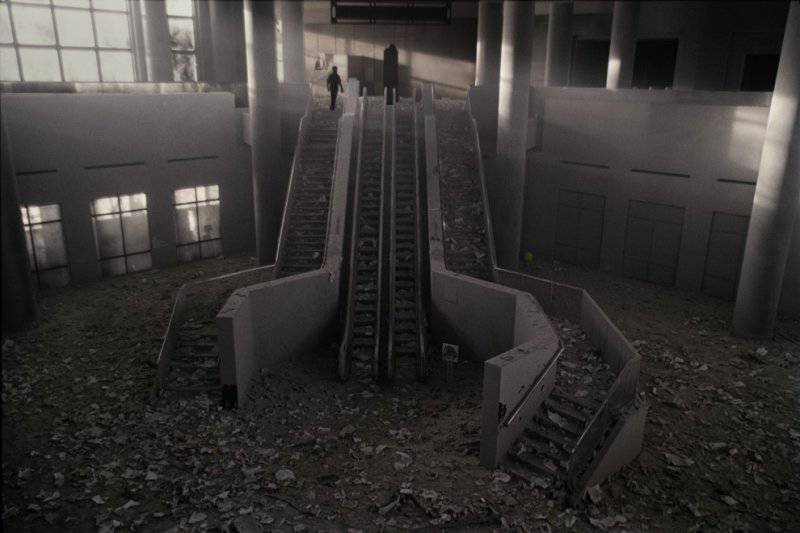 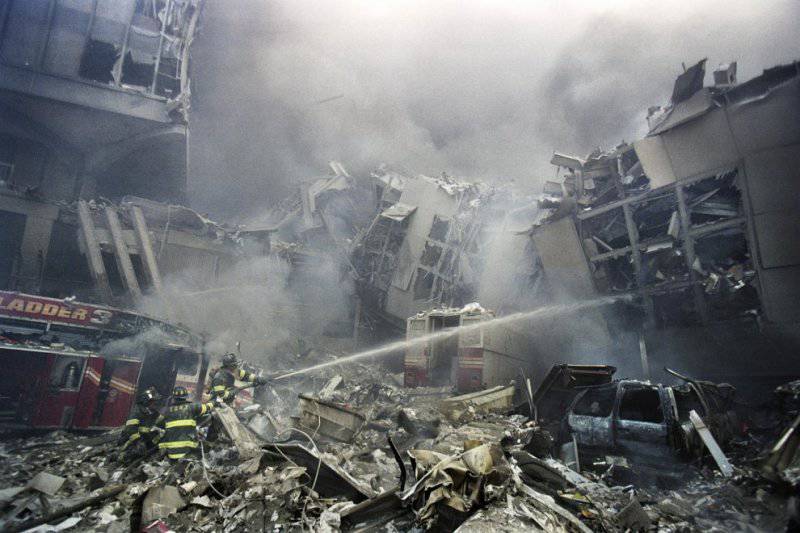 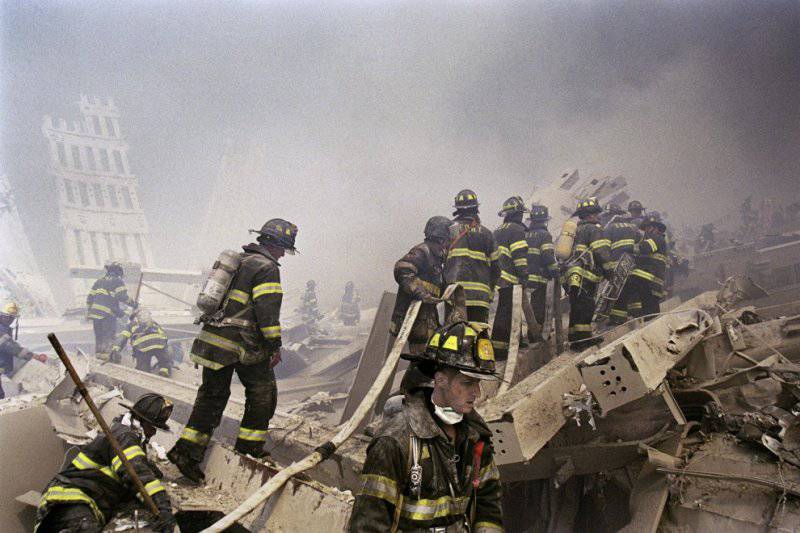 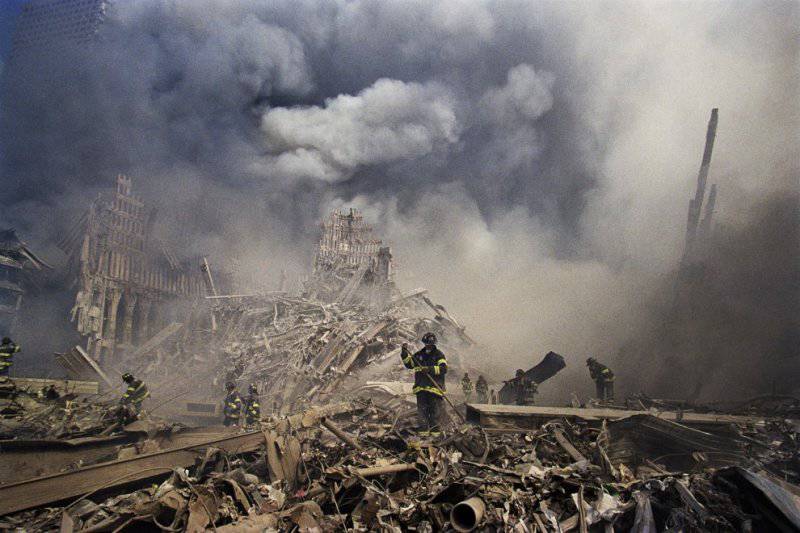 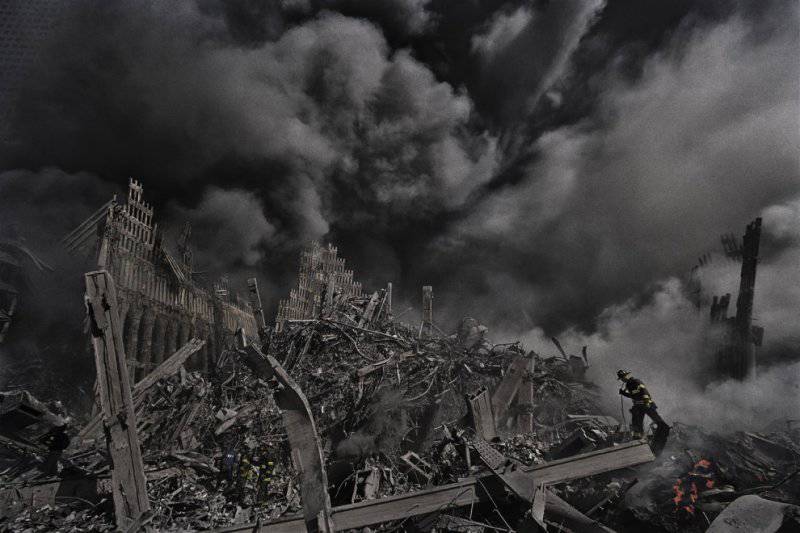 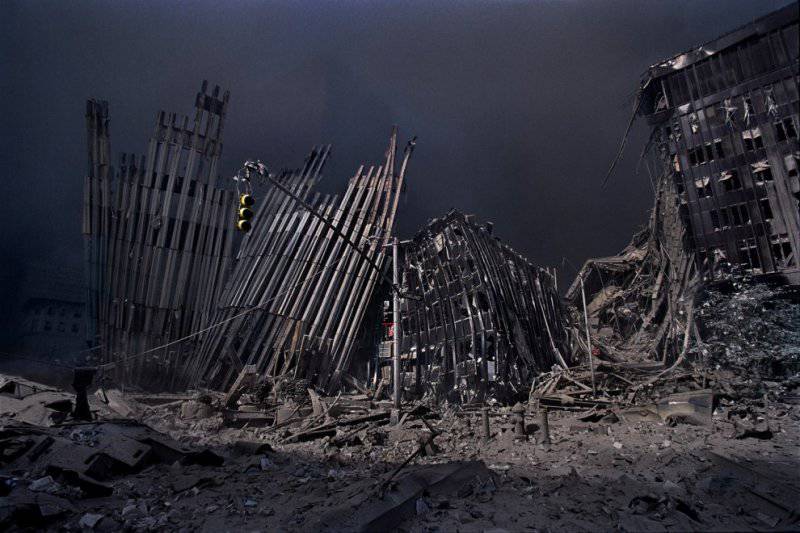 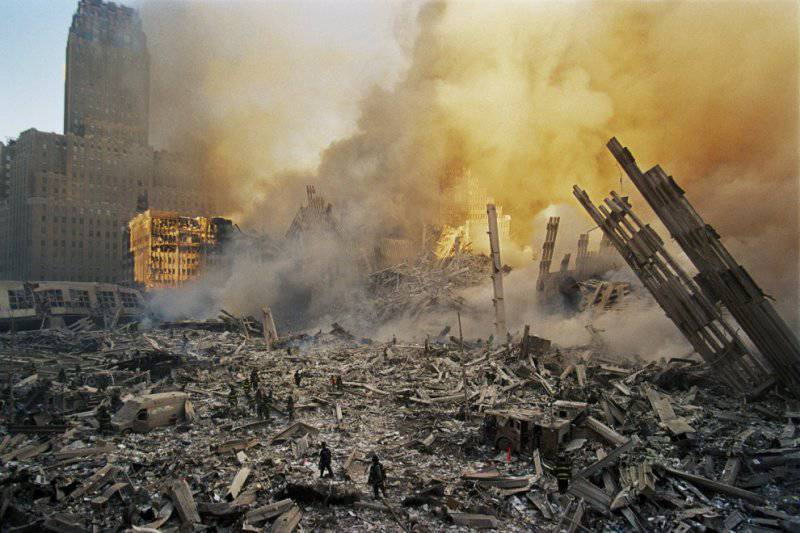 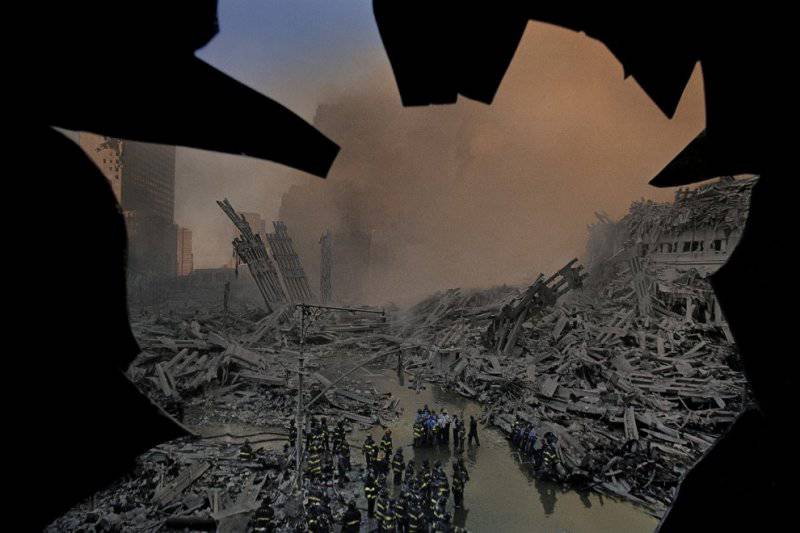 Ctrl Enter
Noticed oshЫbku Highlight text and press. Ctrl + Enter
We are
What you didn't want to know about EnglandList of destroyed the largest and most high-tech enterprises
Military Reviewin Yandex News
Military Reviewin Google News
26 comments
Information
Dear reader, to leave comments on the publication, you must sign in.