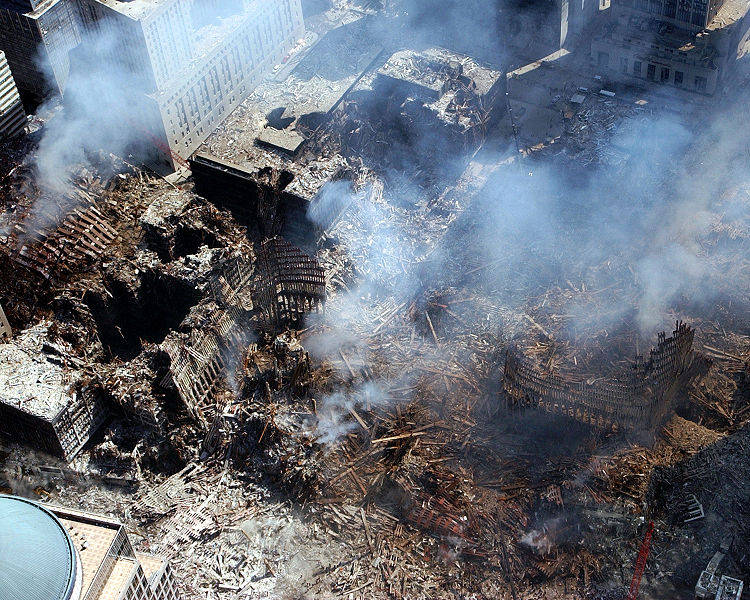 A decade has passed since the series of the most famous terrorist attacks in the newest stories of humanity. As a result, hundreds of people died and the new Afghan and Iraq wars were unleashed.


And at the present time, the Western world is not averse to using this excuse against the Iranian Islamic Republic (IRI). So, on the eve of the tenth anniversary of the 11 terrorist attack on September 2001, the British edition of The Times published an important interview with former British Prime Minister Tony Blair, who currently holds the post of special representative of the quartet of mediators in the peace process in the Middle East region. The English "peacemaker" expressed confidence that the Western world should use military force against Iran, since Tehran refuses to stop its atomic program and negates NATO’s efforts to combat terrorists in Iraq and Afghanistan, allegedly giving serious support to local the rebels.

In addition, we must remember that the American Minister of Defense Leon Panetta has already made a forecast that a revolution will soon take place in Iran, following the example of other Islamic countries. And the President of the French Republic N. Sarkozy announced a potential "preventive strike on Iranian targets."

These high-profile statements continue the information war between Western countries and the Iranian state. In this war, Iran strikes back, so, earlier, Iranian President Mahmoud Ahmadinejad at a meeting of the United Nations reported that representatives of the American leadership "themselves organized the attack (September 11) to stop the fall of the US economy and increase its influence in the Middle East). East to save the Zionist regime. "

This sensational statement could be attributed to the field of "black humor" if the Iranian president did not put forward this hypothesis by Western journalists and scientists. Her supporter is the charismatic head of Venezuela, Hugo Chavez. The Iranian leader invited all those interested in the events of 11 September 2011 of the year to come to the capital of Iran to a special international conference to clarify all aspects of this terrorist act.

The US delegation, in response to this action by Ahmadinejad, left the UN meeting room, and the State Department described the statements of the Iranian president as “disgusting and delusional”. US President Barack Obama called the words "offensive", "full of hatred" and "unforgivable."

In turn, Mahmoud Ahmadinejad called such a reaction by the American authorities “extremely awkward,” because if the US had nothing to hide, then they had to agree with his proposals and not hide the recorded flight recorders from the world from the world.

It is possible that Iran is trying to play on the lead, because the Islamic republic can be accused of participating in the organization of the terrorist act. Thus, the employees of the Iranian secret services who had betrayed their country and went over to the side of the States had already testified in court under oath, according to which the Iranian leadership participated in the September 11 attacks. According to traitors, it was Tehran who helped prepare terrorists for hijacking aircraft and provided financial support to al-Qaida militants after the events of September 2001.

True, with the evidence in the United States, the situation is rather pitiable. The official US version is bursting at the seams. Its essence is that the 19 suicide bombers, among whom there were people with flight training, were actually able to simultaneously capture 4 civilian aircraft, which were sent to the high-rise twin towers of the World Trade Center (WTC) in New York and the Pentagon building. In addition, there was an attempt to hit the Capitol, but ended in failure due to the supposedly heroic resistance of the passengers. The plane as a result of the struggle lost control and collapsed.

According to the official version of the American authorities, which very quickly appeared before the full study of all the circumstances of the incident, the attack was organized by the Al Qaeda terrorist organization. This version was refuted by many experts who conducted their independent investigations. There were questions to which the White House did not give intelligible answers. For example: how many powerful American special services, such as the FBI, the NSA, the CIA, managed to overlook the preparation of such a large-scale terrorist act? Or why, immediately after the capture of the aircraft and the loss of communication with them, the airliners were not brought down by the air defense system, which, as it seemed, reliably covers New York? There are a lot of questions to the purely technical details that the researchers noticed. In addition, the researchers found that in the course of the attacks, some significant figures were not killed, which at that time were to be located in the WTC buildings. One gets the feeling that someone received a warning about the danger.

It is interesting to pay attention to the motives and "bonuses" of the American leadership, the United States as a whole. So, the events of 11 of September of 2001 of the year contributed to a sharp increase in the presidential rating: aggressive statements by the American president about wanting to deal with terrorists anywhere in the world led to the fact that 86% of US citizens expressed support for the presidential course. Washington was able to postpone the beginning of the financial crisis, received a pretext for war with the countries of the Islamic world with the support of the leadership of almost all countries.

However, today, when the illusions created by the world media were somewhat asleep, ordinary Americans already relate to the event quite differently. According to a number of recent polls, almost 80% of surveyed US citizens believe that the authorities themselves were largely to blame for what happened. They at least did not prevent the attack, having information about its preparation.

It should also be noted that what happened was for the White House an excellent reason for a sharp tightening of anti-terrorism legislation in the United States, and other countries followed the example of the United States. Control over society was strengthened, and civil liberties narrowed. This fact did not go unnoticed by human rights defenders. The Bill of Rights Committee made the following conclusion: the US authorities used the “Patriot Act” to expand total control over the Americans themselves, including tapping all telephone conversations and viewing emails. The legalization of this act helped law enforcement and security services not only to invade the privacy of American citizens, in fact, judicial supervision over the security services and the police was eliminated. And in 2002, a new “monster” was created among US intelligence agencies - the US Department of National Security.

With the help of 11 September, the American authorities were able to “channel” the discontent of American citizens. Their protest energy was directed against the "Islamists" of the Islamic world. The level of mass psychosis in the "tolerant" United States was very high. Muslims, people like them, were attacked by mosques.

In ten years, great changes have taken place in world opinion; if after September 2001, many people in various countries really accepted the official American version of what happened, but now the number of those who doubt has seriously increased. According to one of the independent polls conducted in different countries, the official view of events now supports less than 46% of respondents. The rest of the respondents believe that the security services of the US or Israel are guilty of the attack. Some part puts forward other, little-known versions. In the Western states, belief in the official version of events prevails, in the third world countries, especially in the Islamic world, is the version of the conspiracy of the CIA or Mossad. The main goal of the conspirators, according to Muslims, is the war against Muslims, of obtaining a reason for striking the Islamic world.

One thing is clear, until the true culprits of the death of people are punished, there is the threat of a new “show”.
"Change" (original name - "Loose Change")

This is a documentary about the tragic events of 11 September 2001 of the year. The film first saw the light in April 2005. Director, Scriptwriter
Dylan Avery. The film is a journalistic investigation into the terrorist attack in New York. It presents the estimates of specialists in the construction of skyscrapers and their comments on the possibility of the collapse of twin skyscrapers of the World Trade Center. Also in the film, the possibility of self-collapse of buildings was questioned and a version of their deliberate undermining was put forward after they were rammed by hijacked airplanes. According to its creators, the US administration showed at least criminal negligence, allowing attacks of terrorists. It sounds frightening assumption that the US government is directly responsible for 11 September and now hides the truth. A recent poll by The New York Times showed that three out of four Americans now suspect that the US government is hiding the truth about 9 / 11. The share of doubters has risen sharply compared to 2006 year, when only half of the population said they did not believe the official version of the al-Qaida attack.

The spirit of the times (eng. Zeitgeist, the Movie)

A documentary by American director Peter Joseph, in which he criticizes Christian theology, the official version of the attack on the World Trade Center in New York 11 September 2001, the introduction of the Patriot Act in October 2001, the US Federal Reserve, and argues that a group of international bankers is manipulating the media and the global monetary system to ensure the preparation of a unified world government. The official premiere of the film took place on 18 June 2007 on ZeitgeistMovie.com

We are in Yandex Zen
Situational analysis of the death of the MH17 flight (Malaysian Boeing 777), made on the basis of engineering analysis from 15.08.2014
The history of the Iraqi Navy. Part of 2. Iran-Iraq War at Sea (1980-1988)
5 comments
Information
Dear reader, to leave comments on the publication, you must to register.