The head of Roscosmos does not like people working professions? 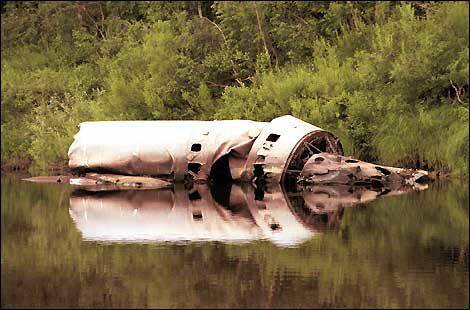 Tangled история with the fall of the Soyuz rocket, which could not launch the Progress space truck into orbit, as it turned out, it could very easily be resolved. Recall that on August 24 of this year the spacecraft launched from Baikonur, and then was lost and soon collapsed in Altai. The public, as usual, was agitated by another incident with the Russian spacecraft. A few days before this disaster, Roskosmos lost its communications satellite. And again - a disaster. The new head of the space department, General Popovkin, immediately received a lot of questions about the causes of accidents, which have already become a real negative trend. The general took a pause, said about the ongoing large-scale inspection, and then declared that all the guilty would be found and punished.


But Russia is so different from other countries that no one here doubts the discovery of the perpetrators. The main thing in all historical epochs in our state was to find the guilty at all costs and to punish so that her mother did not recognize her. Only now more often among the perpetrators are people, frankly, not of the highest rank. Since the economic crisis in the country, we can easily be attributed to a cashier in the savings bank who has been counted off, a sharp rise in the cost of gasoline - to a tanker who does not add 50 grams of fuel to the tank.

In the same way they did in the situation with the fall of the Progress ship. Only General Popovkin was informed that the ship could have suffered a catastrophe due to the depressurization of the pipeline of the propulsion system, as the shrewd head of Roscosmos immediately suggested that Voronezh welders were to blame for everything. Of course, welders, who else! A brilliant explanation of the situation. It turns out that in our defense enterprises a welder is much higher than an engineer, regulatory bodies and even higher than the general director. Why? Yes, because, judging by the ingenious assumption of Mr. Popovkin, the fact that these same welders are welded, nobody even has the right to check at the factory. The commission, which must check the finished products, inspects the ship completely, but they do not question the work of the welders, but simply pass by the welds.

A picture immediately appears in my head, as an angry commission arrives at the Voronezh Mechanical Plant and says: “Well, where is this your welder Vasya? Oh, Vasya, Vasya, how did you let us down (read, helped out)! ”And really, if not for this welder, who could face a real time, and quite considerable, the court would have had to blow himself off to completely different people. At the same time, General Popovkin overlooks not only the fact that at the plant hundreds more people receive wages for controlling the work of such Vasya-welder, but also the fact that the last and most important figure responsible for all the "indigestion" and Russian cosmonautics is himself - Mr. Popovkin.

We will note one more plot with the participation of the sober-minded Head of Roscosmos. Just a few days before the accident with Progress in the accident, but already a road one, the general himself took part in his car with a flashing light. He rammed a battered Moscow car mechanic. By happy coincidence, the mechanic remained alive, but, as he himself says: "It would be better for me not to stay alive." This is explained by the fact that General Popovkin, accused the accidental locksmith of an accident, and now he must pay 1,5 a million rubles in favor of the Head of Roscosmos. To pay such a sum, the locksmith needs to work, as they say, tirelessly, even 10 years. Apparently, General Popovkin has some hostility towards the people of working professions. The trend is obvious: first locksmith, then a welder. Who will be next? Maybe a painter who painted the fallen satellite in the wrong color?

You can’t stop wondering how all the same our officials know how to block each other. Yes, we are extremely far from what is called civil society. Had such a situation happened in the West, General Popovkin would have long ago taken on a welding machine in the rank of junior sergeant. And in this situation, not the high ranks would have sent him there, but ordinary people who cannot bear the overt hypocrisy.

It remains to hope that something similar will manifest itself in our country. And I also want that Voronezh welder, whom our renamed police are already looking for, to wish not to surrender to the end. Maybe in this case, his personal small victory will be the starting point for the birth of a consolidated society in Russia.

We are in Yandex Zen
About Stalin and Khrushchev
What you didn't want to know about England
12 comments
Information
Dear reader, to leave comments on the publication, you must to register.