It's time to dissolve the NATO Alliance out of control ("Global Research", Canada) 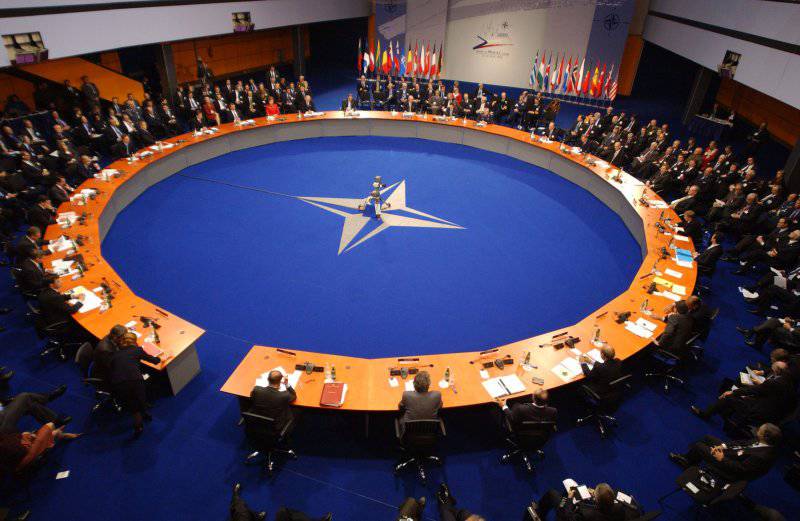 When the cold war ended, many believed that there would be peace dividends, nuclear disarmament, and the dismantling of the military machine with the transfer of industry to a peaceful footing. Instead, we witnessed NATO’s aggressive expansion with the inclusion of the former Soviet republics right up to the border of Russia. This should be an alarm for many who live in the American empire. Many people still live under the obviously false impression that the United States is a model for upholding the rule of law, the sanctity of the United Nations and human rights. After all, the Americans are the good guys who defeated Hitler and made the world safe for the development of democracy in him. The expansion of NATO took place despite the promises made to Gorbachev after the fall of the Berlin Wall and the beginning of the peaceful collapse of the Soviet Union. He was promised that if he dismissed his objections to the inclusion of a unified Germany in NATO as a full-fledged and heavily armed member, the Western countries would freeze the process of admitting new members to the North Atlantic Alliance and would not expand its borders further east. Russia during World War II and Hitler’s aggression lost 20 to millions of people, and its concern about the participation of reunited and strengthened Germany in the NATO alliance, which had previously been its enemy, was quite understandable.


I was in the Soviet Union in 1989 on the delegation of the New York Professional Round Table on those drunken days when Gorbachev proclaimed a new doctrine of perestroika and publicity. Then it seemed that every man over sixty had on his chest medals and orders indicating their participation in the Great Patriotic War. On every second square of Moscow and Leningrad there were monuments to those killed during that war. The Piskaryovskoye cemetery in Leningrad, with its hectares of mass graves, where more than half a million people were buried who died during the 872-day blockade of the city on the Neva, was a painful and tearing soul that still haunts me. The blockade resulted in the tragic death of one and a half million soldiers and civilians, as well as the evacuation of 1400000 people, many of whom died from starvation and died from artillery bombardment. The guide of our delegation at some point asked me: “Why do you Americans not trust us?” “Why do we not trust you?” I exclaimed with indignation.

“What about Hungary? What about Czechoslovakia? Why should we trust you? ”He looked at me sadly and offended:“ But we had to defend our borders from Germany! ”I looked into his pale blue eyes and felt the passionate sincerity of his words. At that moment, I felt that my state had betrayed me, for many years arguing about the communist threat. The land between Russia and Germany is flat as a table. There is no buffer zone interfering with the German attack, with the exception of the mountains in Czechoslovakia and Hungary. The Russians were preparing for defense, building up their military strength. They used Eastern Europe as a buffer, protecting them from repeating the horrors of war that they experienced during the German attack.

And what have we defended, spending many trillions of dollars on nuclear weapons and NATO forces? In eight countries on the European continent, powerful forces were concentrated, including nuclear weapon. And when we were the only country in the world to have an atomic bomb — after Hiroshima and Nagasaki — we refused to place it under international control under the auspices of the UN, as the bomb father Robert Oppenheimer insisted. Instead, President Truman, in his “Baruch Plan,” insisted on an unfair advantage for the United States. He made the American people think that they were behaving sensibly and sensibly, pretending to offer fair conditions for bomb control, although in reality this forced Stalin to create his own atomic weapon. Thus, we have fallen into a tragic and costly arms race, putting at risk our own national security and the fate of our entire planet.

Nothing changed. The empire has no clothes left. They are ripped off. After unilaterally withdrawing from the anti-missile defense treaty with Russia, the United States led NATO to create a missile ring around Russia in Europe. NATO is pursuing the globalization of its military and military operations. An armada of missile-laden warships of the North Atlantic Alliance is plowing the expanses of the world's oceans, and the United States has deployed almost a thousand of its military bases on every continent of our planet. Acting in such a reinforced military composition, NATO members and their allies surround China in the Pacific, as we surround Russia. They reject the repeated proposals of Russia and China to begin negotiations on a ban on space weapons. NATO is a lawless and out of control alliance, intent on using brutal force to control global oil and other depleting resources.

For the first time, the United States involved NATO in illegal activities when they began to bomb Kosovo in the interests of "protecting" people. At the same time, they acted without the required UN sanction, which, in accordance with the charter of this organization, is necessary to start wars that are not waged in order to defend against an armed attack. The United States and its NATO allies refused to apply to the UN for permission to start hostilities, as required by the charter, because Russia threatened to veto such actions in the Security Council in order to protect its ally Serbia.

Despite NATO’s insincere rhetoric about the fictitious “duty to protect” Kosovo Albanians (for which it needed to bomb the Serbs completely), Clinton, as you know, said: “If we want to maintain strong economic relations, including our ability to sell our goods in all over the world, Europe should be the key in this business ... That's what this whole idea of ​​Kosovo is for. ”

It is impossible to believe that the NATO attack on Libya is associated only with the “protection of the civilian population” - after all, hundreds of such civilians were killed by bombs and drones of the North Atlantic Alliance. Here, the old colonial network of NATO is also trying to get Libyan oil. NATO is currently leading three wars: in Libya, Afghanistan and Iraq. The United States is also blindly bombing Pakistan, Yemen and Somalia. Their "pilots" are sitting at the computers, and playing with their joysticks, illegally destroying the "terrorists" with their unmanned aircraft, bringing death and destruction to people invisible from above, killing those whom they suspect of wanting to cause harm evidence of their guilt, and destroying with them a huge number of innocent men, women and children.

NATO is time to dissolve. In May 2012, the North Atlantic Alliance Summit will be held in Chicago. Activists from the masses are organizing around the world, trying to gather their anti-summit in Chicago in order to restore the rule of law as a means of resolving international disputes, as well as present a new vision of global security and world peace. To join this new Call to Action and express solidarity with the movement to disband NATO, contact Judith LeBlanc or Joseph Gerson at [email protected], [email protected]

Alice Slater is the New York director of the Nuclear Age Peace Foundation. She also serves on the coordinating committee of the international network Abolition 2000.

Author:
Alice Slater is the New York director of the Nuclear Age Peace Foundation. She also serves on the coordinating committee of the international network Abolition 2000.
Originator:
http://www.globalresearch.ca/index.php?context=va&aid=26403

We are in Yandex Zen
A great interview with Sergey Lavrov: about Ukraine, Obama and Iran
What you didn't want to know about England
15 comments
Information
Dear reader, to leave comments on the publication, you must to register.