The court of Kiev: Ukrainian military did not shoot down the Russian Tu-154

9 September 2011
14
On Tuesday, the Economic Court of Kiev refused to satisfy the claim of the Russian airline Siberia in the case of the crash of the Russian passenger liner Tu-154, which was allegedly hit by a rocket during an exercise in the 2001 year.


“We won this case. The court announced the operative part - the lawsuit was denied completely, "- said the RIA News lawyer of the Ministry of Defense of Ukraine Andrei Kozlov.

Oleksandr Pavlenko’s lawyer, representing Siberia’s interests in court, announced that the decision of the Kyiv Economic Court would be appealed. 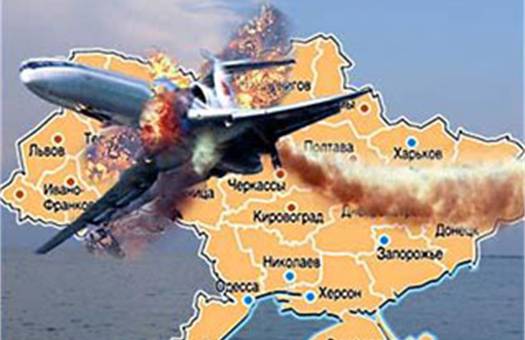 “Of course, we will appeal this decision. I intend to contact my client now. We will take a tougher public position. We gave these six years to Ukraine a chance to sort out this court and did not go out with great criticism on the press, ”said Pavlenko.

Recall that we are talking about the tragedy that happened on October 4 2001 with the Tu-154 plane (85639 tail number), which at the height of 11 thousands of meters made a regular flight No. 1812 on the route Tel Aviv - Novosibirsk. The last time the liner contacted 13.44, after which it suddenly disappeared from the radar screens. A few hours later, wreckage of the aircraft, personal belongings of the passengers and the bodies of the dead were found on the surface of the sea. All 66 passengers and crew members were killed.

As follows from the conclusion of KNIISE, the source of damage to the aircraft could be located both outside and inside the liner, in particular, it could be an explosive device placed “between the ceiling of the inside of the aircraft” and its outer shell. A hint of a terrorist act that excludes Kiev’s responsibility for the catastrophe is more than transparent.

Immediately after publication, the conclusion of the Ukrainian commission was criticized in Russia.

The Commission of the Interstate Aviation Committee established that the airliner over the Black Sea was hit by a rocket launched by the Ukrainian military, who held exercises in the Crimea that day - the Ukrainian military confused a passenger plane with a training target. Ukraine, which at first violently denied the very possibility of its fault in the destruction of the liner, some time after the tragedy, without waiting for the results of the investigation, paid the families of the victims moral compensation in the amount of 200 thousands of dollars for each victim.

In 2004, Siberia Airlines filed a lawsuit in the Economic Court of Kiev against the Ministry of Defense and the State Treasury of Ukraine, in which it demanded to recover 15,32 million dollars from them.

In January of this year, the Ukrainian commission announced that the missile did not shoot down the Tu-154. Experts from the Kiev Forensic Research Institute (KNIISE) and the Kharkov Institute of Air Force said that the passenger liner was not hit by an anti-aircraft missile, as previously thought. Thus, they refuted not only the conclusions of the specialists of the Interstate Aviation Committee located in Moscow, made in 2004, but also numerous confessions and apologies of Ukrainian politicians and the military.
Ctrl Enter

We are in Yandex Zen
60 years ago made the first regular flight of the Soviet passenger liner Tu-104
14 comments
Information
Dear reader, to leave comments on the publication, you must to register.